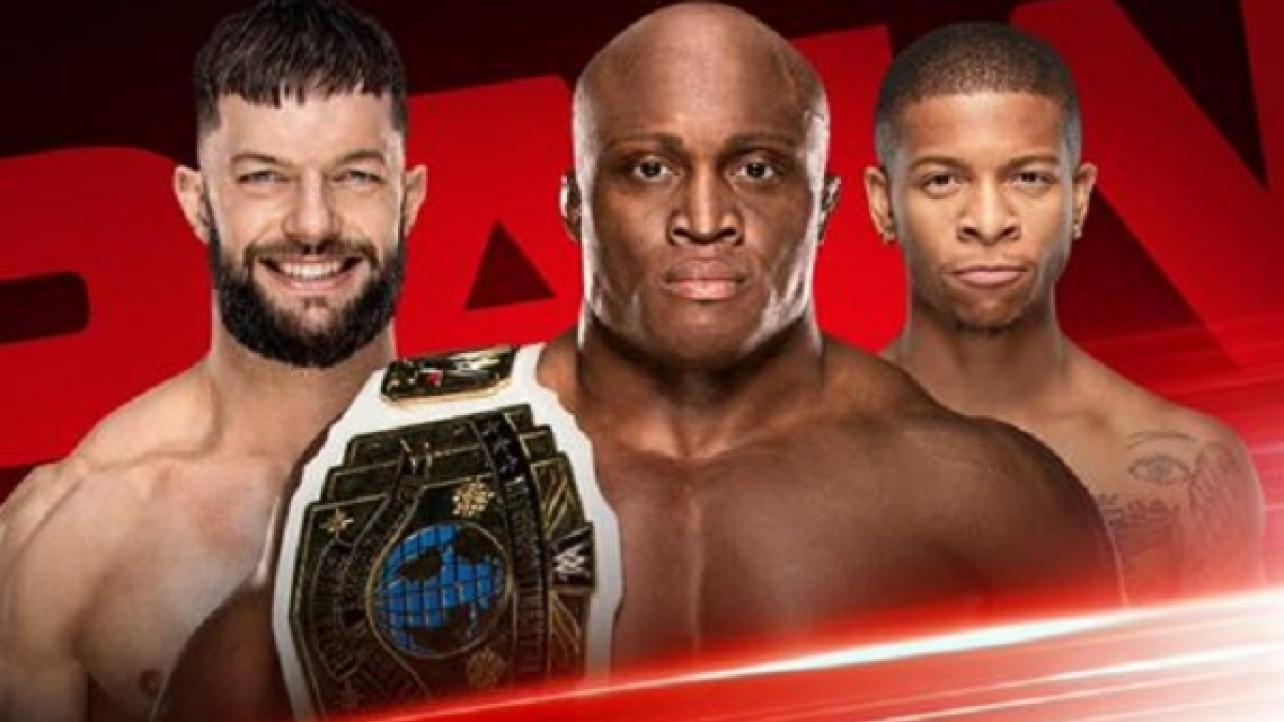 On Saturday, WWE announced a match for this coming Monday night’s episode of WWE RAW.

While it wasn’t made clear whether or not the title would be on the line, it was announced on WWE’s official website that WWE Intercontinental Champion Bobby Lashley will be going one-on-one against Finn Balor on Monday night’s show.

One week after an already injured Finn Bálor suffered a beatdown at the hands of Intercontinental Champion Bobby Lashley, The Extraordinary Man will get his chance for redemption when he battles “The All Mighty” one-on-on on Raw.

Bálor is as gutsy as they come, and despite absorbing the crushing offense of Universal Champion Brock Lesnar and the unstoppable Lashley in back-to-back nights, the Irishman refuses to back down. Will the battered Bálor be up to the task of bruising Lashley’s ego?

Also on RAW, Kurt Angle will address his future in WWE.

…and you thought the beating @BrockLesnar gave you was bad @FinnBalor. Just you wait. #TheAllMighty https://t.co/0ii5p8RJve