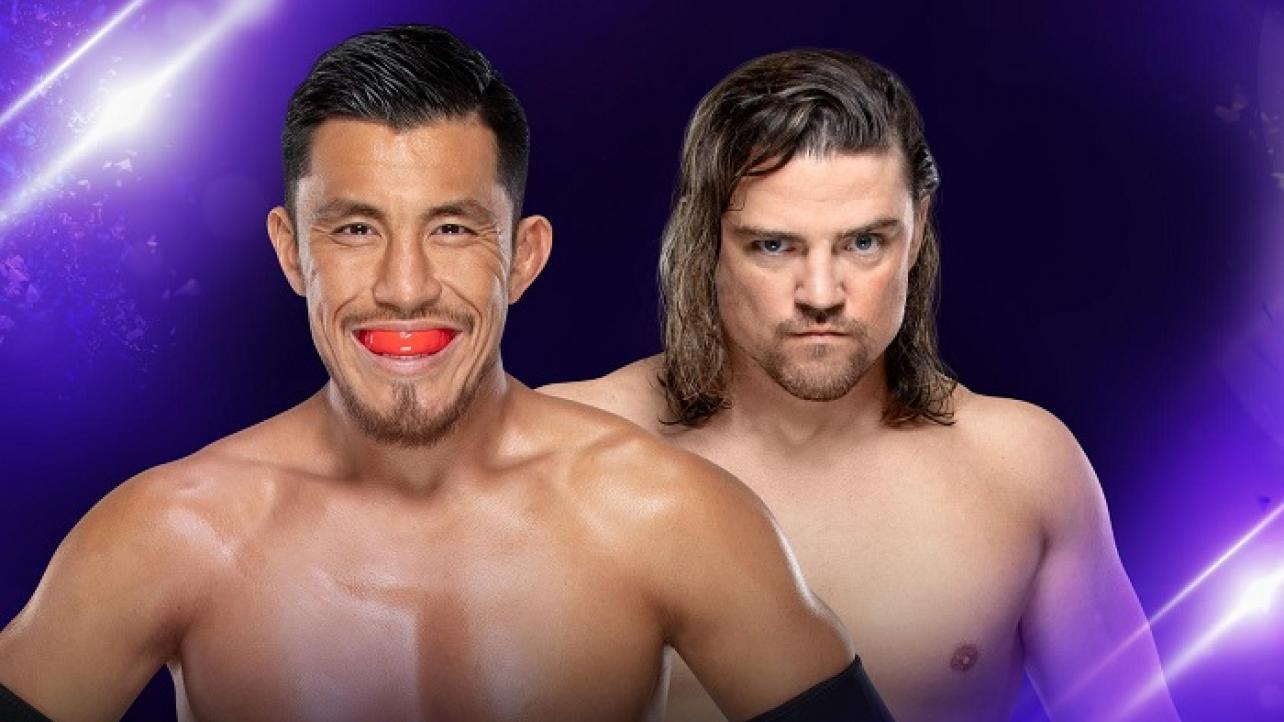 WWE has announced two matches for tonight’s episode of 205 Live at T-Mobile Arena in Las Vegas, Nevada as part of the sophomore taping of WWE Friday Night SmackDown On FOX, including the start of the WWE Draft.

For what it’s worth, WWE is advertising Akira Tozawa vs. The Brian Kendrick in a No Disqualification Match and Drew Gulak & Tony Nese vs. Oney Lorcan & Danny Burch in tag-team action.

Tonight on WWE 205 Live, former friends Akira Tozawa and The Brian Kendrick renew their intense rivalry and square off in a No Disqualification Match. Plus, Drew Gulak looks to rebound when he teams up with Tony Nese against Oney Lorcan & Danny Burch after losing the NXT Cruiserweight Championship.

Tozawa and Kendrick look to settle their differences

When WWE 205 Live began, The Brian Kendrick and Akira Tozawa engaged in a brutal rivalry after Tozawa rejected The Man with a Plan’s offer to become The Japanese Superstar’s mentor. That animosity eventually gave way to mutual respect and a partnership that saw both Superstars have each other’s backs as well as prop one another up.

However, that friendship has recently been shattered after Tozawa intervened in Kendrick’s conflict with Gentleman Jack Gallagher, reigniting one of WWE 205 Live’s most storied rivalries. Tonight, Tozawa and Kendrick with battle in a No Disqualification Match to prove once and for all who is the better Superstar.

This past week on WWE NXT, Drew Gulak lost the NXT Cruiserweight Championship in a battle with Lio Rush. Two weeks ago on WWE 205 Live, Gulak and his associate Tony Nese collided with Oney Lorcan and Danny Burch in a hard-hitting tag team match that saw Lorcan and Burch emerge victorious. However, Gulak and The Premier Athlete are not content with sitting on the sidelines and plan to reclaim their momentum in a rematch with Lorcan and Burch.

Can Gulak and Nese get back on track, or is the hard-hitting duo of Lorcan and Burch too much to handle? Don’t miss The Most Exciting Hour on Television, WWE 205 Live, streaming live tonight at 10/9 C on the award-winning WWE Network immediately after Friday Night SmackDown on FOX.

Make sure to join us here at eWrestling.com TONIGHT for LIVE 205 Live & Friday Night SmackDown On FOX Results coverage!

And we have 2 big matches now official for TONIGHT’S returning episode of #WWE‘s cruiserweight-themed show, #205Live, at the #SmackDown taping for #WWEonFOX including the #WWEDraft at @TMobileArena in #LasVegas