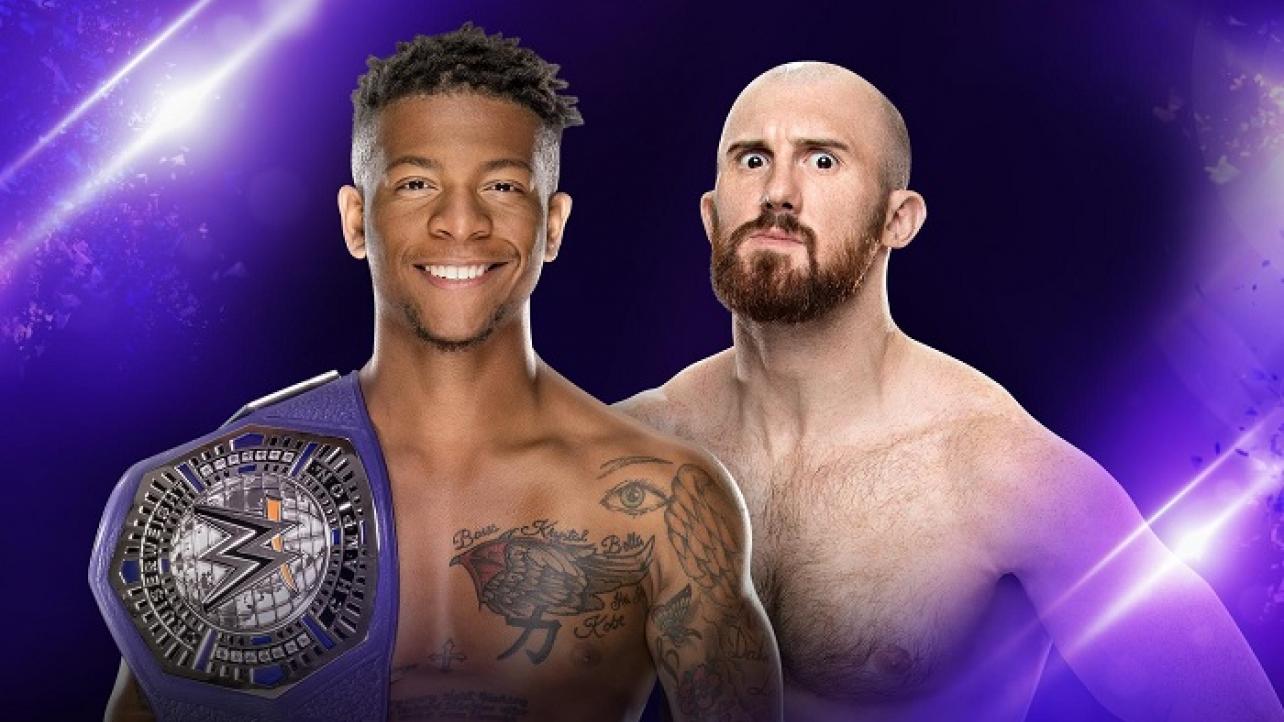 In addition to Friday Night SmackDown On FS1 (Preview Here), this week’s episode of 205 Live will go down tonight when WWE makes their return to the Sprint Center in Kansas City, Missouri this evening.

Tonight on WWE 205 Live, NXT Cruiserweight Champion Lio Rush returns to WWE 205 for the first time since winning the title to take on Oney Lorcan. Plus, Isaiah “Swerve” Scott will face Ariya Daivari, and Raul Mendoza will be in action.

Daivari hopes to put “Swerve” in his place

Earlier today, Ariya Daivari posted on Twitter that he’s ready to take on any of the new faces making their way to WWE 205 Live, especially following his loss in last week’s Triple Threat Match.

We have new faces coming to #205Live. I couldn’t care less who they are and what brand they come from. After last weeks loss in the triple threat, I’m ready to fight anyone. #DaivariDinero pic.twitter.com/KFFRn7hMeN

Looking to make an impact on his first night as an official member of the WWE 205 Live roster, Isaiah “Swerve” Scott quote-tweeted Daivari to make it known he’d answer the challenge. As a result, Daivari and Scott will face off tonight!

The Champion of the Hour returns

NXT Cruiserweight Champion Lio Rush returns to WWE 205 Live for the first time since defeating Drew Gulak for the championship. The Man of the Hour will certainly be looking to prove to the WWE Universe why he is the NXT Cruiserweight Champion, but in order to do so, he must defeat the very Superstar he faced to earn the right to challenge Drew Gulak for the title – Oney Lorcan.

The Boston Brawler has been hungry for a championship opportunity, and following his loss in the Triple Threat Match last week, he has another chance to prove he’s ready for title contention. If Lorcan can defeat the champion in a non-title bout tonight, he will have an ironclad case for a future opportunity.

Make sure to join us here at eWrestling.com TONIGHT for WWE 205 Live Results coverage from Kansas City, MO!