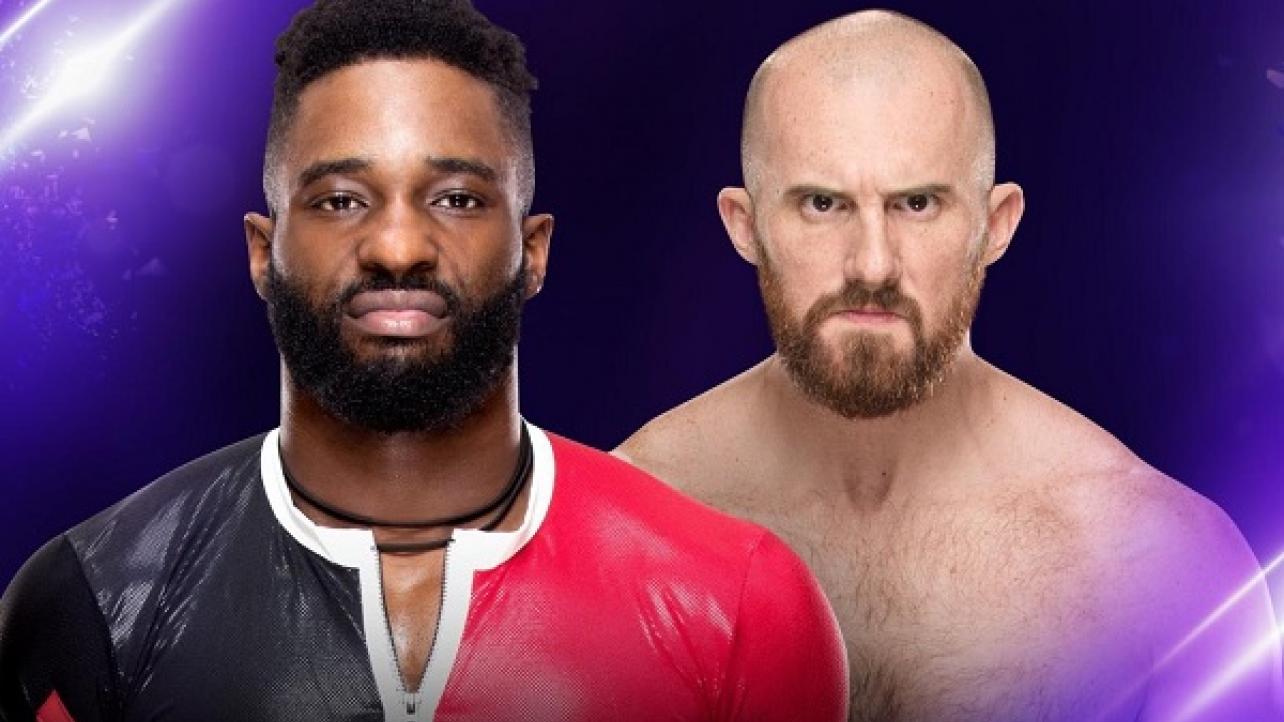 In addition to SmackDown Live, the latest episode of 205 Live takes place this evening at the Bell Centre in Montreal, Quebec, Canada.

Tonight on WWE 205 Live, Cedric Alexander and Oney Lorcan take their rivalry to the next level in a highly anticipated singles collision, wherein each will attempt to impress WWE 205 Live General Manager Drake Maverick and potentially be the next to challenge WWE Cruiserweight Champion Tony Nese.

A rivalry with deep history

The rivalry between former WWE Cruiserweight Champion Cedric Alexander and Oney Lorcan began in earnest during the 2019 WWE Cruiserweight Championship Tournament. However, the competitiveness between both Superstars actually dates to their first meeting in the precursor to WWE 205 Live – the Cruiserweight Classic. The bout came about Alexander was eliminated by Kota Ibushi in an incredible Second-Round Match. After being eliminated, Alexander squared up with Lorcan for a non-tournament bout in which he emerged victorious, but the fast-paced and hard-hitting battle also planted the seeds for the bitter animosity between the two competitors.

After coming up short against Alexander in the 2019 WWE Cruiserweight Championship Tournament Semifinals, the NXT Superstar impressed WWE 205 Live General Manager Drake Maverick so much that he was signed to compete in the Cruiserweight division. Although Lorcan’s title aspirations were dashed when he was defeated by Cedric, he has shifted his focus to The Soul of WWE 205 Live. After an altercation three weeks ago, Lorcan has now made it clear that the best way for him to make an impact in the Cruiserweight division is to defeat Alexander – an accomplishment that has escaped him for years.

Can Lorcan defeat The Soul of WWE 205 Live and truly put the Cruiserweight division on notice? Tune in to WWE 205 Live tonight, streaming at 10/9 C on the award-winning WWE Network.

Make sure to join us here at eWrestling.com this evening for play-by-play results coverage of WWE SmackDown Live, including night two of the 2019 WWE Superstar Shake-up!