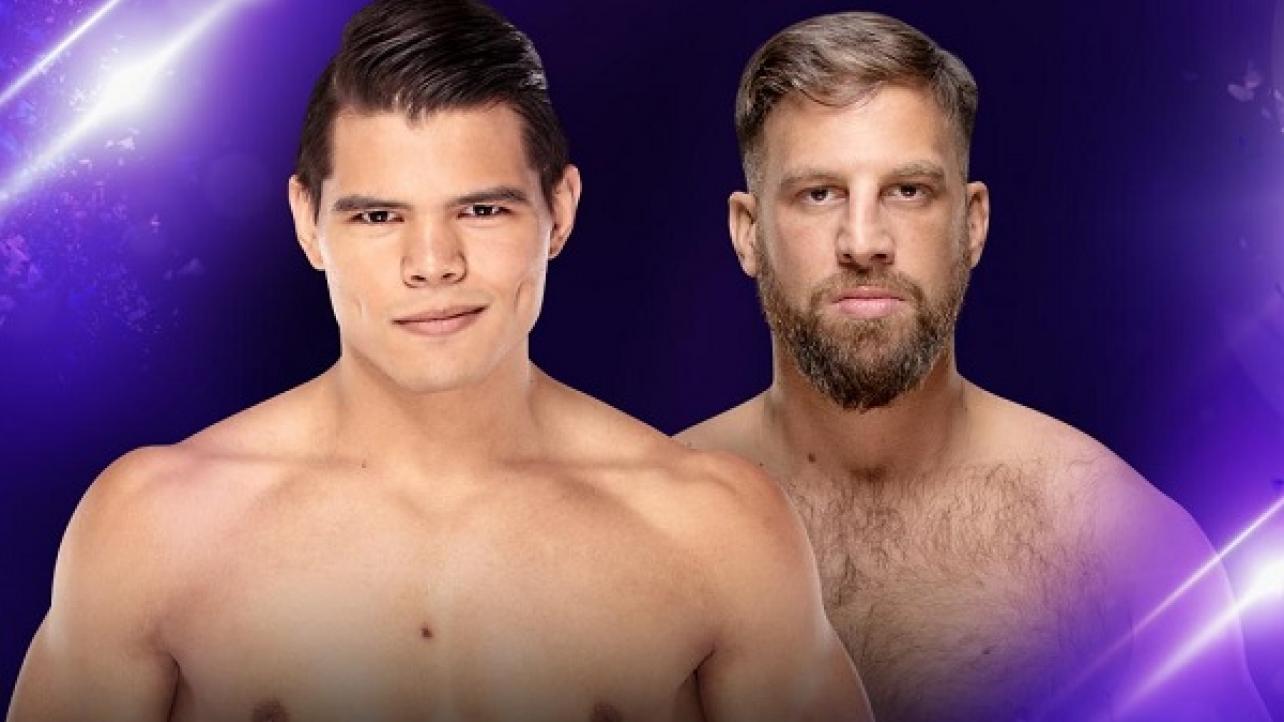 In addition to SmackDown Live, the latest episode of 205 Live premieres this evening on the WWE Network.

WWE.com released the following preview for tonight’s show, which features Drew Gulak vs. Humberto Carrillo in the main event.

Tonight on WWE 205 Live, Drew Gulak aims to teach his protégé Humberto Carrillo a lesson in ground-based grappling, but will Gentleman Jack Gallagher again come to the Mexican Superstar’s defense?

Two weeks ago, a match between Gentleman Jack Gallagher and Humberto Carrillo ended with an irate Drew Gulak attacking Carrillo for using high-flying maneuvers, but Gallagher came to the defense of the Mexican Superstar by leveling his longtime ally with a resounding headbutt. Gulak was sent careening out of the ring and was left reeling following Gallagher’s strike – which The Philadelphia Stretcher called “treason” – but Gulak is still determined to continue teaching Carrillo a lesson.

Tonight, Gulak will aim to show Carrillo the path to a better WWE 205 Live, as the two Superstars will clash. But which side is Gallagher on?

Don’t miss the most exciting hour of television at 10/9 C, streaming live on the award-winning WWE Network!