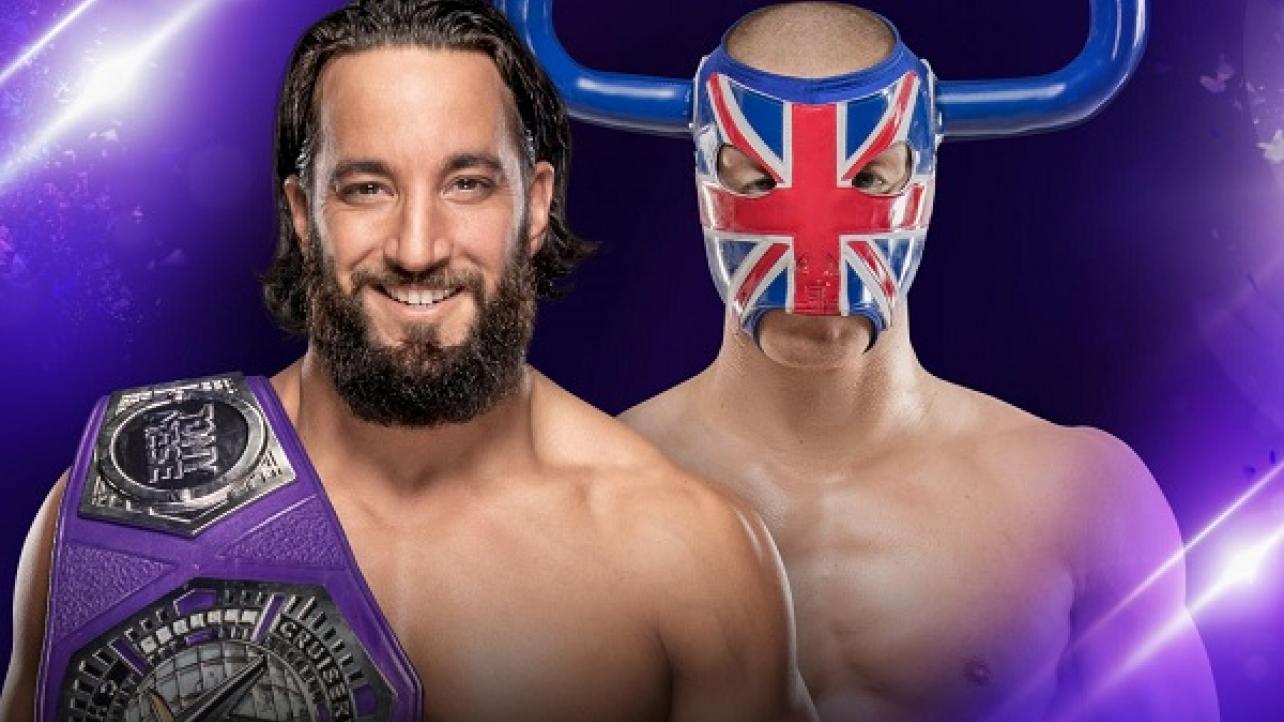 WWE returns to the O2 Arena in London, England this afternoon for this week’s SmackDown Live and 205 Live tapings.

Featured below is the official WWE.com preview for this week’s edition of 205 Live on the WWE Network.

Humberto Carrillo and Gentleman Jack Gallagher forged an uneasy alliance due in part to their mutual disdain for Drew Gulak. Now, both Superstars will enter a Fatal 4-Way Match that also features Mark Andrews and James Drake. Of course, the high-flying Andrews is no stranger to WWE 205 Live, having battled previous Cruiserweight Champions such as Buddy Murphy. However, one-half of the inaugural NXT UK Tag Team Champions James Drake is certainly a variable and will be more than willing to show each competitor how things are done across the pond.

Will the tentative alliance between Carrillo and Gallagher grow stronger or more strained as they engage against each other and two of the brightest stars in NXT U.K., or will their desire to best one another shift their focus away from the goal of winning the match?

One of the most exciting competitors on the NXT UK roster is the masked high-flyer Ligero. The luchador has impressed the WWE Universe since first competing in the tournament for the WWE UK Championship and has continued to captivate fans by battling on NXT UK and WWE Worlds Collide. Although Ligero has defeated WWE 205 Live’s Gran Metalik – as well as Albert Hardie Jr. – he will certainly face a huge test against WWE Cruiserweight Champion Tony Nese.

With his title defense against Ariya Daivari at WWE Money in the Bank on the horizon, The Premier Athlete is more than willing to represent the purple brand in London and push his limits against a competitor that can potentially match his own speed and agility.

Ligero has a major opportunity to defeat the WWE Cruiserweight Champion, while Nese will be looking to send a message to his dastardly challenger.