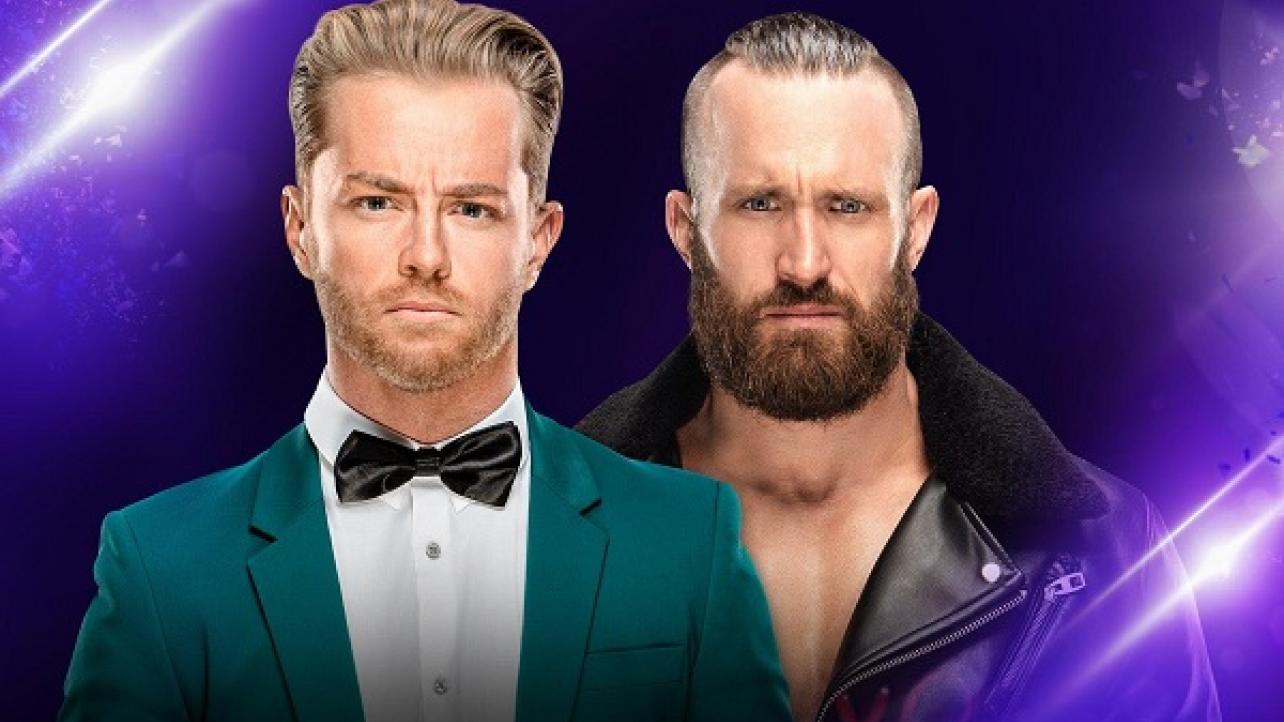 In addition to WWE SmackDown LIVE (Preview Here), WWE returns to the WWE Network this evening with the latest episode of 205 Live.

Tonight on WWE 205 Live, the boiling animosity between General Manager Drake Maverick and Mike Kanellis will be on full display when they meet face-to-face in an Unsanctioned Match! Plus, Akira Tozawa & The Brian Kendrick accepted The Singh Brothers’ challenge and are ready to silence the Bollywood stars.

Will Kanellis earn a title opportunity?

After weeks of verbal jabs and brewing tension, WWE 205 Live General Manager Drake Maverick attacked Mike Kanellis two weeks ago as The Opportunist turned his insults from business to personal. As a result, Maverick challenged Kanellis to a match, and if Kanellis is victorious, he will earn a WWE Cruiserweight Championship opportunity.

Kanellis has long felt he hasn’t been given the opportunities he deserves and now wants to prove to his wife Maria that he is a real man and can claim the Cruiserweight Title. In recent weeks, The Opportunist has also voiced his anger about Maverick’s focus on the 24/7 Championship. However, when Kanellis verbally attacked Maverick’s wife and marriage, the General Manager had had enough. And just as Kanellis and Maverick are set to do battle, The Opportunist won the 24/7 Championship last night on Raw moments after Maverick failed to claim the title in a Mixed Tag Team Match alongside his wife Renee against R-Truth and Carmella. However, Kanellis would lose the title when he obeyed his wife’s demands to lay down and be pinned, thus making Maria the first-ever pregnant champion.

However, tonight the focus is on whether Mike Kanellis can silence Drake Maverick, earn a title opportunity and prove himself to his wife if he’s able to defeat the WWE 205 Live General Manager. However, as Maverick has shown in recent weeks while pursuing the 24/7 Title, he is relentless when he focused on a goal. Can Maverick take advantage of the lawless environment of an Unsanctioned Match and teach Kanellis some respect?

Can The Singh Brothers put on their greatest performance yet?

Following their rivalry with The Lucha House Party, The Singh Brothers turned their attention to The Brian Kendrick and Akira Tozawa. In attempting to condescendingly bestow a Bollywood Lifetime Achievement Award to Kendrick, The Singhs drew the ire of The Man with a Plan, who defeated Sunil Singh in singles competition. When the brothers attacked the former Cruiserweight Champion after the match, Akira Tozawa dashed to the ring, helped his partner dispel the brotherly duo and stand tall at Kendrick’s side.

One week later, Tozawa bested Samir Singh one-on-one and left the ring with The Singhs’ coveted Bollywood Award. Sunil and Samir responded by challenging Tozawa and Kendrick, and the former WWE Cruiserweight Champions gladly accepted, citing their respective resumes and aiming to put on a greater performance than their Bollywood rivals.

For a complete preview for tonight’s episode of WWE SmackDown LIVE on the USA Network, click here.