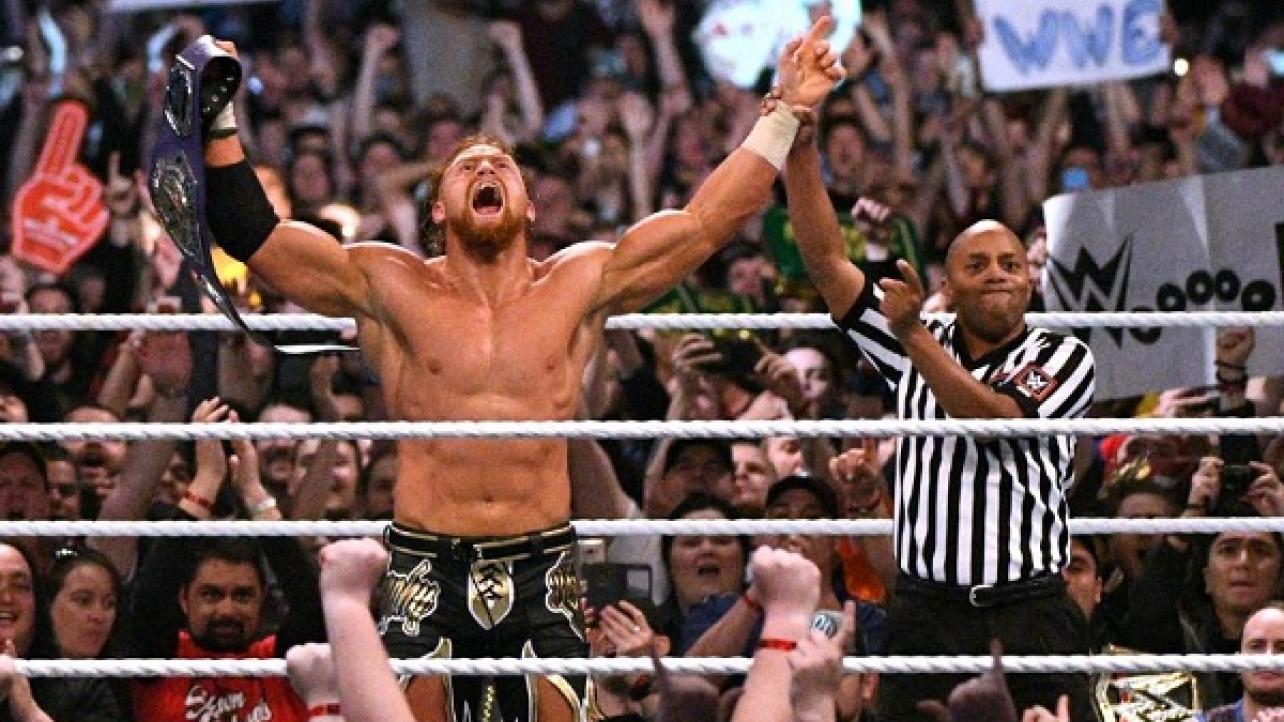 205 Live Preview For Tonight: The Beginning Of Murphy’s Rule

In addition to SmackDown Live, the latest episode of 205 Live is scheduled to air this evening. WWE.com released the following preview for tonight’s show.

At WWE Super Show-Down, Buddy Murphy finally achieved his goal in front of his hometown crowd – claiming the WWE Cruiserweight Championship and ending The Age of Alexander. What’s in store for the Cruiserweight division as a new champion reigns supreme?

Tonight on WWE 205 Live, Lio Rush will hold an open challenge to allow anyone to attempt to stop The Man of The Hour’s momentum. With major victories against Akira Tozawa and Noam Dar on WWE 205 Live, Rush has helped give Bobby Lashley newfound energy on Raw. The Man of the Hour is certainly riding high and wants to continue to build on his reputation in the Cruiserweight division.

Who will step up to answer Rush’s challenge? If the WWE Universe has learned anything about the 23-Year Old Piece of Gold in recent weeks, it’s that he absolutely backs up his uncanny trash-talking ability. Can anyone silence The Man of the Hour? Find out tonight!

Ever since vigorously cutting weight to qualify for the WWE Cruiserweight division, Buddy Murphy has been hyper-focused on one goal – winning the WWE Cruiserweight Championship. The road to the title was not always easy for The Juggernaut; following an impressive debut in the WWE Cruiserweight Championship Tournament for the vacant title just prior to WrestleMania, Murphy was eliminated by Mustafa Ali. However, after winning a Fatal 4-Way Match, Murphy earned his first title opportunity in May. After a few setbacks with his weight, he eventually challenged Cedric Alexander for the title, and while he came up short, he remained focused on returning to championship contention.

Murphy once again fought for the title at WWE Super Show-Down in his hometown of Melbourne, Australia, and at the end of a hard-fought battle that brought he WWE Universe to the edge of their seats, The Juggernaut did what no one else has been able to this year — defeat Cedric Alexander. With Melbourne elated at their hometown hero’s victory, a new era dawned for WWE 205 Live.

How will the Cruiserweight division shift with Buddy Murphy as the new champion? How will Cedric Alexander react to his stunning defeat? Don’t miss WWE 205 Live, streaming tonight at 7/6 C on the award-winning WWE Network.

205 Live Preview For Tonight: The Beginning Of Murphy’s Rule