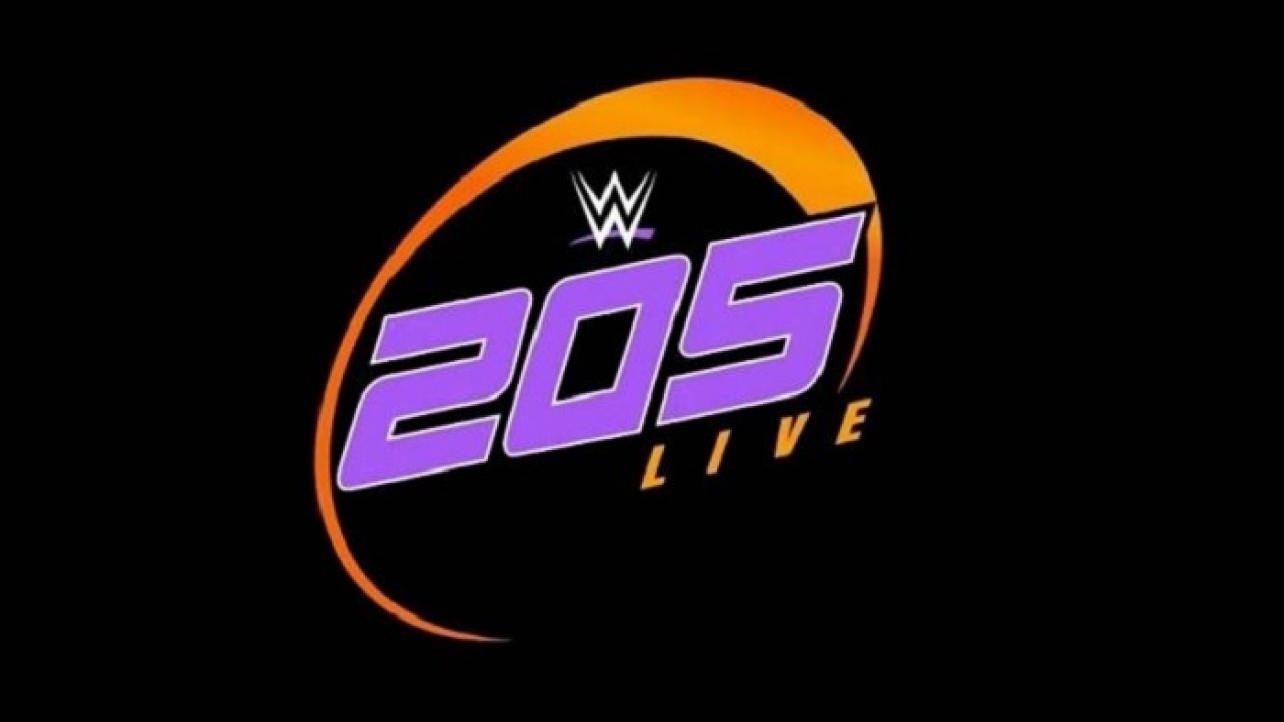 Following this week’s edition of WWE SmackDown On FOX, the action continued inside the Fiserv Forum with the latest episode of WWE 205 Live premiering on the WWE Network from Milwaukee, Wisconsin.

Featured below are results of the Friday, December 13th edition of WWE 205 Live on the WWE Network.

205 Live opening credits begin playing to open tonight’s show.The Milwaukee, WI arena is shown with the crowd cheering. Ariya Daivari immediately shown walking out onto the ramp and down to the ring

Raul Mendoza makes his way out next as his music sounds in the arena, Mendoza comes out smiling pointing at Daivari as he enters the ring removing his jacket. The referee sounds for the bell to start the match. Daivari is shoved by Mendoza who retaliates with multiple shoulder shoves off the ropes and a pin attempt, Daivari kicks out. Mendoza with a big chop, Daivari counters with a few hits of his own.

Mendoza off the ropes with a Crossbody and another pin attempt. Daivari exits the ring, Mendoza with a Baseball Slide knocking Daivari to the mat. Daivari counters sending Mendoza into the post. Daivari throws Mendoza back into the ring, a big boot to the body of Mendoza followed by a big chop to the chest. Daivari dominating the match, dragging Mendoza to the center of the ring with a two count pin attempt.

Daivari gets Mendoza in a Chokehold in center ring to keep control off fast moving Mendoza. Mendoza struggles back to his feet, Daivari comes at Mendoza with a Back Elbow and another pin attempt. Mendoza crawls across the mat as Daivari climbs on top of Mendoza and takes complete comand of Mendoza with a face lock. The crowd clapping.

Jawbreaker by Mendoza to break the lock followed by a big hit right between the eyes of Daivari, laying him out. Mendoza recovers in ring as he staggers back to his feet. Multiple jabs and a Clothesline followed by a Dropkick by Mendoza as he builds momentum as he goes to the top rope with a Missle Dropkick right to the face of Daivari.

Mendoza off the top once again, dropping onto Daivari on the outside of the ring. Mendoza fired up as he throws Daivari back into the ring with Spinning Suplex and a two count pin attempt. Daivari struggling across the mat, trying to make his way back to his feet. Mendoza running at Daivari, Daivari with a Superkick on Mendoza switching lead of the match.

Daivari to the top rope with a Frog Splash and a two count pin attempt. Daivari looks at the referee in shock as Mendoza kicks out. Mendoza crawling away from Daivari who makes his way back to his feet. Mendoza attempting a counter, Daivari with a big boot to the face of Daivari. Hurricanrana by Mendoza knocking Daivari to the mat.

Mendoza with a pin attempt to no avail as Daivari kicks out once again. Mendoza makes his way to the top turnbuckle, attempting a Phoenix Splash. Daivari counters with a move of his own and another pin attempt, this time Mendoza kicking out. Both men panting as they try to get back to their feet, Daivari up first. Mendoza with multiple forearms to the face of Daivari. Both men collide in the center of the ring once again knocking both men to the mat.

Mendoza maintaining control of the match up with a flurry of fast paced moves, Daivari unable to counter. Mendoza makes the pin for the three count.

Singh Brothers on social media, welcoming new baby to the family. New faces being welcomed to 205 Live including Jouquin Wilde making his debut tonight and his journey to the ring.

Following the video package highlighting the struggles and successes of Jouquin Wilde’s journey that led to tonight’s debut on 205 Live, Wilde’s music sounds over the speakers in the arena as he makes his way down the ramp and into the ring where an awaiting James Tapia is already standing, ready for tonight’s match up. Back and forth between the two as Wilde is attempting to prove himself in this debut match up. Tapia countering and going to knock Wilde off top rope. Wilde with Powerbomb. Wilde ends match with Wilde Thing and pin for the win.

Danny Burch makes his way quickly down the ramp and into the ring already very hyped up as he throws up a “peace” sign to the crowd at each turnbuckle as his music sounds through the arena. Tony Nese makes his way to the ring next saying nobody in this town looks like him. Nese making his pecs bounce as he enters the ring. The referee standing between the men, waiting for the bell to ring. The match official begins.

Nese says, “Let’s give them what they want right here” as he drops to one knee and poses showing his guns. Burch, unimpresssed knocks Nese to the mat twisting his arm behind him. Burch flipping Nese and mocking his “gun show” pose. Fingerlock between both men, struggling to gain control. Burch knocks Nese to the mat, stomping on his hand, then once again Burch twisting the arm of Nese.

Burch breaks hold as Nese gets to the ropes. Nese off the top turnbuckle onto Burch. Burch with Side Headlock onto Nese who went for a big kick. Back and forth between the two. Nese unable to gain control of Burch thoughout the match. Nese to the outside and caught with an uppercut by Burch.

Nese and Burch make their way back into the ring, Nese taking control during the second half of this match. Nese uses top rope and a Springboard Moonsault off the top turnbuckle for a pin attempt. Burch able to kickout to the dismay of Nese. Nese goes to Body Scissors on Burch in the center of the ring keeping him down. Nese with blows to the face, refusing to let go of Burch.

Nese gets Burch into the corner of the ring, the referee breaking them up. Nese talks to the crowd, taking too much time as he walks back towards Burch, Burch gets a Missle Dropkick on Nese. Both men laid out in the center of the ring. The referee gets to the count of six as Nese makes his way back to his feet. Right hand by Nese, forearm shots to counter by Burch.

Burch building momentum, attacking Nese in the corner of the ring. Burch covers, Nese kicks out at two. Burch continues to push the advantage, Nese holding onto the rope then quick move for Pump Handle Slam, big hand counter, Nese counters again and attempts a pin. Burch kicks out following this impressive sequence. Nese collapsing as he gets to the turnbuckle, Burch gets to his feet too soon, Nigel Maginus by Burch and pin attempt.

Nese kicks out of the pin attempt, Burch grabs Nese into a submission hold. Nese drags Burch across the mat and gets his foot on the bottom rope causing Burch to have to break the hold. Nese throws Burch through the ropes. Burch now on the outside, Nese over the top and onto Burch. Nese to the top turnbuckle quickly for 450, nobody home.

Burch locking in Crossface on Nese. Nese struggling in the center of the ring, makes his way back to his feet and rolls Burch up, once again slamming Butch’s head into the turnbuckle followed by a Running Nese and a pin. Nese gets the three count for the win.