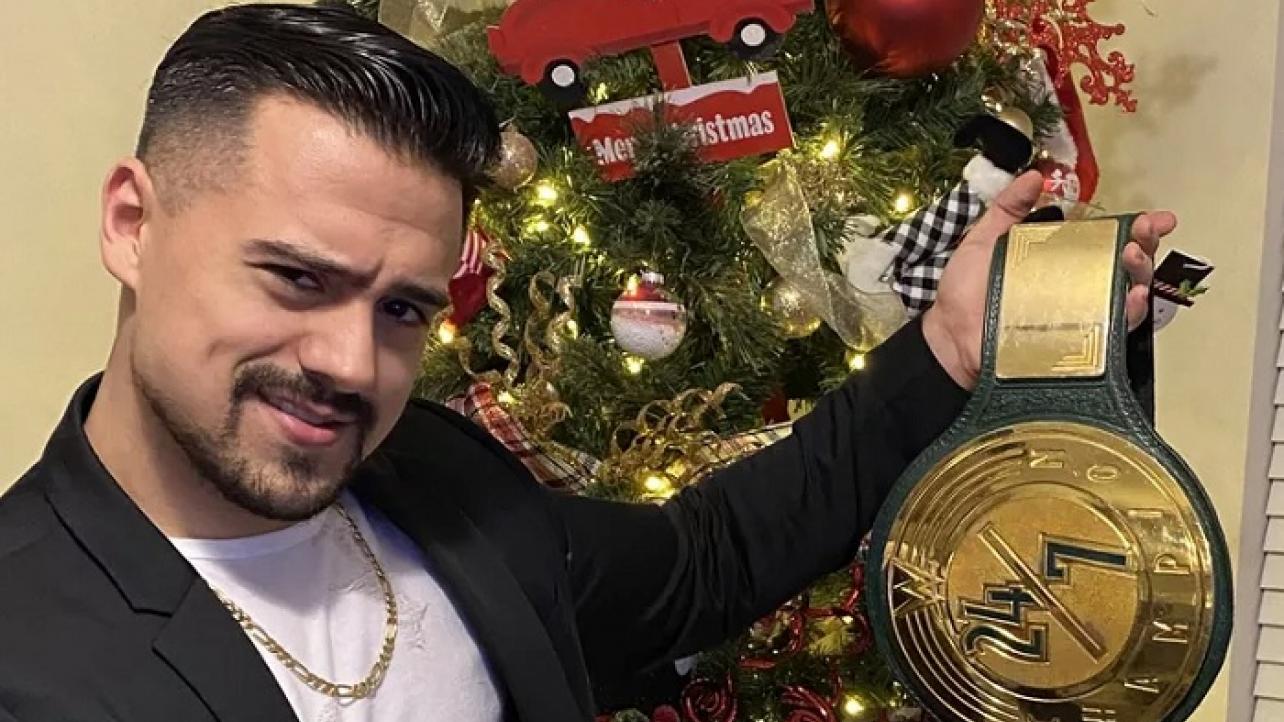 WWE’s Angel Garza will ring in the New Year with a new title, the WWE 24/7 Championship!

During the Tik Tok USA’s New Year’s Eve party live stream, in a surprise turn of events, Angel Garza got a quick roll up three count pin and win on former 24/7 Champ R-Truth!

WWE shared the spectacle via their Twitter account. With New Day members Xavier Woods and Kofi Kingston looking on, Angel Garza rolled up R-Truth for the pin after sneaking up on Truth from behind! Angel Garza was then crowned the new WWE 24/7 Champion for the first time, ending Truth’s 45th reign as champion in the title.

You can watch the events unfold below:

Following his victory, Garza ran off with the title in hand, but not before wishing the WWE Universe a Happy New Year! Xavier Woods of The New Day was left sobbing on the floor as his favorite trombone was broken during the commotion. R-Truth was in such shock, he called the new year “2020” as he stated it had “already started off… BAD!”.

For second year in a row I end with GOLD @RonKillings I’ll show you how to treat a BABY pic.twitter.com/pIPhmGA15i

R-Truth will now have to start 2021 figuring out how to once again reclaim “his baby.”