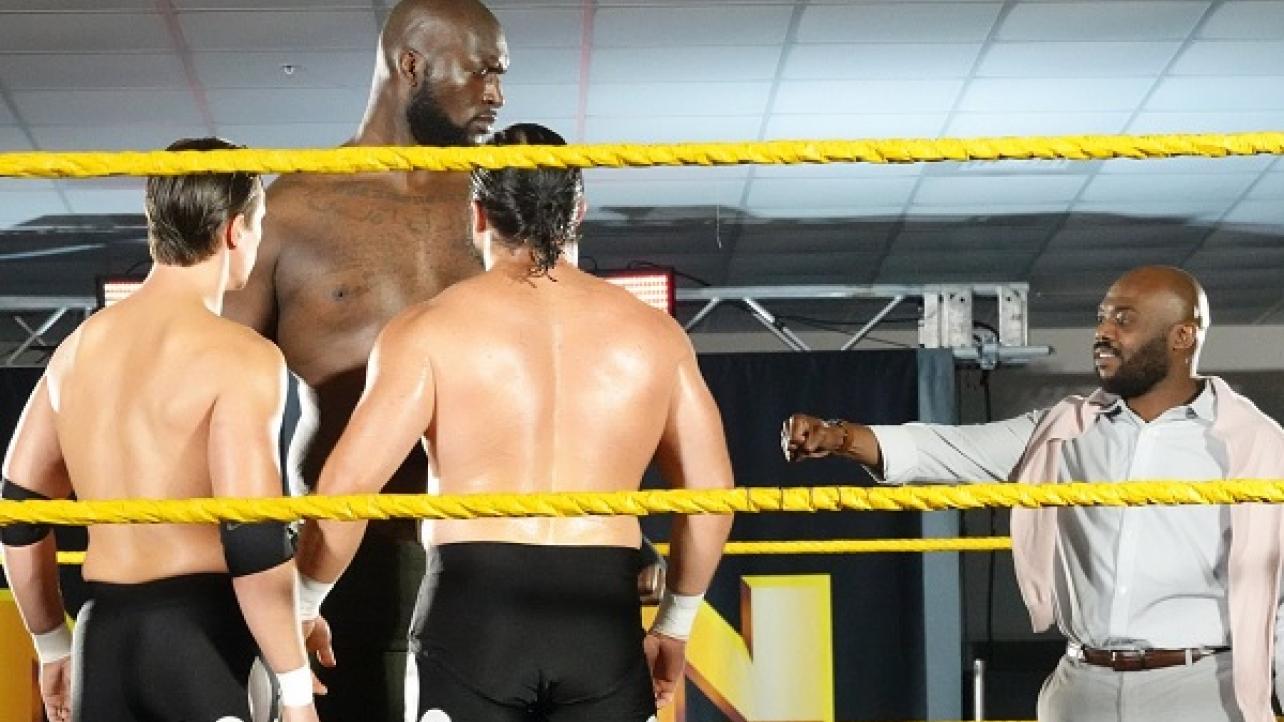 Jordan Omogbehin made his official WWE in-ring debut at the NXT live event in Lakeland, Florida last night … and boy it was a big one. Literally.

Omogbehin appeared as a surprise opponent for Team 3.0 at last night’s show when Malcolm Bivens (a.k.a. Stokely Hathaway) accepted an “Open Challenge” issued by Parker and Matthews on Omogbehin’s behalf.

Omogbehin signed with WWE as part of the October 2018 talent recruits. He was born in Lagos, Nigeria and played college basketball at the University of South Florida and Morgan State University.