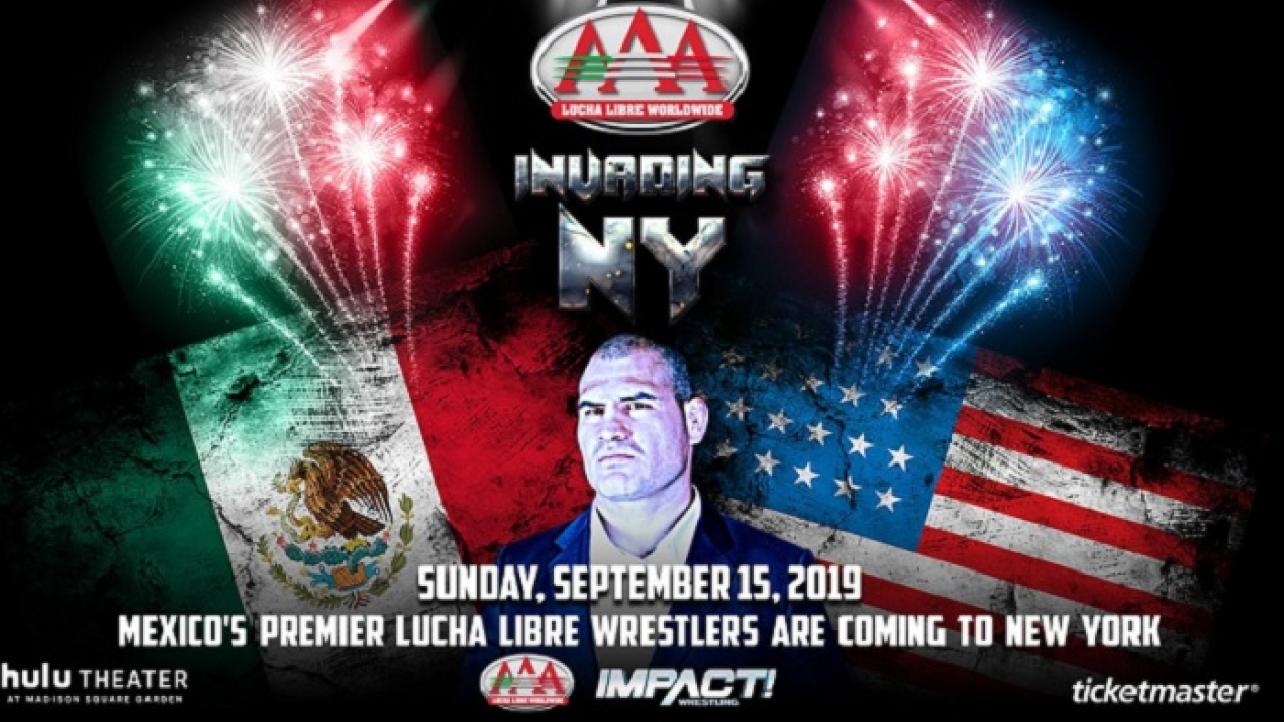 Sunday night’s AAA: Invading NY event from the Hulu Theater at Madison Square Garden in New York City, New York will be coming to AXS TV in the very near future.

AXS TV issued a press release on Monday to announce that a “LUCHA INVADES NY” special will air on their network this Friday, September 20th at 8pm Eastern Time / 5pm Pacific Time.

Check out video footage of Cain Velasquez’s match from the AAA “Invading NY” show in NYC by clicking here.

Featured below is the aforementioned “AAA: Invading NY” on AXS TV press release:

Showcasing stars from the world’s premier Mexican professional wrestling organization, LUCHA INVADES NY features an impressive roster of leading Mexican and internationally-known Luchadores, showing off the colorful aspect of the wrestlers’ unique masks and outfits, as well as the dramatic, high-flying matches inside the ring.

The AAA World Tag Team Championship will be on the line as the Lucha Brothers, Pentagon Jr. and Fenix, defend against LAX, the team of Santana and Ortiz, in the latest installment of their rivalry which has already produced numerous in-ring classics.

Mexican legends Blue Demon Jr. and Dr. Wagner Jr. will also face off in a no disqualification grudge match.

Lucha Libre AAA returns to U.S. soil on Oct. 13, as the organization hosts INVADING LA at The Forum in Los Angeles, Calif.