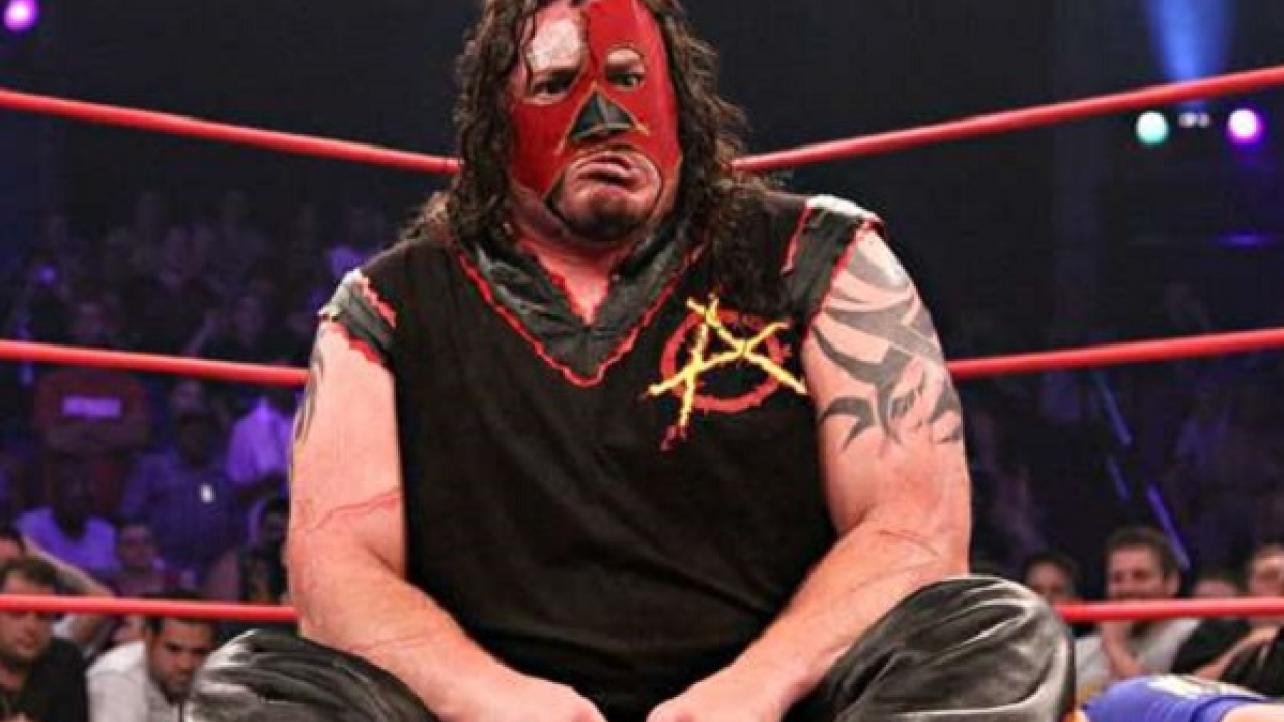 Abyss On Turning Down WWE, If He Regrets Not Working With The Undertaker

Ahead of his Impact Wrestling Hall Of Fame induction this year, Abyss took part in a media conference call to look back on his lengthy career in the promotion. Featured below are some of the highlights.

On reflecting back on some of his top moments and matches in Impact Wrestling ahead of his Hall Of Fame induction this year: “I was fortunate enough to be in the ring with some all-time greats and some guys that I grew up idolizing, literally. I never thought I’d be in the ring with them from Hulk [Hogan] to Mick Foley to Sting to Ric Flair. So, I’ve been able to cross off a lot off my bucket list.

“As far as matches though, I would have to put the 2005 Lockdown main event of me and AJ Styles in the cage as probably my favorite. It was the first time either one of us had ever main evented a Sunday night live pay-per-view. The pressure was on and we always had incredible chemistry together. He’s a dear friend and we tore it down. I think the 2006 Barbed Wire Massacre with Sabu would probably also stand out as another one of my favorites just cause of the gravity of the match. It was the first time that no ropes-barbed wire had been televised live on PPV in North America. So, we were able to do something for the first time and those are two of my favorites. The Sting match in 2007 where I won my one and only TNA World Title would probably be on that list as well.”

On turning down WWE after receiving an offer in 2006 that would have led to a program with The Undertaker, and if he regrets never working a program with The Dead Man: “No, I’m not going to say I wish it would have happened. If it would have happened, obviously it would have been a career highlight, no doubt, but it wasn’t in the cards. I chose to stay with TNA and I’ve said it before and will say it again. TNA was and is my home. Impact is my home. This company has done great things for me, personally and professionally, over the last 16 years. This company gave me a home. This company took a chance on me when I was a relative nobody. They gave me an opportunity to build my name. They gave me the platform to show the wrestling world and the fans what I can do.

“This coming April I’ll be in this business for half of my life and the majority of my adult life has been with TNA and Impact. There’s nothing I’m more proud of. Sure, there’s other opportunities but they just weren’t for me. This is home. I was part of the ground floor of this place. I was one of the original members of this place. I was one of the guys who laid the initial foundation of this company and that’s always been more important to me than anything else.”

(H/T to WrestlingInc.com for transcribing the above quotes.)

Abyss On Turning Down WWE, If He Regrets Not Working With The Undertaker