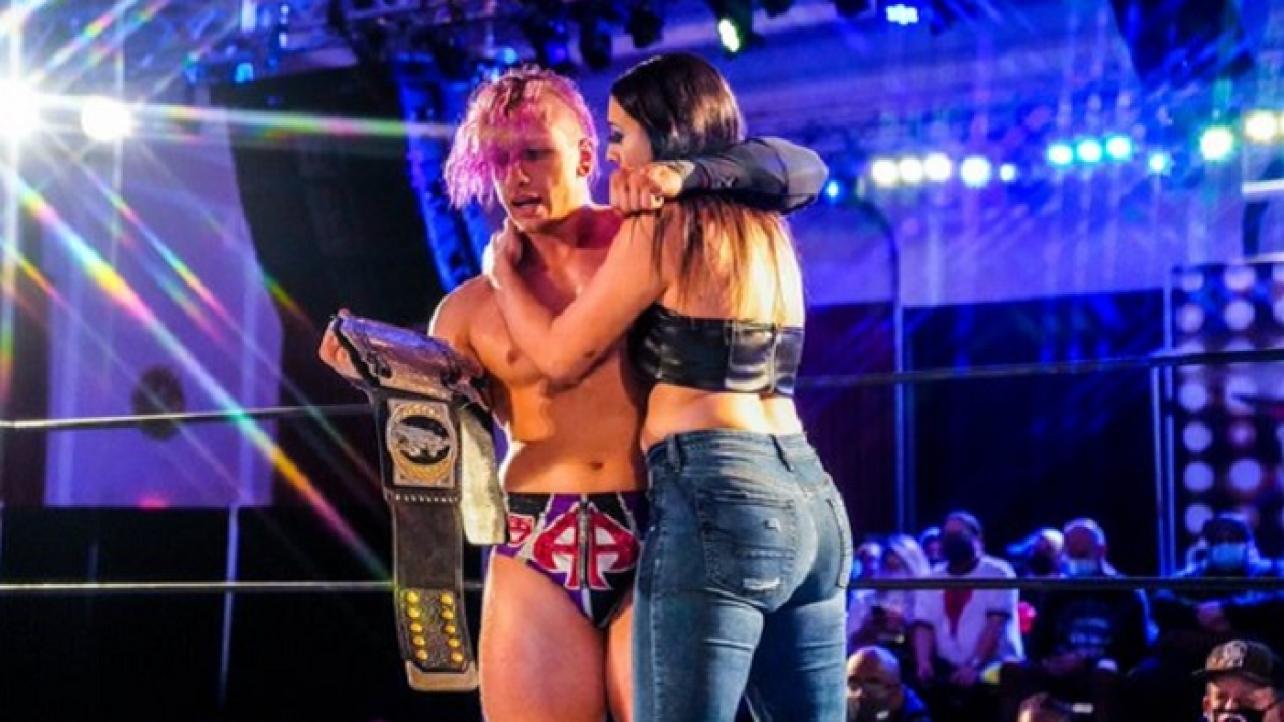 AAW Unstoppable was a newsworthy show on Thursday night.

The event, which was held at the Logan Square Auditorium in Chicago, Illinois, garnered critical-acclaim for the intergender main event featuring Josh Alexander vs. Ruby Soho, with many calling the match a late candidate for 2021 Match of the Year.

But that was only the tip of the iceberg.

As noted, the show also made headlines after an IMPACT Wrestling star was a late scratch, as Rich Swann was pulled from the event after testing positive for COVID-19. The positive COVID test also puts Swann’s status in doubt for next Saturday’s IMPACT Hard To Kill 2022 pay-per-view in Dallas, Texas.

Before the event began, AAW owner Danny Daniels appeared before the live crowd to lead a ten-bell salute in honor of Markus Crane. Markus Crane is a former AAW tag-team champion who passed away earlier this week at the young age of 33.

Check out video footage of the pre-show ten-bell salute in honor of the late wrestling veteran via the tweet embedded below courtesy of the official AAW Twitter feed.

Before we went on the air for #AAWUnstoppable, AAW owner @aawdannydaniels came out to lead the #AAWFamily in a 10-bell salute to Markus Crane.

We love you, Markus. Unstoppable is for you tonight.pic.twitter.com/WWsaUdmf14

During the event, it was announced that WWE Hall of Fame legend Ron Simmons will be appearing at the next AAW event, which is scheduled to take place on February 4, 2022 at 115 Bourbon Street in Merrionette Park, Illinois.

Meet-and-greet tickets will be available soon at TicketLeap.com. For more information on the AAW show on 2/4, visit AAWPro.com.

Just announced at #AAWUnstoppable, the legendary WCW and WWE superstar, RON SIMMONS will be appearing at our next event at @BourbonSt115 on 2/4/22!

Finally, a new AAW Heritage Champion was crowned at the AAW Unstoppable 2021 event on Thursday night. While Swann may have missed the show, another IMPACT Wrestling veteran did appear, as Ace Austin captured the AAW Heritage Championship by coming out victorious in a triple-threat match against Hakim Zane and Myron Reed. After the match, Austin was attacked by Reed in a backstage segment.

Check out highlights of Austin’s entrance at AAW Unstoppable 2021, as well as footage of the aforementioned post-match backstage attack by Reed via the videos embedded in the tweets below.

The Inevitable @The_Ace_Austin enters the ring to face @TheBadReed and AAW Heritage Champion @HakimZane for another shot at the title in a 3-way dance!

The NEW AAW Heritage Champion @The_Ace_Austin should be celebrating after he and @MeanGiaMiller gained redemption over @HakimZane & @karampro_ at #AAWUnstoppable but a post match attack from @TheBadReed has put a damper on things.