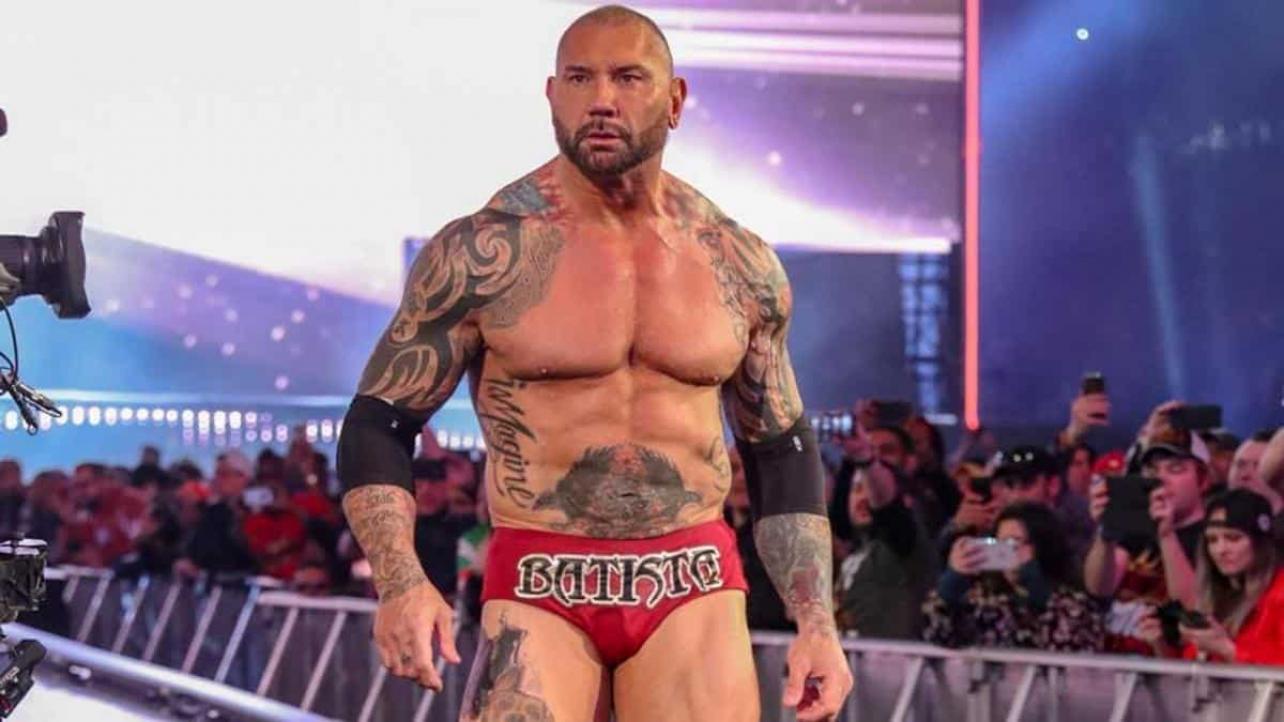 A retired WWE Superstar, as well as Hollywood film star wants to know why he can’t get a “rom-com lead”.

“The Animal” Batista recently received a suggestion for a future role, which came from a fan on Twitter. According to the fan, the former four-time World Heavyweight Champion should play the role of Kilowag, in the Green Lantern movie.

Batista responded to the fan, which you can see below:

Ok I know I’m not the best looking guy in the world but how come whenever I’m fancast as a character it’s always one that’s ummmm…. aesthetically challenged?! … This is probably why I can’t get that rom-com lead! https://t.co/q2NpcEcMgW