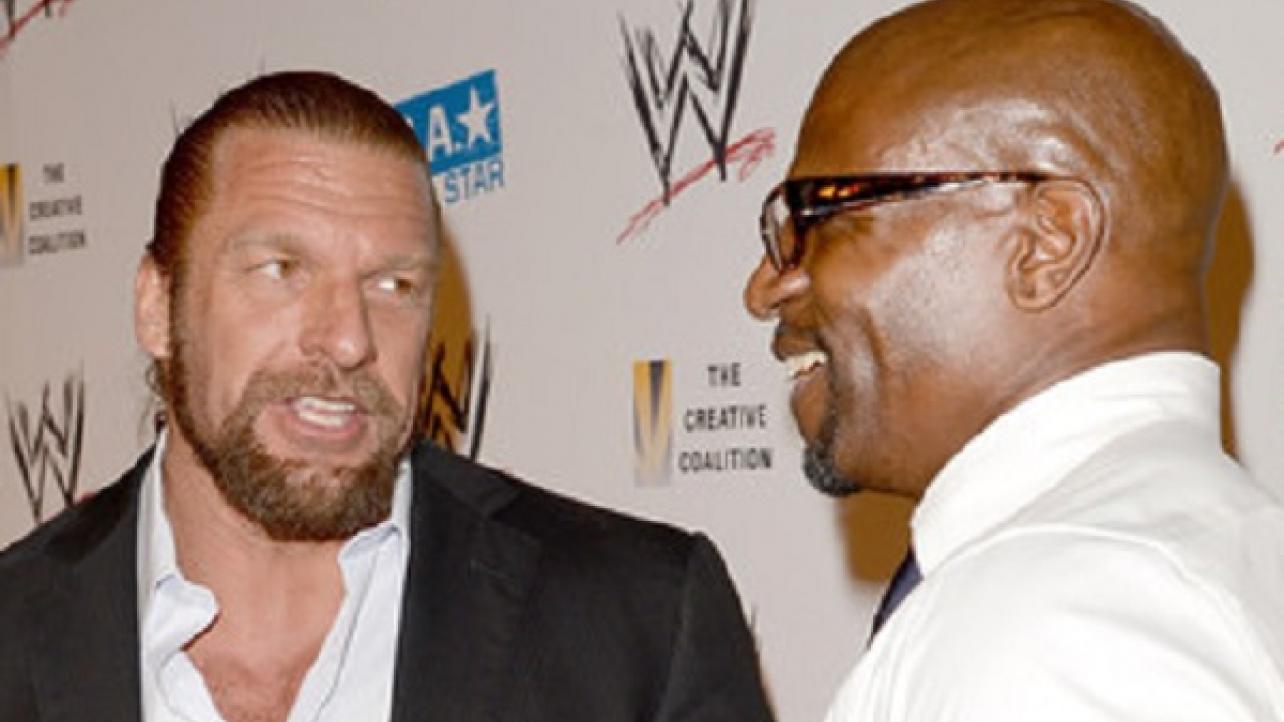 – Featured below is the weekly “5 Things You Need To Know” video for the post-Survivor Series edition of RAW at the STAPLES Center in Los Angeles, California tonight.

– WWE posted the following footage of Cathy Kelley talking to The Bella Twins, Nia Jax and actor Terry Crews on the red carpet at the E! People’s Choice Awards show last week. Crews jokes about a potential in-ring showdown against Triple H and talks about doing another project with WWE in the future.

– Pete Dunne recently welcomed his first child, a daughter, to the world. The WWE U.K. Champion posted the following photo of his brand new bundle of joy: