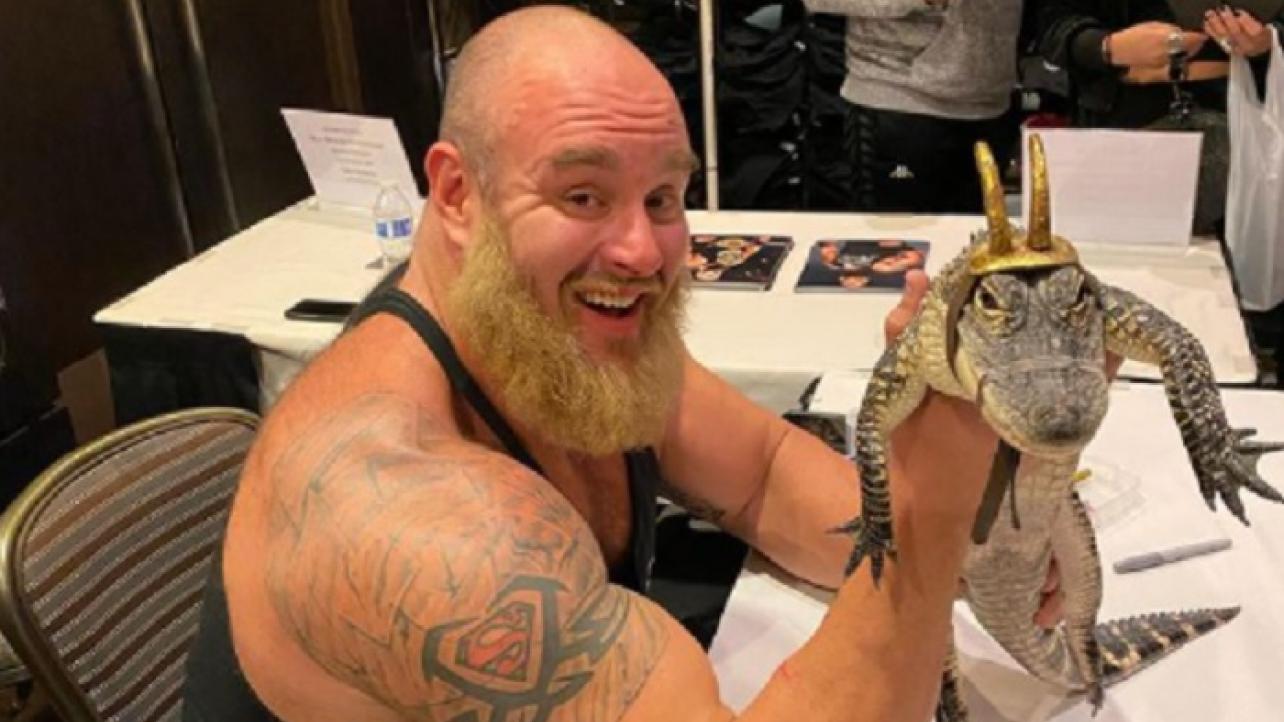 Adam Scherr is sporting a new look these days.

Former WWE Superstar Braun Strowman surfaced on social media on Thursday, sharing a photo on his official Instagram page that shows off his new look.

“You just never know who’s gonna come meet ya,” wrote Scherr as the caption to the aforementioned photo, which includes him holding a little alligator. “Pretty dope to sign an autograph for an #Alligator.”

Responding to the post on Scherr’s IG page were a couple of familiar faces to pro wrestling fans, as AEW star Malakai Black chimed in, as well as former WWE Superstar Mojo Rawley (Dean Muhtadi).

Adam Scherr was released from WWE back on June 2. His most recent high-profile appearance since the release came at the ROH Final Battle 2021 pay-per-view, which was the final Ring Of Honor show of the year and the last before a hiatus for several months to “reimagine the company.”

At the show, Scherr joined EC3’s “Free Your Narrative” brand, and since then, has been teaming up with the former IMPACT Wrestling and WWE Superstar at independent wrestling events. If you are a wrestling promoter or businessman looking to book Scherr, he is accepting business inquiries at nantonicelli@16wmarketing.com.

Check out Adam Scherr’s new look, featuring his blonde-dyed beard, via the photo embedded below courtesy of the official Instagram page of the pro wrestling star. Share your thoughts on his new look by sounding off in our comments section at the bottom of this page.