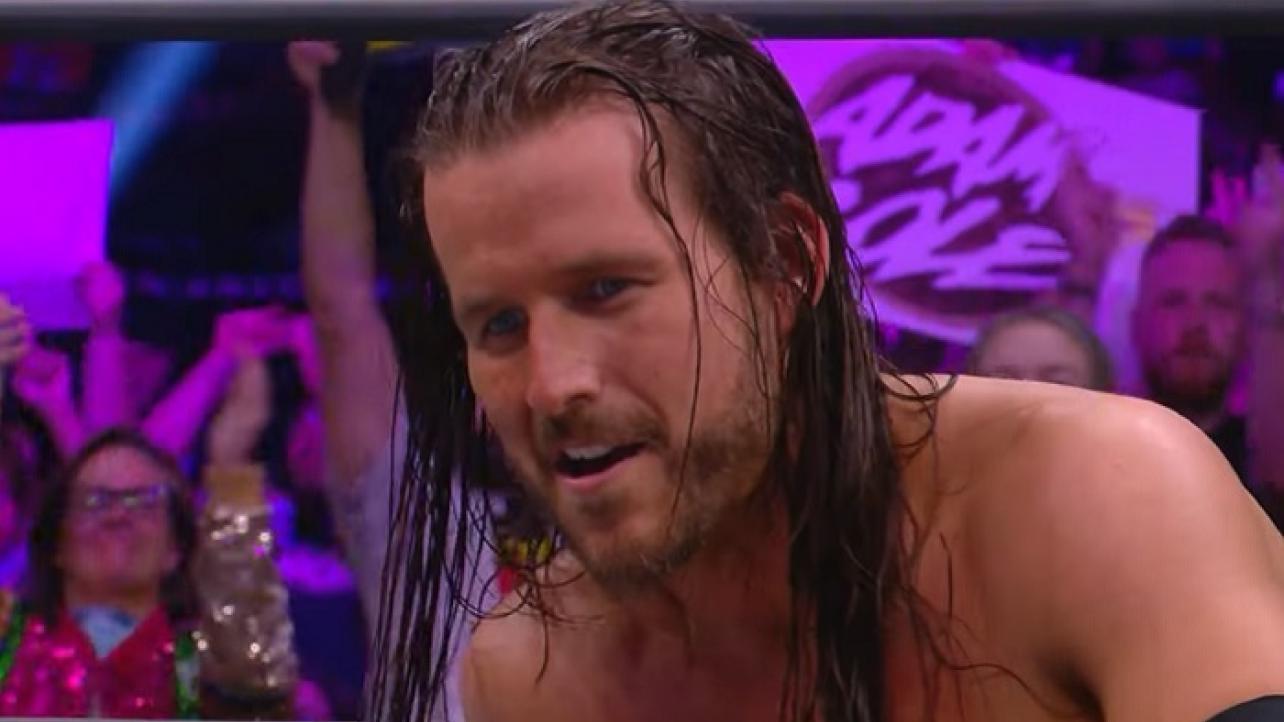 Adam Cole recently appeared as a guest on “Oral Sessions with Renee Paquette” for an in-depth interview covering all things pro wrestling.

During his appearance on the popular program, the AEW star and member of The Elite spoke about signing with AEW instead of WWE when his last contract expired.

“I feel like I’m on top of the world. These past few weeks have just been the best. Anyone who knows me, I’ve been very open about watching AEW since it started and following it closely, and seeing the fans, seeing the locker room, and seeing how happy everybody is, that was really an eye opening thing for me as far as my decision, and how easy it was. There were many people who I had known while they were elsewhere or doing other things, and then seeing these people in AEW, seeing how much fun they were having, and seeing how happy they were. I was like, ‘Oh my God. That’s really, really awesome.’ I don’t know if I ever really jumped into this, but I’ll never forget, it was a couple of days before All Out where I was still kind of making my decision. It had gotten to a point where we were getting pretty close.

Don’t get me wrong, I was pretty sure from the gate that AEW was where I wanted to go, but it was still, like, 9-year old me fell in love with pro wrestling because of WWE. It was like, ‘Oh, what do I do?.’ I remember it was like one in the morning. Britt was fast asleep right beside me. I’m laying there awake. I’m a night owl, so I’m normally up much later than she is, and get up much later than she does. I was laying there, my eyes were shut, and I was just thinking about showing up in AEW. I got that giddy 9-year old feeling thinking about it. So, I was like, ‘That’s it.’ I’ve always followed my gut, and I’ve always followed my heart. The idea of coming here made me so excited and made me feel like a kid again. These past few weeks have been proof that I made the right call. I could not be more excited right now. I’m so pumped.”