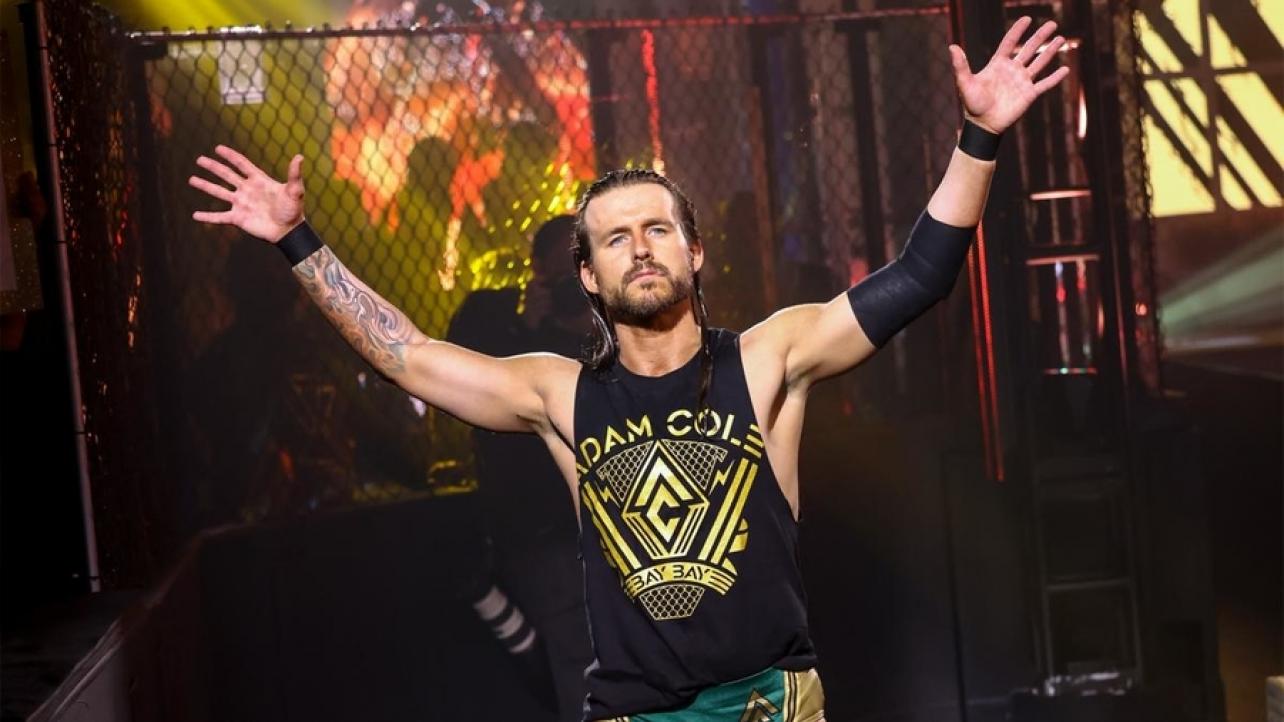 Adam Cole On Potential Samoa Joe Clash, Why He’s In No Rush To Leave NXT

During his recent interview with TalkSport NXT superstar Adam Cole spoke about his ongoing feud with enforcer Samoa Joe, and how he hopes it culminates in an in-ring showdown. Cole also speaks on a possible main roster call-up, stating that he is in no rush as he enjoys representing the yellow and black brand. Highlights are below.

On a potential in-ring feud with Samoa Joe:

“It would be incredible. Samoa Joe was one of the guys responsible for me actually discovering independent wrestling. Him, along with CM Punk and Daniel Bryan – Bryan Danielson at the time – I remember seeing those guys and being like ‘Oh my god, I have to watch all of their matches! And I have never, in my 13 year career, wrestled Samoa Joe. We just never crossed paths. And I know things are very different now where we are unsure if Joe will ever actually get back in the ring, but you can guarantee if that day does happen, I will be hoping and praying as much as the NXT fanbase is that we have an Adam Cole and Samoa Joe match. Aside from the fact that I do respect him so much, I’m sick of him punking me out! [Laughs]. I gotta change this, immediately.”

Says he is happy staying put in NXT right now:

“There is so much to do. I find it so flattering that there are people that want to see Adam Cole on RAW or SmackDown so, so badly. But then there’s another group that’s like no, I want him to stay in NXT. Right now, the possibilities of things to do on any of the three brands feels endless for me. It just feels exciting across the board. Being able to stay in NXT, even with the 403-day reign and being a triple-crown winner and all that stuff, I’ve been with the brand for such a longtime and I’ve seen it grow so much that it’s really fun to be a part of that process. I would love to win the NXT title again. I would love to face Samoa Joe. I would love the chance to wrestle Isiah ‘Swerve’ Scott. There’s so many possibilities within that brand. Then of course with RAW or SmackDown there’s a bunch of talent that I haven’t had the chance to wrestle yet that I would love to as well. So it’s exciting, but there is definitely plenty for me to do in NXT yet.”

How he’s proud of the NXT brand:

By no means am I biding my time or saying ‘OK, I’m just waiting any day now’ to go to RAW or SmackDown. I do not feel that way at all. And that’s not saying I don’t want to go; of course the idea of getting to go up there and compete on those brands is very exciting to me. But I am not dragging my feet by any means just waiting – at all. I’m so proud of what our brand brings to the table. I love the roster. I love the crew. I love the show we bring week-to-week. I definitely am proud to be in NXT.

Adam Cole On Potential Samoa Joe Clash, Why He’s In No Rush To Leave NXT