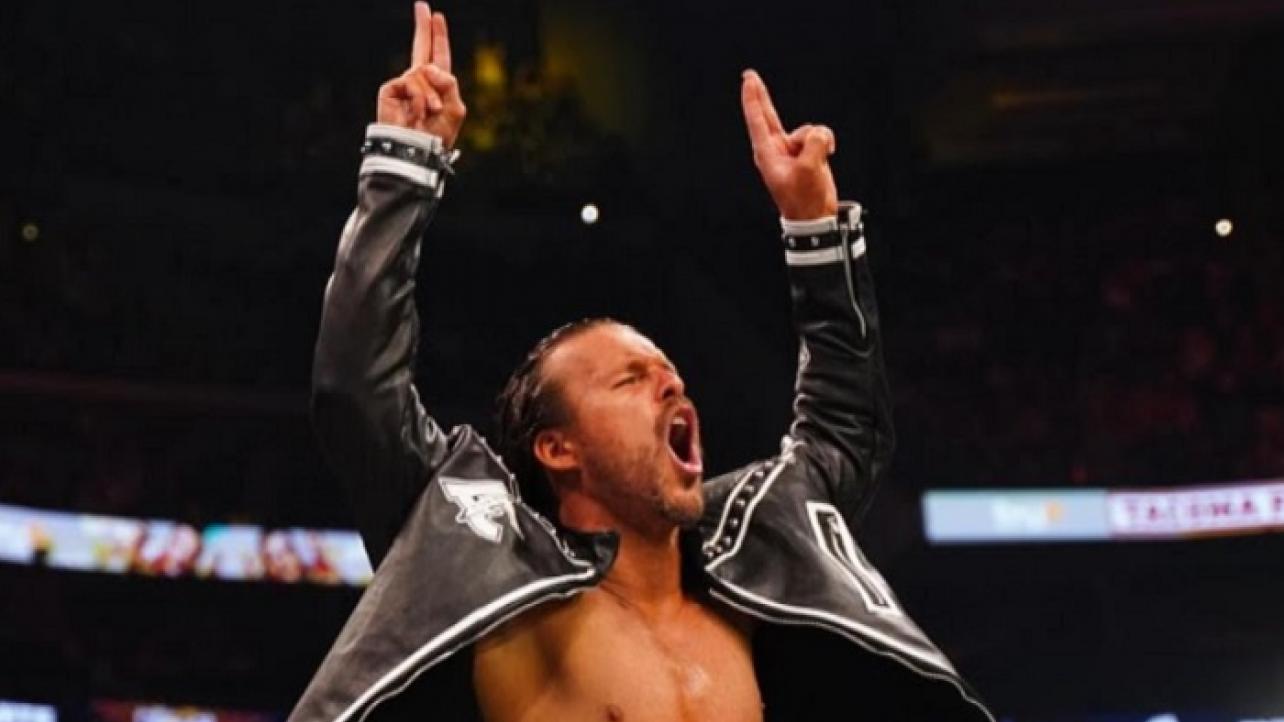 Adam Cole recently appeared as a guest on the Rasslin With Brandon F. Walker podcast for an in-depth interview covering all things pro wrestling.

During the appearance, the AEW star spoke about his run in the promotion thus far, the creation of his entrance music and more.

On his run in AEW thus far: “I had really high hopes for the entire process of going to AEW. I’ve been able to watch fairly closely because my girlfriend, Britt Baker works there. She’s been there since the very beginning. I think she may be the first person signed to the company, definitely the first woman signed to AEW. Seeing the progression of the company, the fans, and everyone rallying and getting behind them more and more was really cool for me. So I was really excited at the idea of going. It has exceeded my expectations in a lot of ways. It’s been so cool to travel to different cities every single week and get to perform in front of thousands of people which has been awesome. It’s also definitely exceeded my expectations on how crazy the fans have been. I was hoping that people were going to be excited that I decided to choose AEW, but it seems like every single week, holy cow, it almost takes my breath away with how awesome the fans have been. It’s been awesome.”

On the creation of his entrance music in AEW: “I have such a big backstory with this that I don’t think I’ve talked about yet. I did talk extensively, and by extensively, I mean over a few day period, because that whole process before I ended up showing up at All Out was actually a lot shorter than people realize. I talked with Mikey Rukus, the guy responsible for making the song, and I explained to him, ‘Hey man, I want the song to have a Rage Against the Machine vibe. Also, I came out to the song called ‘Something For You’ in Ring of Honor which is a song that a lot of people really liked. I loved the baseline and how heavy the drums are in that song.’ I said, ‘If there’s a way that we can get that in there as well, that would be incredible.’ Of course, Rukus, like the genius he is, came up with this song that is just incredible. I remember being unsure if I wanted lyrics in the song because forever I had used, at least for my four year period in NXT, there were barely any lyrics in the Shock The System song, so I had become accustomed to that. So when I heard his lyrics, I’m like, ‘Oh my God. This is perfect.’ A lot of people may not remember this, but in the first few weeks, I actually did not have a cue for ‘The Boom’ in the song because I remember not being sure, and this was on me, not on him, but I remember not being sure if I wanted that cue and thinking, ‘Maybe I’ll just come out to the song, however long the ramp is, whatever the situation is, I could get up and do it and they’ll do it with me.’ But the fans had made it very, very clear that they wanted a point for that in the song, so we put it in there and it was perfect. He absolutely knocked it out of the park. What else really helps too because I notice this about wrestling, is the fans have been so excellent, it automatically makes the song more exciting. If you hear a song combined with a massive crowd reaction, it automatically is like, ‘Oh, this song is sick’, because it takes you to that place. On top of that, if you listen to the song by itself, it is a really cool song, so shout out to Mikey Rukus for doing an excellent job.”