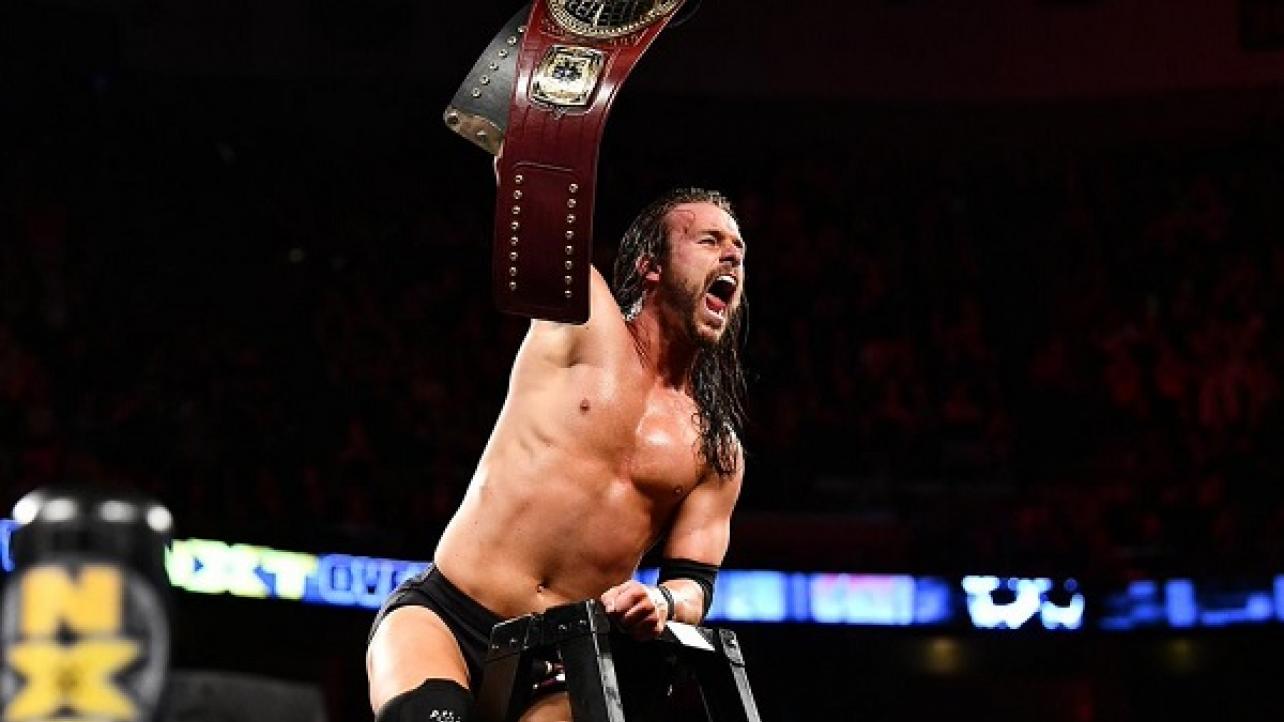 Adam Cole Reveals Who He Wants To Work With In NXT

NXT North American Champion Adam Cole recently appeared as a guest on Edge and Christian’s podcast, E&C’s Pod Of Awesomeness podcast for an in-depth interview. Featured below are some of the highlights.

On people assuming he works in the office when he tells them he works for WWE, due to his small size: “Because of me and my size I often get asked if I work in the office. I’ll get asked that. Uh huh. Oh my God, every time… it’s unbelievable! Right. The people who are the worst are the TSA agents, so when I traveled with the NXT North American Championship, that often times is when I would get the… they would take the championship out, and look at it, and say, ‘what’s this?’ I’d say, ‘oh, it’s a championship belt.’ And they’d say, ‘for what?’ And I’d say, ‘for wrestling.’ And they would look at the belt, look at me, look back at the belt with just the most interesting look on their faces. Like, ‘guy, I’m right here! I’m right here, man.’ There is nothing that makes me more falsely arrogant, like, wanting to defend myself, than a TSA agent. Like, automatically, I’m like, ‘I may be small, but I’m really good. Like, that championship says it right there.'”

On being happy with how things have been going after spending over a year in NXT so far: “At this point, now, I’ve been with NXT a little bit over a year, so I’m really starting to adjust to everything, and, at the same time, appreciating the process even more, so stuff is going great. Stuff is going really, really well. I’m happy with everything that I’ve got going on right now. It’s a fun time. The coolest thing for me is to see… I’ve only been with NXT for a little over a year, but to see the progression within the brand, even since I’ve been here, whether that be attendance at live events or even the general energy from the audience, it has been drastically improved, so that has been really, really sweet to see.”

On always wanting to go to WWE, but wanting to do so by going through the NXT system: “Yeah, so obviously breaking into [pro] wrestling, my goal always was I someday want to work for WWE. I grew up a giant fan. And then, obviously, when I broke into wrestling, I fell in love with pro wrestling as a whole and the idea of being a pro wrestler and working for all these promotions around the world that I was watching was so exciting. I loved my time on the independents. I loved my time overseas in Japan. But, still, the endgame for sure was ending up at WWE. I felt like, at the time, it was a good time for me to go because I was fairly popular and kind of hitting a stride in Ring Of Honor and even a little bit in New Japan [Pro-Wrestling], so I thought, ‘okay, this was a really good chance.’ I had known that there was some interest there, so finally when my contract expired, I talked to them and we came to an agreement where, okay, I was going to start in NXT and I was thrilled, mainly because I remember that people had asked before, as far as, ‘would you want to go to NXT or would you want to go to RAW or SmackDown?’ And I’ve always said that I always wanted to go to NXT first just because I’m such a fan of this brand. I love the audience. I love the connection the audience has with the guys. I love the stories that are told. And I felt like my connection to the WWE audience for the first time will be best utilized probably as far as NXT goes. And I know, obviously, they felt the same way. So getting the chance to finally work here has been cool.”

On who he would like to work with in NXT: “Oh man, like [Edge] said, the list of this roster currently is so stacked! But I look at guys like Johnny Gargano, who I’ve never really gotten the chance to go toe-to-toe with in NXT. I look at a guy like Velveteen Dream who has only been wrestling for a couple of years and he’s just filled with charisma, filled with talent. Tommaso Ciampa, I’ve barely gotten to wrestle here in NXT. Pete Dunn, I feel like I’ve just scratched the surface with. There are just so many guys who I may have interacted with for a brief time, but as far as getting a chance to get in there and wrestle with and having a program with these guys, the list goes on and on.”

Check out the complete Adam Cole interview from E&C’s Pod Of Awesomeness at Art19.com.

Adam Cole Reveals Who He Wants To Work With In NXT