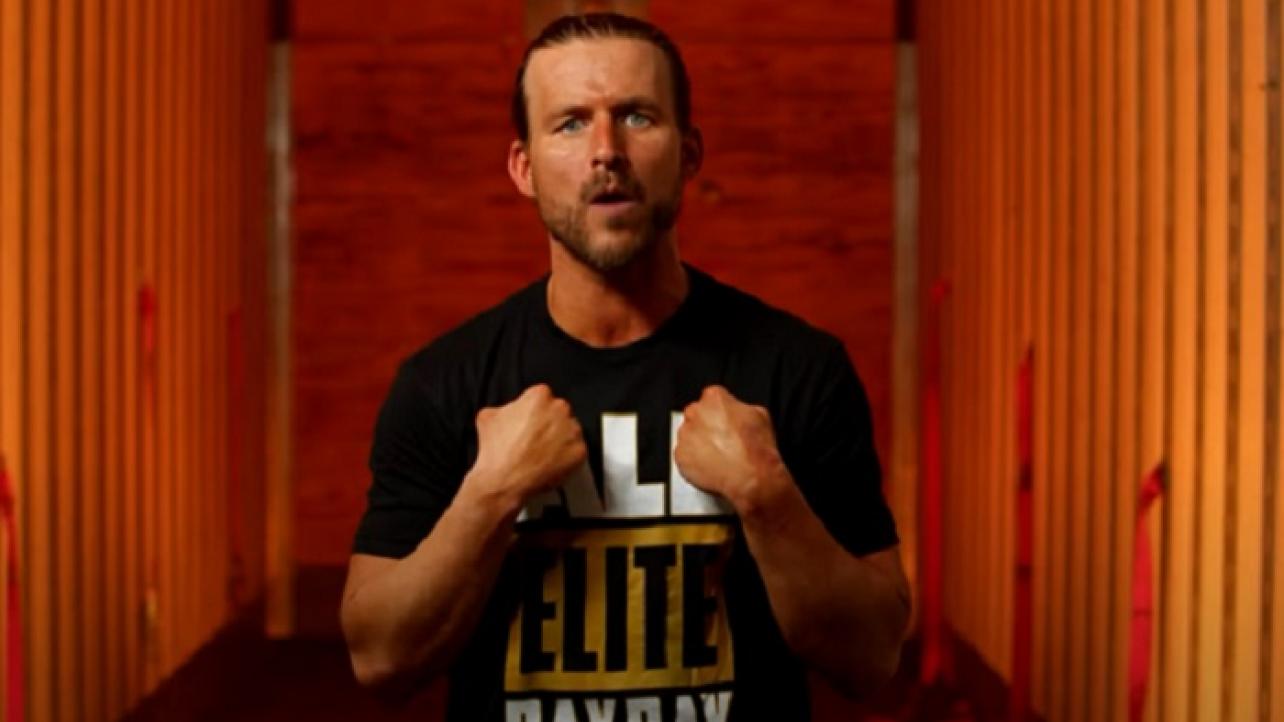 As noted, Adam Cole recently appeared as a guest on “Oral Sessions with Renee Paquette” for an in-depth interview covering all things pro wrestling.

Featured below are some additional highlights from the appearance.

On being nervous about a potential main-roster call-up in WWE but saying he was optimistic it would all work out: “For sure, but that’s not to say that I didn’t want to do that and experience it. I wanna be able to look back on my career and say that I accomplished or did everything I wanted to and again, even I had a really short stint where I was getting the chance to work on SmackDown and work on Raw and I got to do the match at Survivor Series and all of those were very positive experiences as well. It was all crazy and that’s a whole other story with the whole last-minute thing. That was bonkers. All of it was very positive. But yeah, there certainly was a fear and it’s not because of anything other than the fact that I feel like I had known so many people who had gotten upset or stressed out by situations they were thrown into, which again, I’m like that annoyingly optimistic person that finds the positive in everything. But yeah, that was a concern and it was something I was a little bit worried about because so far, in the 13-and-a-half years that I’ve been in the pro wrestling business, I have not gotten to a point yet where I’m like, ‘I hate this. I am not having fun.’ I’ve been very lucky, fingers crossed, the entire time.”

On how his relationship with Triple H and Shawn Michaels remains strong: “The nice thing about my relationship with him [Triple H] and my relationship with Shawn Michaels, they are so positive. Like to this day, positive. I formed a bond with Hunter, with Shawn that I would like to think and they have made it very apparent to me as well that it’s a relationship that we’re always gonna keep because I loved working with those guys. He knew what my goals were, the things that I wanted to accomplish. I think a big reason I loved NXT so much was again, we had that freedom and that ability to wrestle super cool, longer matches and get to show ourselves off like artistically in that sense. NXT was kind of built on that mentality. I got in at like the perfect time, at least for what I love about pro wrestling. He understood that I wanted to continue doing stuff like that. He knew that my Twitch was super important to me and I know that’s a big no-no in WWE which is unfortunate. But yeah, I was very open and very honest with him to the point where I was still thinking about what I was gonna do even when my contract was up. He knew that and then when the decision was made, he knew that and Shawn knew that so I’ve always been open and honest with them right out of the gate because they’ve always been open and honest with me. I love Hunter, I love Shawn. They have been nothing but incredible to me. They made me better as a performer. I don’t think I’d be where I’m at in AEW right now if it wasn’t for those two and I really do mean that, seriously. When I think about the performer that I was in Ring of Honor, as much as I learned and as many great people as I got to work with, getting that four years with them is priceless. It’s absolutely priceless.”