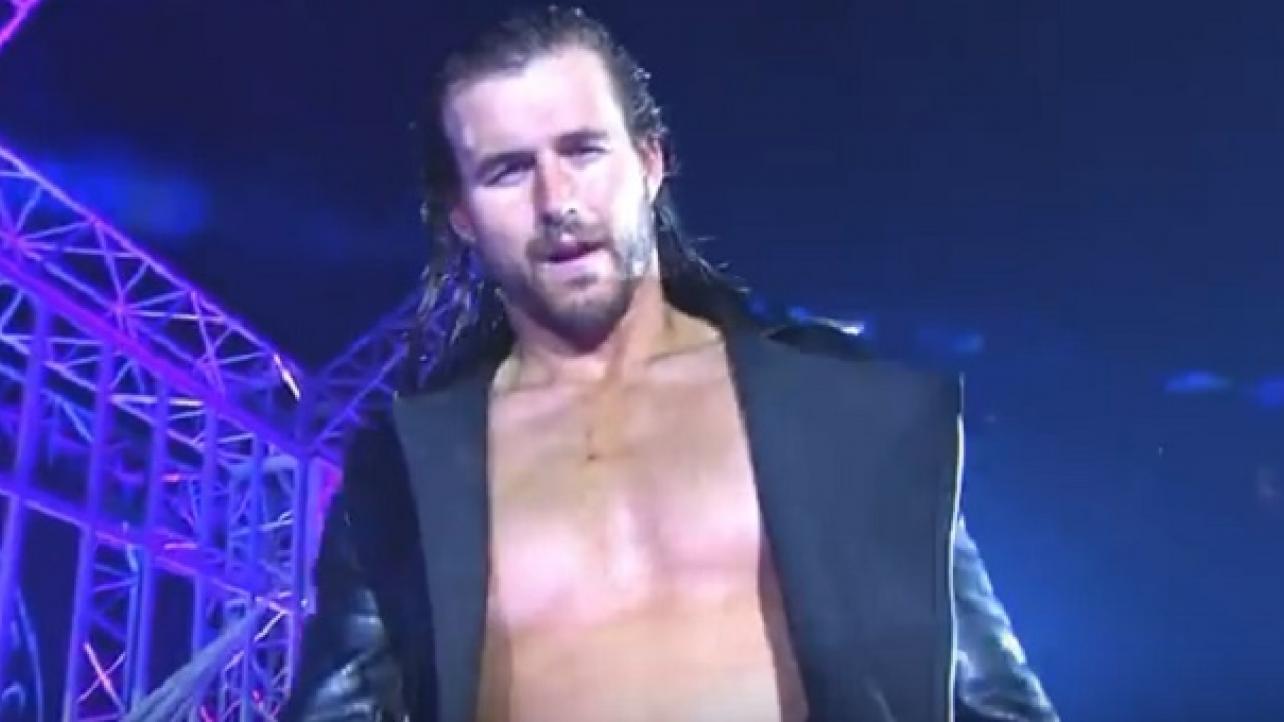 Adam Cole Talks At Length About Free Agency, What He’ll Do Next

Ring Of Honor star Adam Cole appeared as a guest on Live Audio Wrestling this week.

During his appearance on the popular radio show, Cole spoke at length about free agency. Below are some highlights of what Cole said about the subject on the show this week.

“It’s really tough to say actually right now, what exactly I want. I will say this, since 2010 I have been contracted to Ring of Honor Wrestling so for the past seven years, I’ve been contracted to Ring of Honor and haven’t even considered the idea of going anywhere else. So, for me, this is a situation where I have had and still am having the time of my life in Ring of Honor. So for me to just take a step back and look at the landscape and decide if I want to stick around, if I want to go elsewhere and making that decision.

“I think it’s healthy for me, at 27 years old I’ve never gone out and seen what’s out there and checked out the possibility of seeing if I’m ready to move on or not or go somewhere else. I don’t say move up, I say move on because I think so highly of Ring of Honor but for me, as far as making the actual decision, there are multiple factors. Is it something where I want to go and I feel like I need new challenges, I mean that’s definitely a possibility. Is it a matter of sticking with a company who I’ve been a mainstay guy with for years now and helping that company continue to move forward? Just, again, having the option to think about what I would like to do is so important to me right now but at the end of the day, what I’m going to do and the decision I’m going to make will come down to me being as happy as possible because I love pro wrestling, it’s my life, I eat, sleep and breathe it and wherever I feel like I’ll be at my happiest and wherever I feel like it will be the most rewarding for me, that will be the decision that I end up making.

“Unfortunately, you can’t make those decisions in a couple of days. You’ve got to think about it and process what would be best for you but I’m in a very cool, very lucky scenario right now where I have the option of exploring these different areas. At the end of the day, the decision that is made will be the one that makes me the happiest.

“I’m absolutely going to take my time. I think a lot of the time when you make, I don’t want to say rash decisions but when you make immediate decisions on what you would like to do, I feel like that can put you in a scenario where you’re second-guessing yourself. For me, I don’t want to have anything that I’m second-guessing. I want to totally make sure, this is the decision I want to make, this is where I want to go, this is what I want to do. And for me, that does take some time because, again, a lot of people think this is just some easy, okay you just make your decision and you go, it’s not. My entire life could potentially change so this is definitely something that I need to sit back and think about, talk to the people that I’m closest with and decide what is best for me, what is best for Adam Cole.”

Check out the complete Adam Cole interview at FightNetwork.com.

Adam Cole Talks At Length About Free Agency, What He’ll Do Next