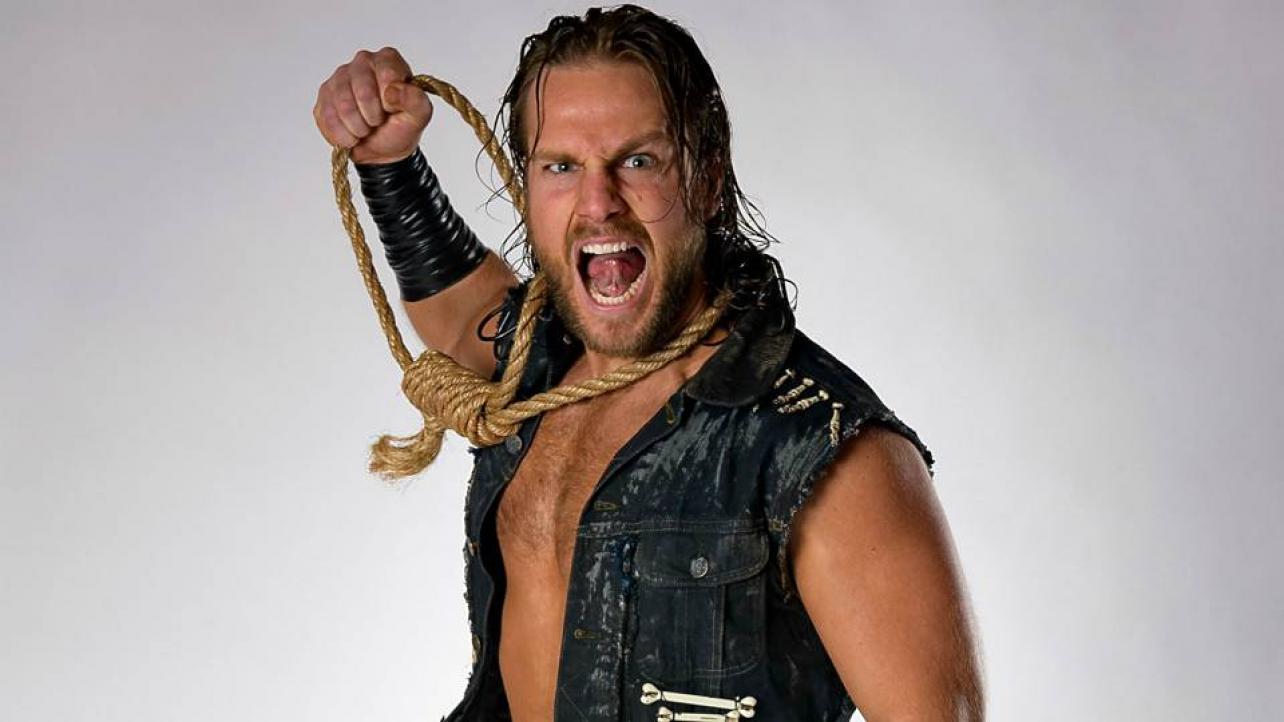 Adam Page On The Bullet Club, Working With The Young Bucks & More

ROH star Adam Page recently spoke with the folks at Sporting News about the Bullet Club, working with The Young Bucks and the current state of his wrestling career. Featured below are some of the highlights from the interview.

On working with The Young Bucks: “When we have these kinds of matches — myself, Matt and Nick — we go all out, maybe even more so than we have to or should. I think that’s what people can expect. It should be wild. The six-man titles are on the line so we have a lot to fight for.”

On joining the Bullet Club: “[I’m] maybe more confident, maybe more willing to do things like moonsaults off of a balcony or whatever it may be. I’m fortunate that I’m in a good place right now. Fans are really responding to me now so I guess now is the time for me to give back and do that kind of stuff with a little less hesitation. … Around Christmas time, I passed by a Hot Topic at the mall. They had the Christmas decorations up in the front of the store with AC/DC and Metallica, Harry Potter, Star Wars and Bullet Club. So, we are certainly a part of pop culture. I think its Bullet Club stuff and what we’re doing now in wrestling is, honestly, such a big part of pop culture that it’s kind of hard to avoid, even if you don’t follow wrestling.”

Check out the complete Adam Page interview at SportingNews.com.

Adam Page On The Bullet Club, Working With The Young Bucks & More