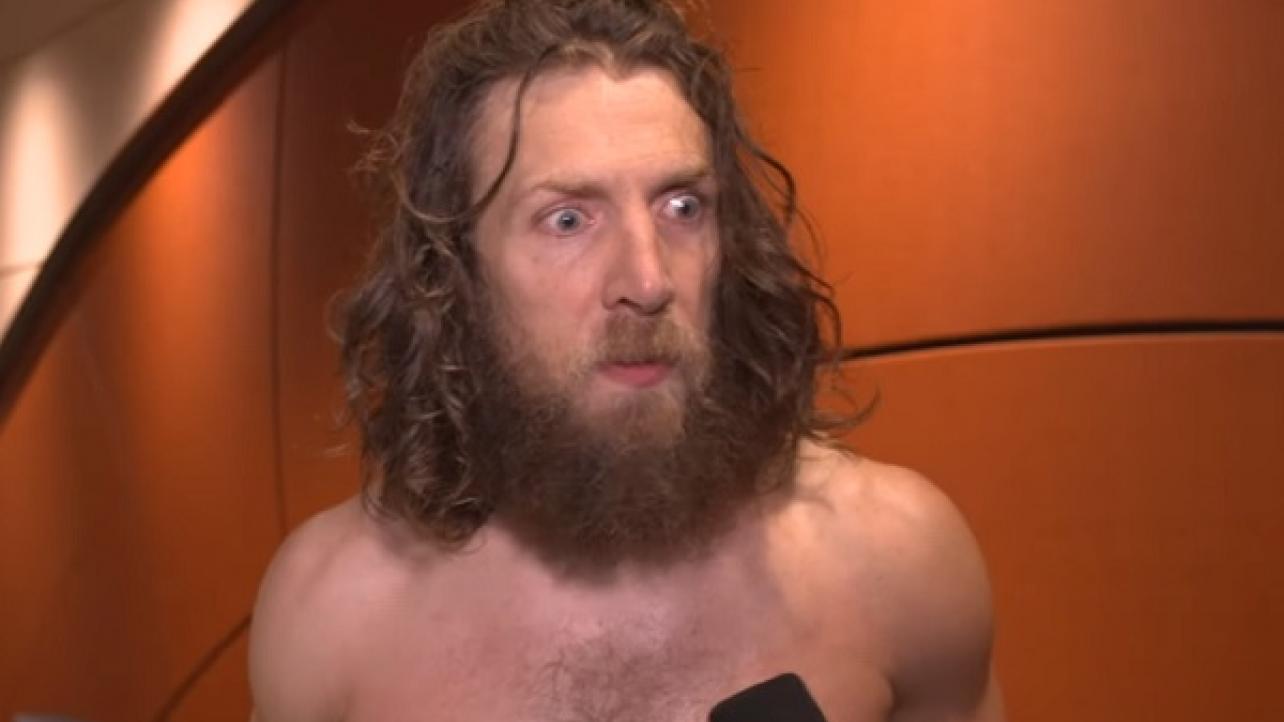 As noted, WWE returns to the DCU Center in Worcester, Massachusetts this evening for this week’s post-WWE Extreme Rules 2019 episode of WWE SmackDown Live on the USA Network.

As noted, WWE has announced that The Ilconics (Peyton Royce & Billie Kay) will defend their WWE Women’s Tag-Team Championships against Asuka & Kairi Sane on tonight’s show, and that Daniel Bryan will make an announcement that will “change the course of his career and shake SmackDown LIVE to its core.”

Check out the complete preview for tonight’s show by clicking here.

In addition to WWE SmackDown Live, this week’s episode of 205 Live on the WWE Network will be taped at the DCU Center in Worcester, Massachusetts tonight. WWE.com released the following preview for the show:

Tonight, Gentleman Jack Gallagher will compete against formidable SmackDown LIVE Superstar Chad Gable in what is sure to be a technically superior main event. Don’t miss WWE 205 Live at 10/9 C on WWE Network.

This week, The British Superstar will square off against SmackDown LIVE’s Chad Gable in what is sure to be a technically superior main event. Hopefully, the action will be garbage free.

Since returning to action in June after a brief hiatus, Drew Gulak has displayed a more aggressive attitude and in-ring repertoire. At WWE Stomping Grounds, Gulak defeated Akira Tozawa and then-champion Tony Nese to at long last lay claim to the WWE Cruiserweight Championship. This past Sunday at WWE Extreme Rules, Gulak proved that his victory at WWE Stomping Grounds was no fluke and defeated his former friend The Premier Athlete to retain the championship in his hometown of Philadelphia.

Long gone are the campaign slogans and PowerPoint presentations, as Gulak is focused on letting his abilities inside the squared circle do the talking. With The Biggest Event of the Summer on the horizon, will a new challenger make a strong case to be the one to face the champion?

Last week on WWE 205 Live, Mike Kanellis interrupted Gentleman Jack Gallagher’s match to air his grievances – or trash as it were – regarding his dissatisfaction with WWE 205 Live General Manager Drake Maverick. Kanellis has long felt that Maverick has not given him opportunities and has recently been too focused on the WWE 24/7 Championship. Maverick tried to reason with Kanellis following the outburst, but his words fell on deaf ears.

Kanellis feels Maverick has ruined his life and that interrupting WWE 205 Live is the proper way to reciprocate. Despite Kanellis’ rage, Maverick fined The Opportunist for his actions. Kanellis remained defiant and promised to defeat his opponent tonight – no matter who it is — to see how big a fine Maverick would issue then.

Who will face the wrath of Mike Kanellis? Don’t miss WWE 205 Live, streaming live tonight at 10/9 C on the award-winning WWE Network.

Make sure to join us here at eWrestling.com this evening for live WWE SmackDown Live results coverage, as well as a recap of this week’s episode of WWE 205 Live.