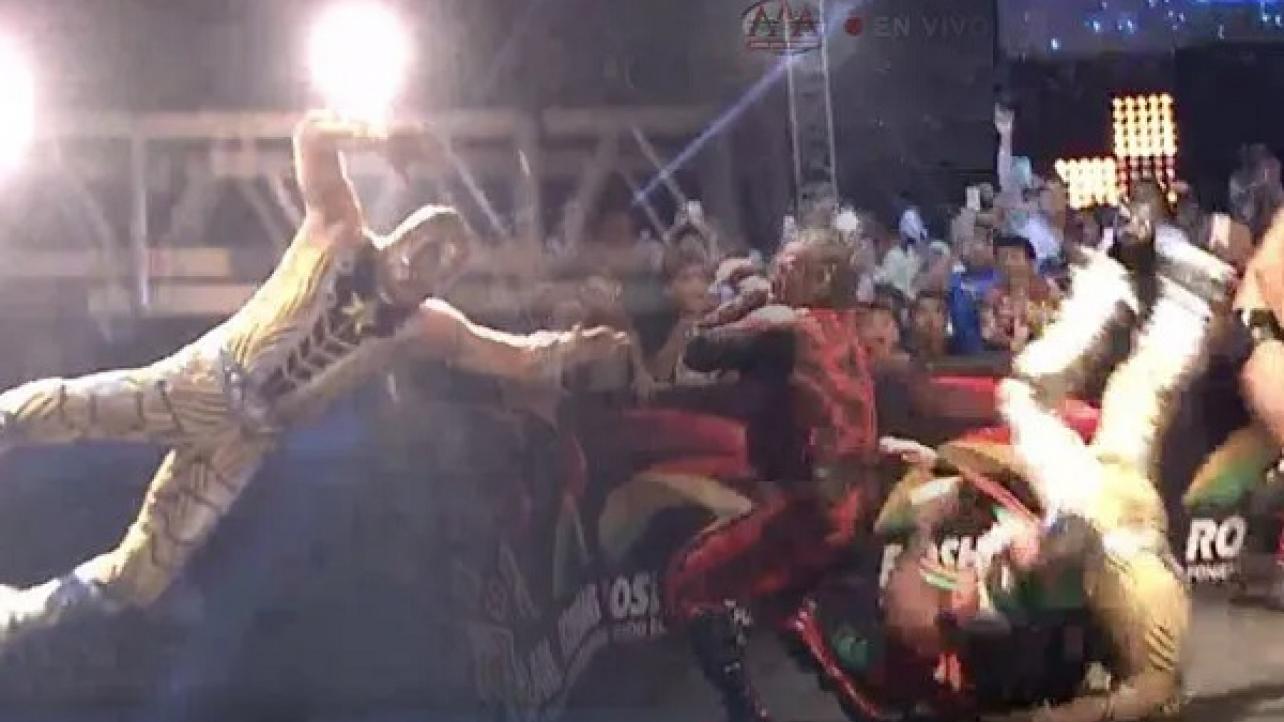 Aerostar Stretchered Out After Scary Spot At AAA Event (Video)

Mexcian star Aerostar, who was a former trios tag champion in Lucha Underground, was stretchered out of last night’s Verano de Escándalo AAA event after attempting a diving cross body from the top of the scaffolding.

The drop, of roughly 20-plus feet, connected onto the wrestlers beneath him, but Aerostar’s momentum propelled him to fall right onto his neck. Initial reports are that he is okay, but we will keep you informed as soon as more information is released.

You can watch the video of Aerostar’s spot below.

Aerostar Stretchered Out After Scary Spot At AAA Event (Video)