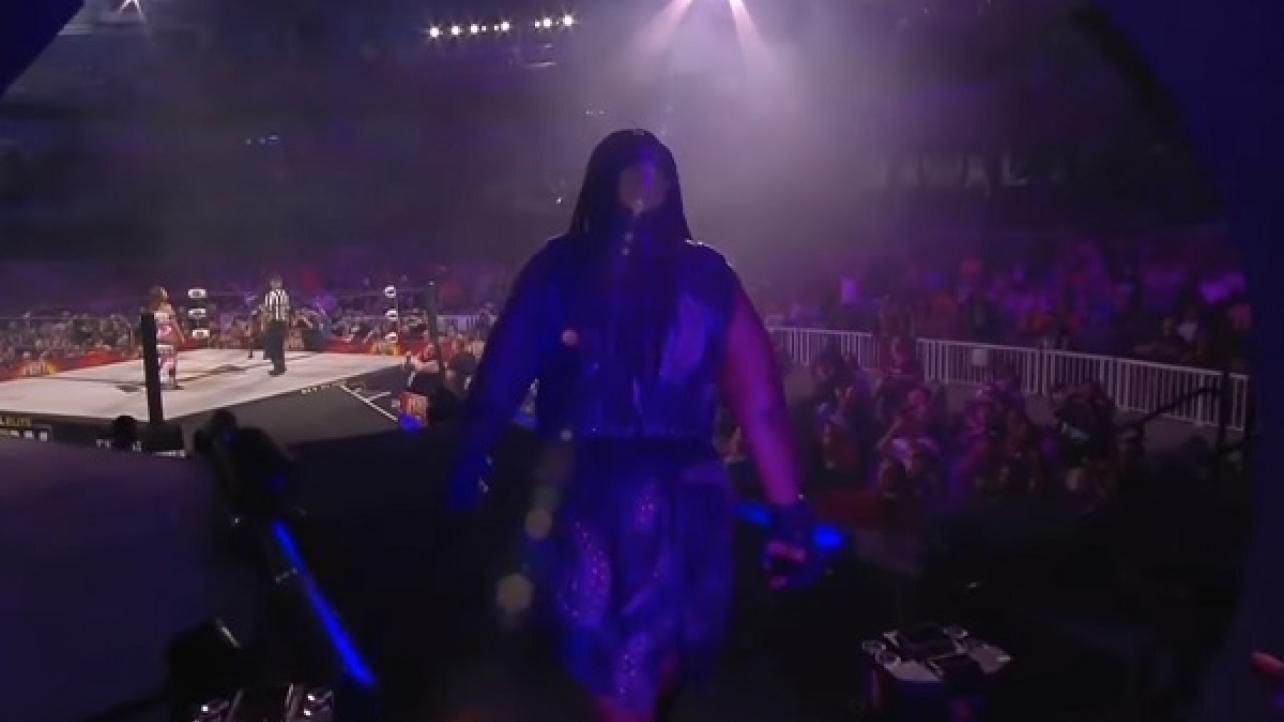 AEW Superstar and “GLOW” cast member Awesome Kong (Kia Stevens) spoke with The New York Post this week to promote the third season of her Netflix series and AEW All Out 2019 / Starrcast III Weekend.

During the interview, it was announced that Kong has officially been added as a participant in the Women’s Casino Battle Royale match at Saturday’s AEW All Out 2019 “Buy-In” pre-show.

The match at Saturday’s big event at the Sears Centre Arena in Hoffman Estates, Illinois will feature 21 participants, with the winner advancing to be in the first-ever AEW Women’s Championship match on the debut episode of AEW On TNT at the Capital One Arena in Washington, D.C. on Wednesday, October 2nd.

Featured below are some of the highlights of Awesome Kong’s interview with the N.Y. Post, where she discusses being added to the AEW All Out Women’s Casino Battle Royale and her decision to return to the pro wrestling world in general.

On possibly getting to go down in the record-books as being in the first AEW Women’s Championship match: “I like records. [Laughs]. I like breaking molds. I love making history and what not, so this is putting another notch on my belt, so to speak. Who wouldn’t want that?”

On her decision to return to the pro wrestling world: “After I left TNA [IMPACT Wrestling] it allowed me to take a step back and see what, if anything, else I even wanted to do in wrestling. And then of course with the injuries I accumulated over the years, I thought it was a good time to take a break and let my body heal. So after about three years you kind of get the itch — and that’s when you’re really healthy, physically and mentally, you tend to want to step back in the ring because wrestling never leaves you.”

Check out the complete Awesome Kong interview at NYPost.com, and make sure to join us here at eWrestling.com THIS SATURDAY NIGHT for LIVE AEW All Out 2019 results coverage!