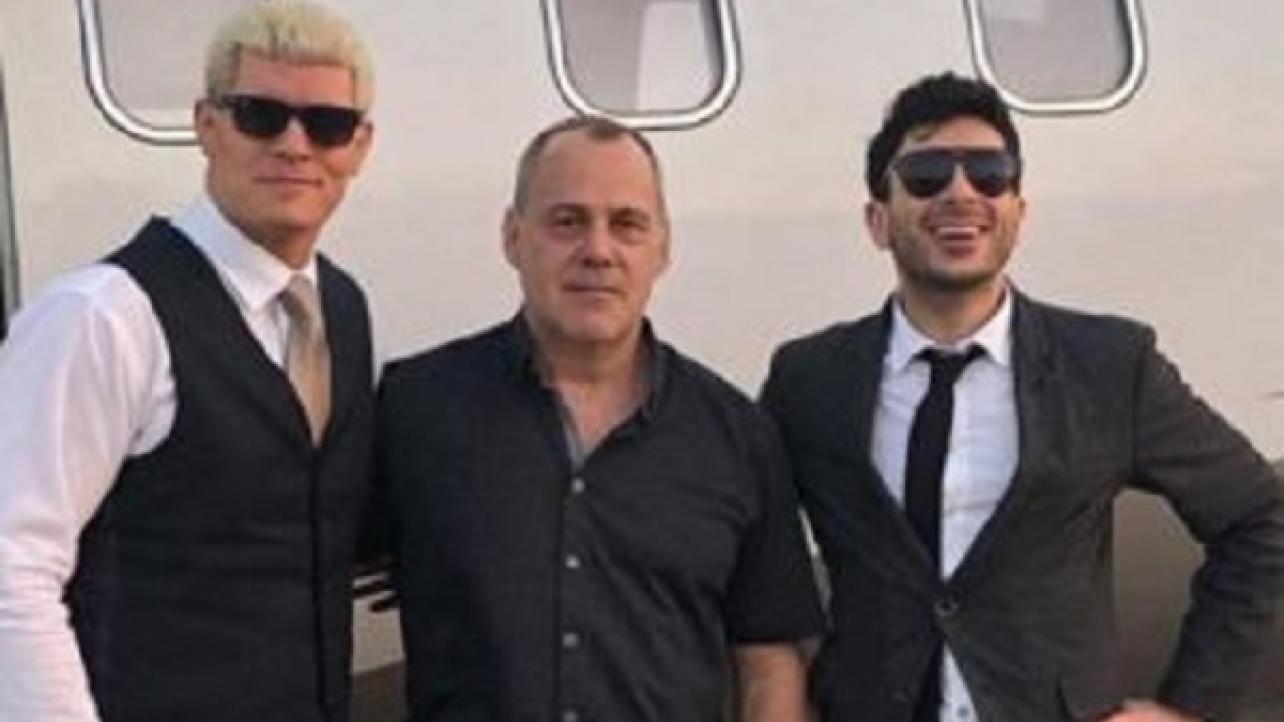 On Friday afternoon, All Elite Wrestling (AEW) announced via their official Twitter page, as well as through a press release that was sent out, that former longtime WWE producer / agent and pro wrestling legend Dean Malenko has signed a multi-year contract with the promotion to become the new Senior Producer / Coach for AEW.

Las Vegas, NV (May 24, 2019) – AEW today announced a multi-year deal with world-renowned coach, producer and wrestler Dean Malenko. Effective immediately, the former No. 1-ranked wrestler in the PWI (Pro Wrestling Illustrated) 500 will take on the role as Senior Producer / Coach.

Malenko, who spent the past 18 years producing and coaching some of the biggest starts in wrestling, is a second-generation wrestler trained by his father, the acclaimed Boris Malenko. Malenko’s impact will be immediate as he joins AEW this weekend at DOUBLE OR NOTHING, the highly-anticipated event on Saturday, May 25, at the MGM Grand Garden Arena in Las Vegas.

“Dean Malenko has been a massive force behind some of today’s biggest wrestling stars,” said Cody Rhodes, EVP of AEW. “He’s never stopped being a major talent who was part of the ECW revolution as well as a fixture in the cruiserweight movement on Nitro. He’s kept an open mind to our world from Lucha Libre to Japanese pro-wrestling. He’s the perfect fit for our sports- centric mentality, and his experience will be invaluable for our team. Welcome Coach!”

“It’s not often you get an opportunity late in your career to be a part of building something from the ground floor,” said Dean Malenko. “The freedom to be able to contribute uninhibited will only lend itself to foster creativity and produce an outstanding product. I’m excited about what the future holds for AEW, and I can’t wait to be a part of the journey.”

All Elite Wrestling AEW is a new professional wrestling promotion headlined by members of The Elite (The Young Bucks, Kenny Omega, Cody and Brandi Rhodes, and Hangman Page) and Chris Jericho. For the first time in many years, AEW is offering an alternative to mainstream wrestling, with a growing roster of world-class male and female wrestlers who are poised to bring new spirit, freshness and energy to the industry. The inaugural event under the AEW banner is DOUBLE OR NOTHING on May 25 at the MGM Grand Garden Arena in Las Vegas, followed by FYTER FEST on June 29 in Daytona Beach, followed by FIGHT FOR THE FALLEN on July 13 in Jacksonville. For more info, check out @AEWrestling (Twitter), @AllEliteWrestling (Instagram), /AllEliteWrestling (FB), AllEliteWrestling (YouTube), and additionally, AllEliteWrestling.com.