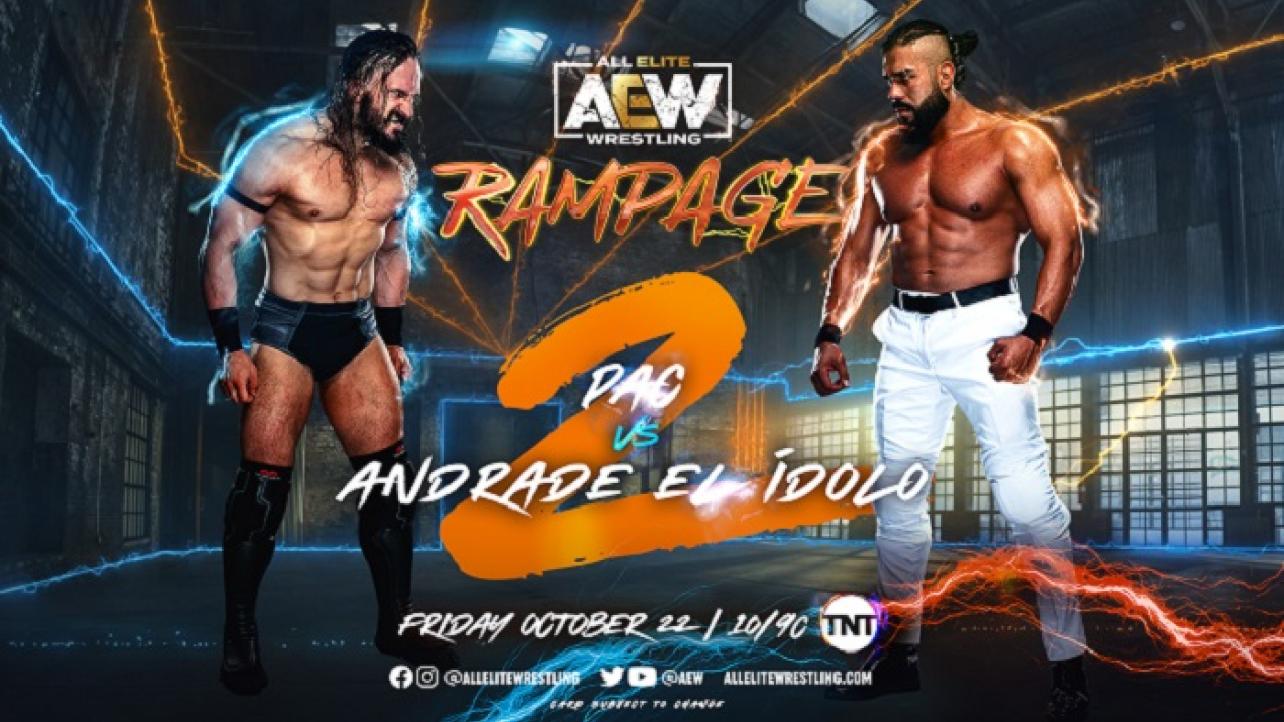 AEW Announces Everyone Is Banned From Ringside For PAC vs. Andrade El Idolo Rampage Rematch

There will be a clean winner when PAC and Andrade El Idolo meet in their highly-anticipated rematch at AEW Rampage this week.

Ahead of the second showdown between “The Bastard” and El Idolo, AEW has announced a stipulation for their rematch scheduled for the weekly one-hour Friday night AEW on TNT television program.

Emanating from the Addition Financial Arena in Orlando, Florida on Friday night, PAC vs. Andrade El Idolo 2 will feature a stipulation that will see everyone banned from ringside during the contest.

This was announced as a result of their classic first meeting ending when Chavo Guerrero Jr. and his help interfered in the match, directly affecting the outcome of the bout.

AEW made the following announcement regarding the match on their various social media platforms on Thursday afternoon:

“Andrade El Idolo & PAC wrestled an instant classic bout last month before Chavo Guerrero Jr. interfered to cost PAC the match. AEW General Manager Tony Khan has banned everyone from ringside for the duration of their much anticipated rematch TOMORROW NIGHT on AEW Rampage at 10/9c on TNT!”

Check out the actual tweet from the official AEW Twitter feed via the post embedded below, and make sure to join us here at eWrestling.com on Friday evening for live AEW Rampage results coverage from Orlando, FL!

.@AndradeElIdolo & @BastardPAC wrestled an instant classic bout last month before @mexwarrior interfered to cost PAC the match. #AEW GM @TonyKhan has banned everyone from ringside for the duration of their much anticipated rematch TOMORROW NIGHT on #AEWRampage at 10/9c on TNT! pic.twitter.com/7cKq57aosn

AEW Announces Everyone Is Banned From Ringside For PAC vs. Andrade El Idolo Rampage Rematch