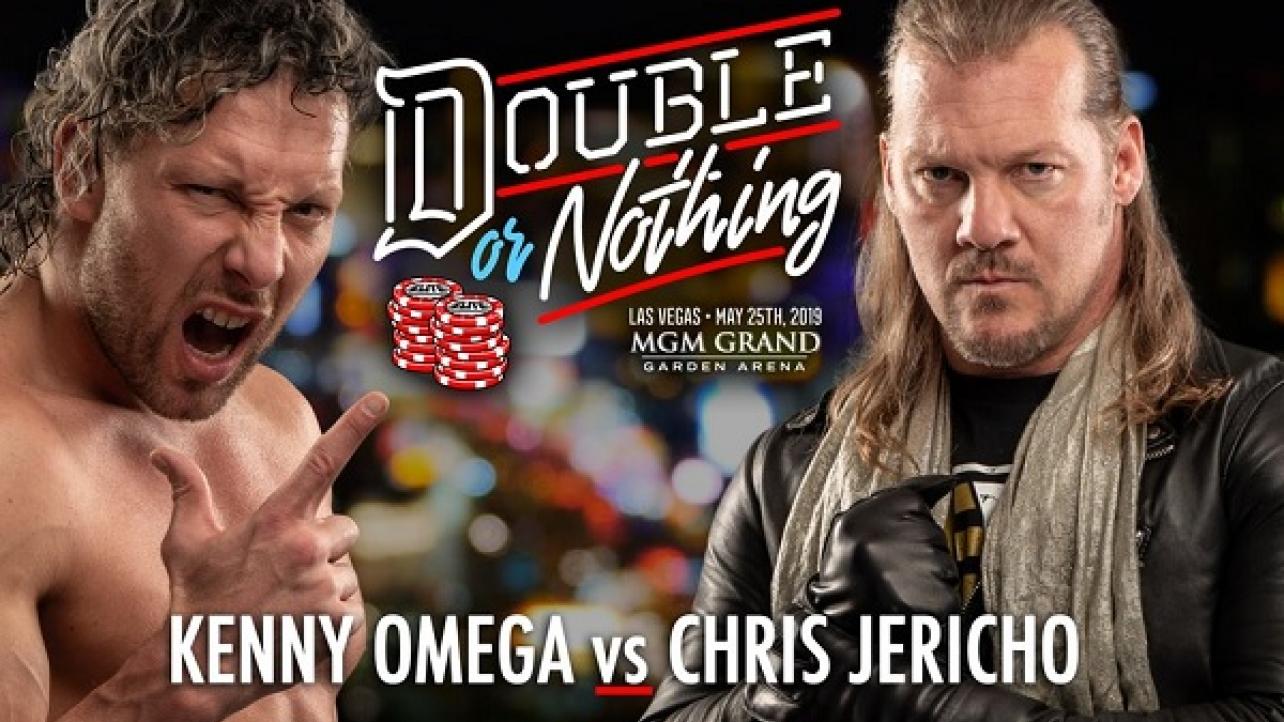 AEW Announces Kenny Omega vs. Chris Jericho For “Double Or Nothing” On 5/25

The latest episode of the Being The Elite YouTube series has touched down, and with it is a big announcement regarding the All Elite Wrestling (AEW) “Double Or Nothing” pay-per-view.

After their pull-apart angle at the “Double Or Nothing Ticket Announcement Party” in Las Vegas, Nevada last week, AEW has officially confirmed Kenny Omega vs. Chris Jericho for the PPV.

Additionally, AEW has released the seating chart for their Double Or Nothing PPV at the MGM Grand in Las Vegas. Tickets for the show range from $211.10 to $36.70.

Check out the official AEW announcement regarding Omega vs. Jericho, the seating chart for Double Or Nothing and the latest episode of the Being The Elite YouTube series below.

AEW Announces Kenny Omega vs. Chris Jericho For “Double Or Nothing” On 5/25