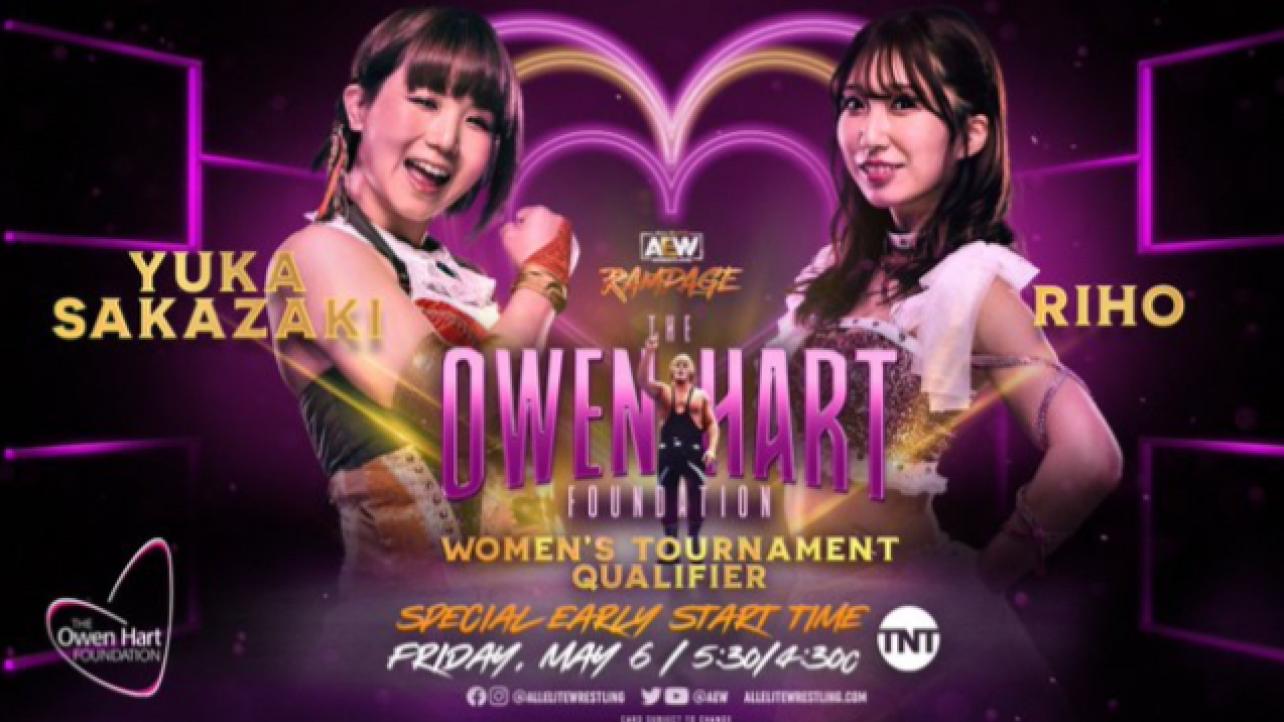 AEW President and CEO Tony Khan recently announced one more match that will be taking place on Friday night’s episode of AEW Rampage. It was previously announced that Hook will be in action, but there is no word yet who he will be facing and it was also announced that Toni Storm and Ruby Soho will battle Jamie Hayter and Dr. Britt Baker, D.M.D. in Women’s Division Tag Team action.

According to Tony Khan, the returning Yuka Sakazaki will face Riho in an Owen Hart Foundation Women’s Tournament Qualifying Match. AEW Rampage on TNT is set to take place this Friday at a earlier special start time of 5:30PM ET.

You can check out Tony Khan’s announcement below: