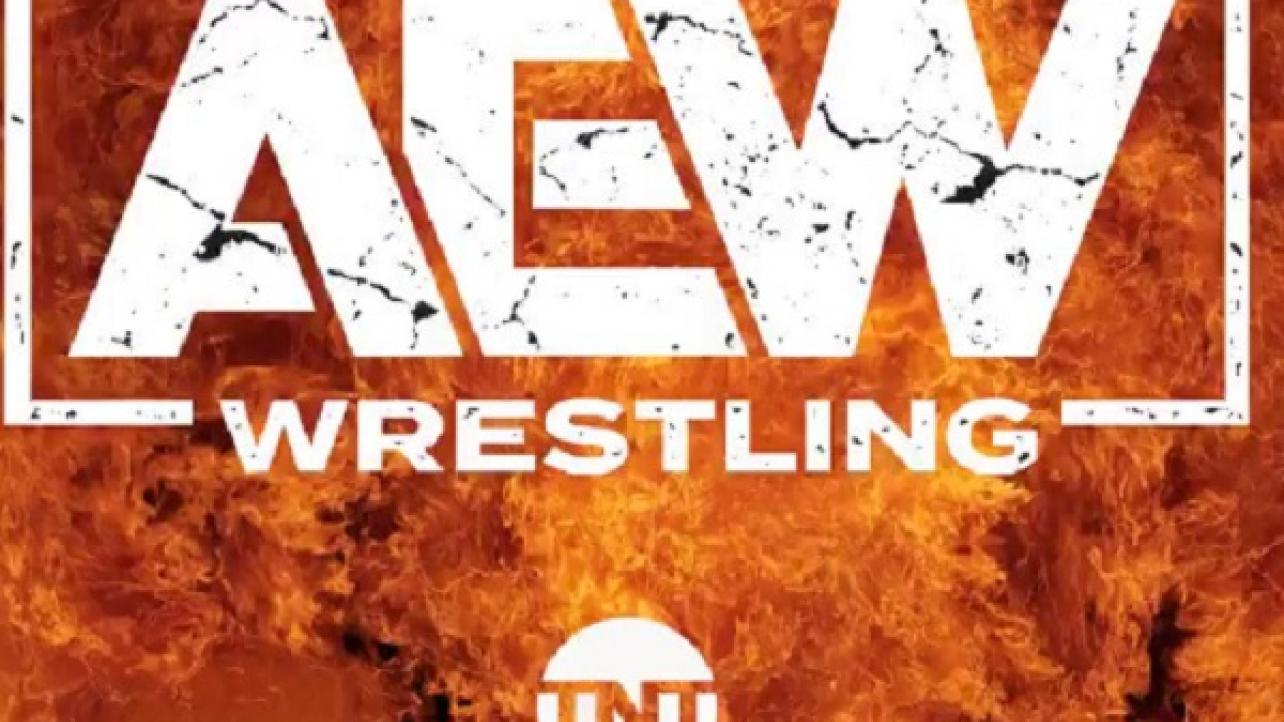 AEW and WarnerMedia issued the following press release this morning, confirming that TNT will be airing a weekly live AEW wrestling show beginning later this year.

May 15, 2019 – WarnerMedia announced today that it is partnering with All Elite Wrestling (AEW), the new professional wrestling promotion featuring a world-class roster of diverse male and female wrestlers, giving fans a new wrestling experience for the first time in 20 years. WarnerMedia and AEW together will build this powerhouse sporting league from the ground up and will begin airing weekly matches later this year. With this league, AEW is introducing a new generation of wrestlers to fans, offering fun, gripping and authentic athletic matches that will make wrestling more accessible to a broad audience. WarnerMedia will utilize its position as a next-generation global media company to build this league into a global pro-wrestling franchise.

Founded by President and CEO Tony Khan, AEW is headlined by members of The Elite, which includes all-star wrestlers The Young Bucks (Matt & Nick Jackson), Cody and Brandi Rhodes, Kenny Omega, and Hangman Page, and a roster that includes the legendary Chris Jericho. Omega, Cody and The Young Bucks also serve as executive vice presidents of the company in addition to in-ring talent, and Brandi Rhodes also serves as Chief Brand Officer.

“All Elite Wrestling is a talent-forward, fan-first league whose inclusive approach to creating high-quality athletic wrestling competitions is already making waves with fans and attracting top-tier wrestlers,” said Michael Quigley, executive vice president, commercial operations, content strategy and monetization, TBS and TNT. “It is high-adrenaline, gripping entertainment and we can’t wait to bring it to fans everywhere with this game-changing new business.”

“Wrestling fans have wanted – and needed – something different, authentic and better for far too long,” said Tony Khan, President and CEO of AEW. “AEW is answering the call. AEW is about more than wrestling. It’s about a movement fueled by wrestling fans who have been underserved and perhaps even disappointed by what the industry has produced in recent years. AEW is rising to the occasion with DOUBLE OR NOTHING and today taking it a step further by partnering with WarnerMedia, which is as committed as we are to making wrestling fans the one and only priority. With WarnerMedia, AEW is poised globally to redefine wrestling as we know it today.”

Focused on producing fast-paced, high-impact competitions, AEW offers fans less scripted, soapy drama, and more athleticism and real sports analytics, bringing a legitimacy to wrestling that it has not previously had. Wrestlers will also be given more freedom to explore their characters and highlight their athletic abilities. Introducing statistics to wrestling for the first time ever, AEW will raise the stakes for its matches and deepen fan engagement by tracking each competitor’s wins and losses as the wrestlers pursue championships, analyzing their moves, assessing damage to their opponents, and providing insights into their winning streaks.

B/R Live will serve as the exclusive digital streaming partner in the United States for AEW’s inaugural event, DOUBLE OR NOTHING, on Saturday, May 25, at the MGM Grand Garden Arena in Las Vegas. DOUBLE OR NOTHING, which sold out in under 30 minutes, features an exhilarating card including the headline clash between Kenny Omega and Chris Jericho; Cody taking on his brother Dustin Rhodes; The Young Bucks battling the Lucha Bros for the AAA World Tag Team Championship; Hangman Adam Page clashing with PAC; and Britt Baker, Nyla Rose and Kylie Rae competing in a three-way match.

Additionally, the hour-long live pre-show special THE BUY-IN will stream on WarnerMedia and AEW’s social channels. BUY-IN includes the first ever “Casino (Battle) Royale,” which will see 21 competitors including Jimmy Havoc, Billy Gunn, MJF and Jungle Boy entering the ring in waves of five wrestlers every three minutes followed by one final entrant, lucky number 21, all fighting it out in the ring until there is one winner, whose reward will be a future title shot against the first ever AEW World Champion.

The media rights deal was negotiated by Khan and Bernie Cahill, co-founder of Activist Artists Management, LLC, an entity in which Khan is also an investor and partner.

About WarnerMedia
WarnerMedia is a leading media and entertainment company that creates and distributes premium and popular content from a diverse array of talented storytellers and journalists to global audiences through its consumer brands including: HBO, Warner Bros., TNT, TBS, CNN, DC Entertainment, New Line, Cartoon Network, Adult Swim, Turner Classic Movies, truTV and others. WarnerMedia is part of AT&T Inc. (NYSE:T).

All Elite Wrestling AEW is a new professional wrestling promotion headlined by members of The Elite (The Young Bucks, Kenny Omega, Cody and Brandi Rhodes, and Hangman Page) and Chris Jericho. For the first time in many years, AEW is offering an alternative to mainstream wrestling, with a growing roster of world-class male and female wrestlers who are poised to bring new spirit, freshness and energy to the industry. The inaugural event under the AEW banner is DOUBLE OR NOTHING on May 25 at the MGM Grand Garden Arena in Las Vegas, followed by FYTER FEST on June 29 in Daytona Beach, followed by FIGHT FOR THE FALLEN on July 13 in Jacksonville. For more info, check out @AEWrestling (Twitter), @AllEliteWrestling (Instagram), /AllEliteWrestling (FB), AllEliteWrestling (YouTube), and additionally, AllEliteWrestling.com.