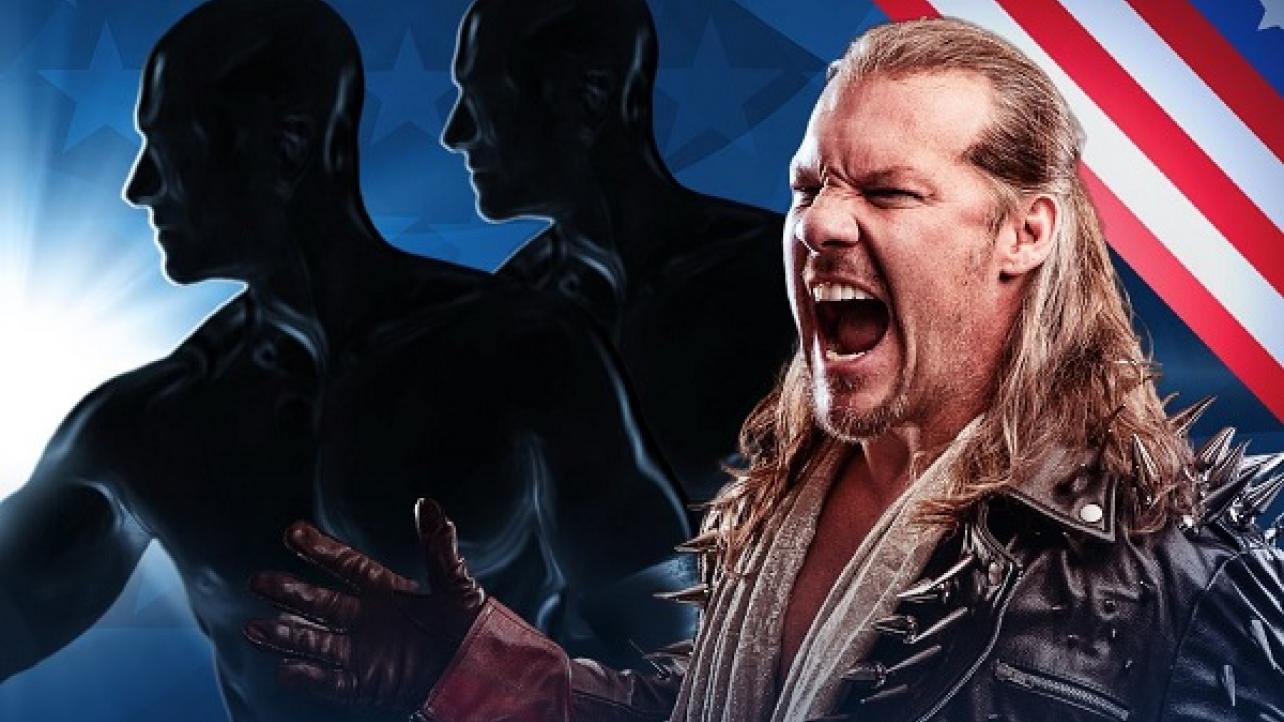 As noted, AEW announced a big 6-Man Tag-Team Match with Kenny Omega & The Young Bucks vs. Chris Jericho and 2 mystery partners for the premiere episode of AEW On TNT.

With the debut of their new, weekly two-hour live TV show on TNT fast-approaching, on Sunday, AEW continued to build-up the pair of mystery tag-team partners that the AEW World Heavyweight Champion will be bringing with him.

Could the AEW’s version of the New World Order be in store for the promotion’s television premiere on Wednesday, October 2nd from the Capital One Arena in Washington, D.C.?

“Now THIS is how you make a national television debut…..[Matt Jackson], [Nick Jackson] & [Kenny Omega] vs. [Chris Jericho] & 2 MYSTERY PARTNERS,” wrote Jericho via his official Instagram page when the announcement was originally made over a month ago. “And trust me…you’re not gonna believe who I’m planning on bringing in!”

To continue the hype as we get closer to the 10/2 date for the inaugural AEW On TNT episode, AEW released two tweets continuing the tease regarding Jericho’s mystery partners.

“Will [The Elite] have their hands raised again as they go up against [Chris Jericho] and his 2 mystery partners come October 2nd in Washington D.C. for AEW On TNT?” read the first tweet.

The second tweet was essentially the same thing. That one read, “Who will be the 2 mystery partners by the side of [Chris Jericho] come October 2nd in Washington D.C. for AEW On TNT?”

Check out the pair of tweets from the official AEW Twitter page hyping up the two mystery partners Chris Jericho will be bringing with him to the Six-Man Tag-Team Match against Kenny Omega and The Young Bucks for the AEW On TNT debut episode On 10/2 from the Capital One Arena in Washington, D.C. below.

Make sure to join us here at Rajah.com on 10/2 for LIVE AEW On TNT results coverage!

Will #TheElite have their hands raised again as they go up against #ChrisJericho (@IAmJericho) and his 2 mystery partners come October 2nd in Washington DC for @AEWonTNT? #AEW #AllEliteWrestling #AEWrestling pic.twitter.com/dhYuburxHd