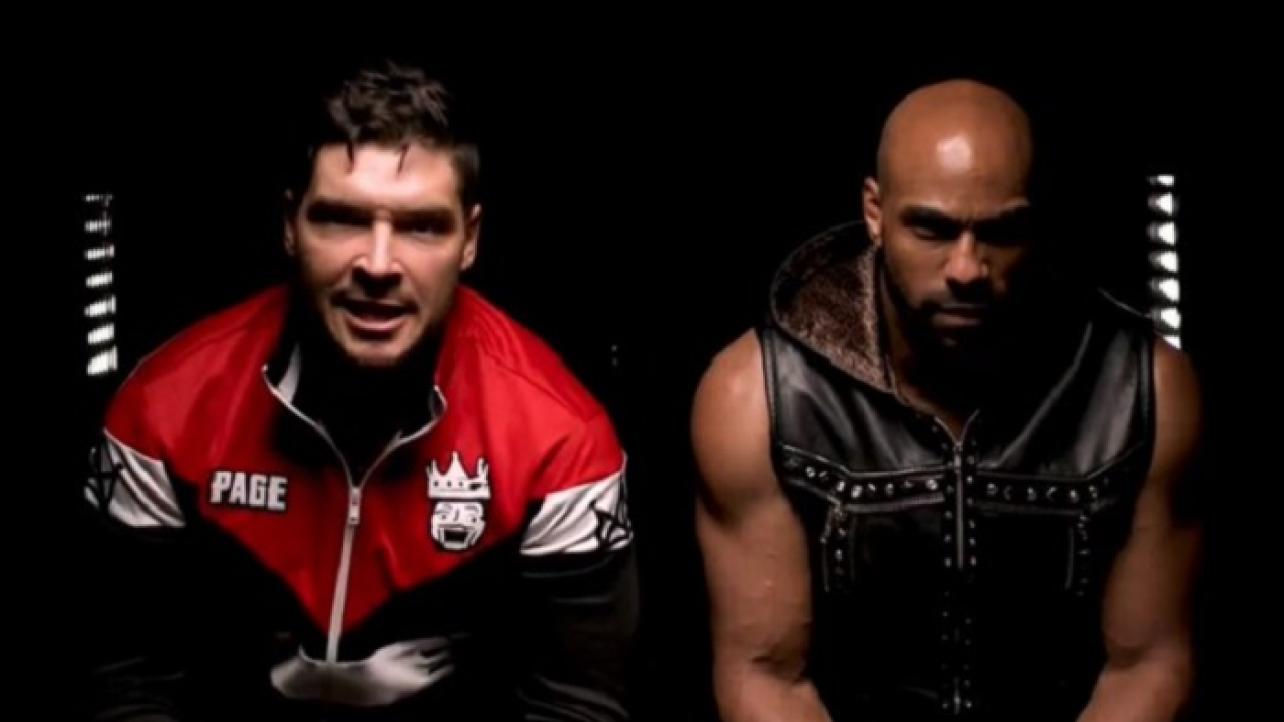 All Elite Wrestling has a new tag-team that is going to be one to keep an eye on if you’re an active competitor in the current AEW tag-team scene.

On this week’s episode of AEW Dynamite on TNT, the new tag-team of Scorpio Sky and Ethan Page was announced in a special vignette that aired during the show.

During the vignette, Sky and Page also announced that they will be starting their new philosophy of taking what they want beginning with their first match as a team next Monday night.

Later in the show, it was announced by the Dynamite commentary team that the duo of Scorpio Sky & Ethan Page will be taking on the team of Matt & Mike Sydal in a featured match on next week’s edition of AEW Dark: Elevation.

Check out the aforementioned Scorpio Sky and Ethan Page segment from the Wednesday, March 31, 2021 edition of AEW Dynamite on TNT via the video embedded below courtesy of the official AEW Twitter feed.

For our complete recap of the 3/31 episode of AEW Dynamite here at eWrestling.com, click here.

“We’re not waiting, we’re not asking, we’ll take anything and everything we want & it starts on Monday” – @OfficialEgo & @ScorpioSky.
Watch #AEWDynamite NOW on @TNTDrama. pic.twitter.com/6zNd5b6fpP