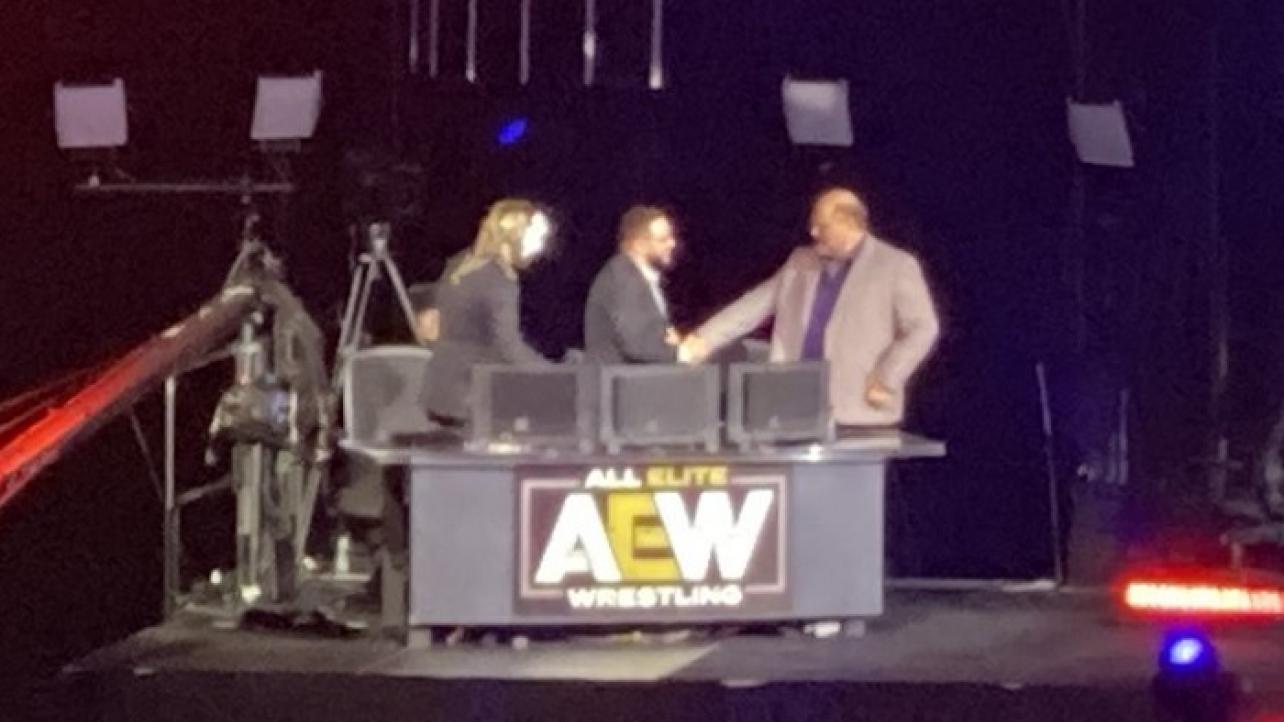 Next week’s AEW Dark show, which airs Tuesday evening on the official AEW YouTube channel, will feature WWE Hall Of Famer and one of the founding members of the legendary Four Horsemen, “The Enforcer” Arn Anderson, as one of the guest commentators.

In one of the matches for next week’s AEW Dark show, Hikaru Shida defeated Big Swole in AEW women’s action.

UPDATE: The following matches were taped after AEW Dynamite. These will also air as part of next Tuesday night’s edition of AEW Dark on the official AEW YouTube channel and other various social media outlets.

Check out spoiler photos from the AEW Dark television tapings during the AEW Dynamite TV shoot in Charlotte, North Carolina below.