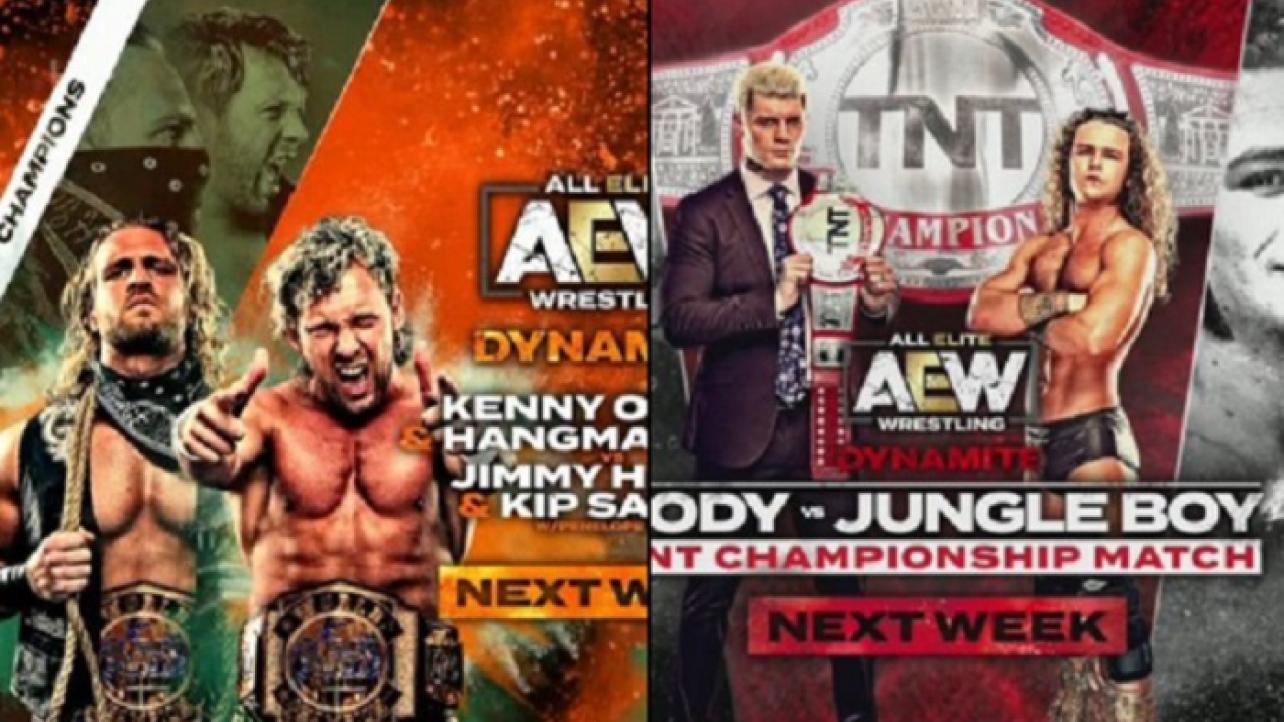 Next week’s edition of AEW Dynamite is already shaping up to be a big one.

Announced for next week’s AEW on TNT program is two championship bouts, as well as the in-ring return of “Le Champion.”

The announcers announced TNT Championship action with Cody defending against No. 1 Contender Battle Royal winner Jungle Boy, and the winners of a number one contender match earlier in this week’s show — Jimmy Havoc and Kip Sabian — will move on to challenge reigning AEW Tag-Team Champions “Hangman” Adam Page and Kenny Omega of The Elite on next week’s show.

Chris Jericho was also confirmed for singles action, however his opponent was not named.

Join us here next Wednesday night for LIVE AEW Dynamite results coverage here on the site.