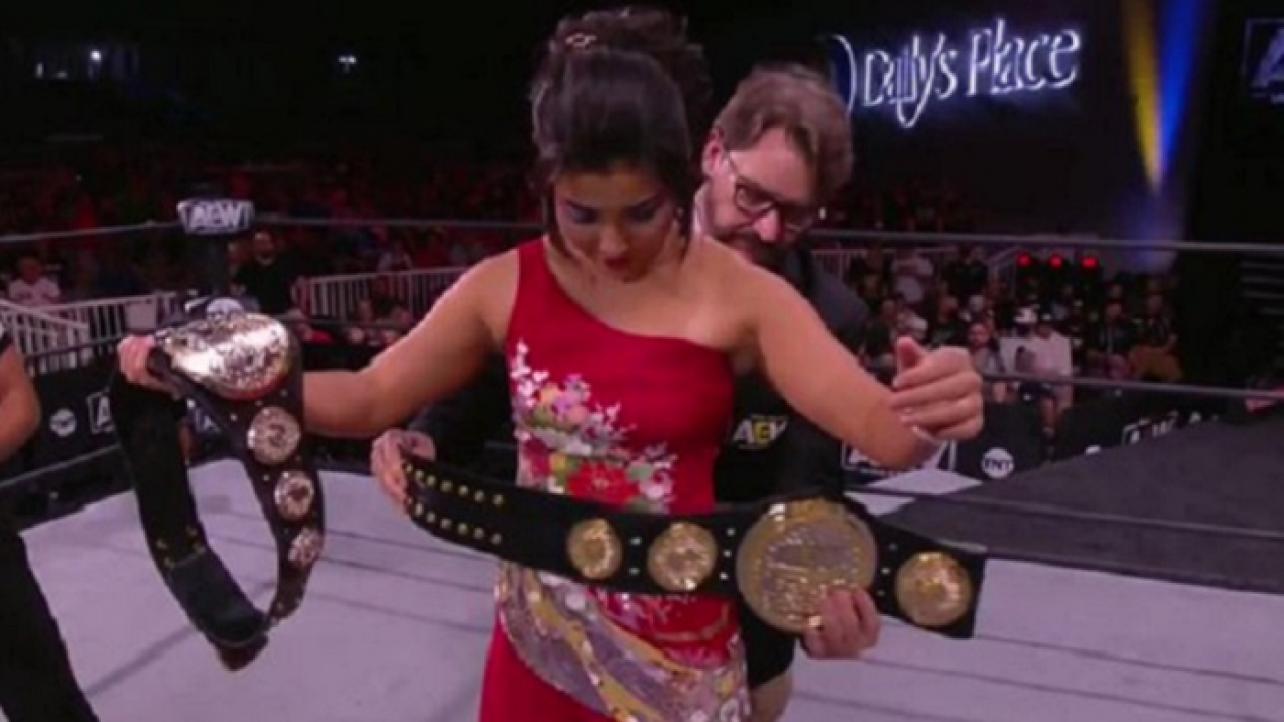 Some controversy has come out of the broadcast team for the special AEW Friday Night Dynamite show on TNT this week.

Willie Urbina, a member of the AEW Spanish commentary team, was caught on a live microphone mocking AEW Women’s Champion Hikaru Shida in what has been taken as racist fashion.

During a commercial break while, Urbina was asked by fellow commentary team members Alex Abrahantes, Dasha Kuret and Thunder Rosa to translate the promo from Shida during her AEW Women’s Championship One-Year Anniversary Celebration segment.

Instead of doing that, Urbina would go on to do a stereotypical Asian dialect that has drawn significant backlash from a large community of fans on the world-wide web.

Audio of the controversial moment referenced above during the broadcast for AEW Friday Night Dynamite has surfaced online via various social media outlets, which you can check out below.