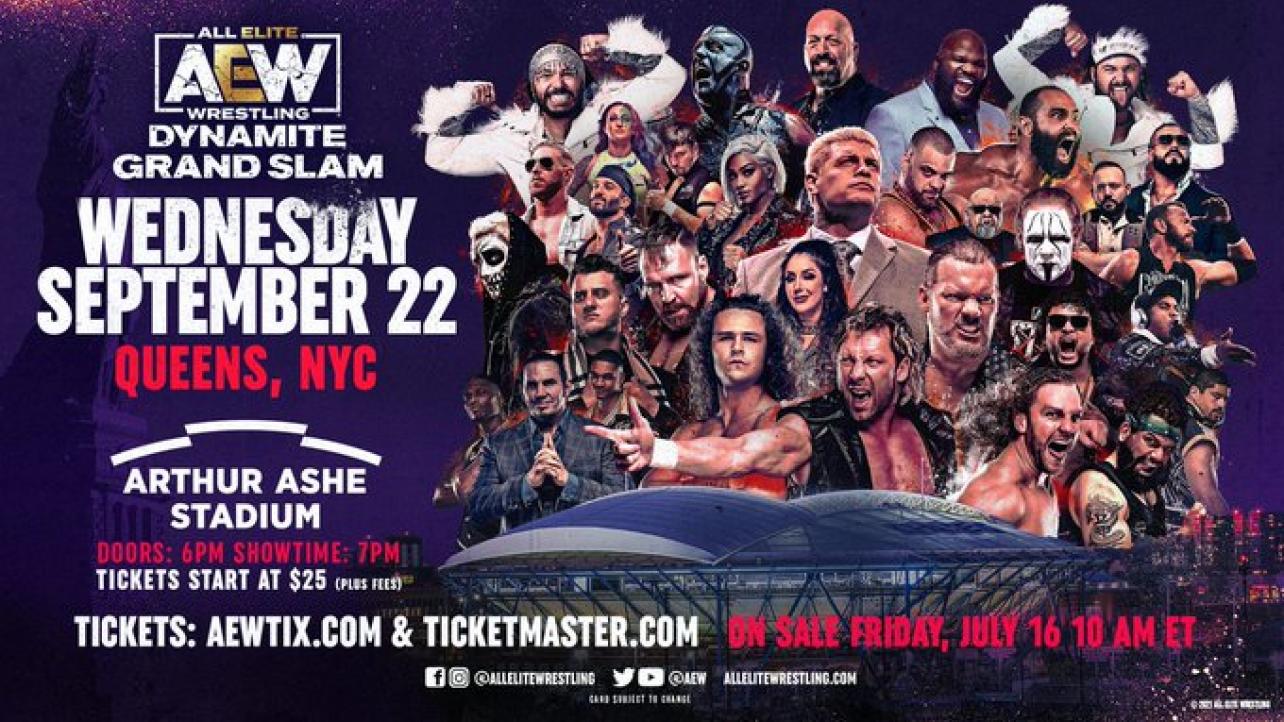 Tickets are now on sale as of today, Friday, July 16, 2021, for the upcoming All Elite Wrestling television taping in New York.

The company posted the following promotional tweet via their official Twitter feed to promote the start of tickets for the 9/22 show in NYC.

Make sure to join us here at eWrestling.com on 9/22 for live AEW Dynamite: Grand Slam results coverage from Queens, NY!

Tickets Go on Sale TODAY at 10am Eastern – https://t.co/UN1cNj1kQq pic.twitter.com/V5XgeQ1qxQ