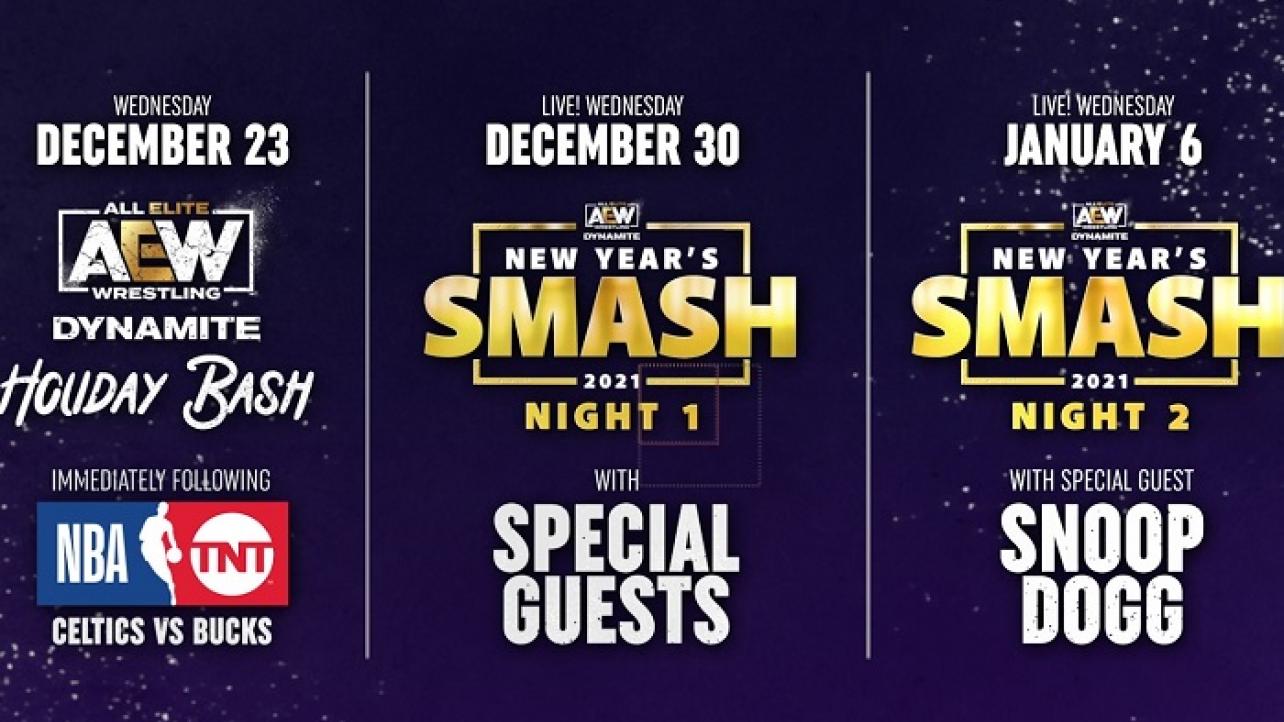 Three special themed installments of the weekly All Elite Wrestling on TNT television program have been announced as the final two shows of 2020 and the first of 2021.

During this week’s episode of AEW Dynamite on TNT on Wednesday, December 9, 2020, the company announced four matches for next week’s edition of AEW Dynamite on December 16, 2020, as well as details regarding the next three shows — all of which have special themes to them.

The following week will kick off a two-week special event dubbed, “AEW Dynamite: New Year’s Smash,” with night one scheduled for Wednesday, December 30, 2020, and night two on Wednesday, January 6, 2021.

It was noted that the night one “New Year’s Smash” special on 12/30 will include some special guests, while night two on 1/6 will kick off the New Year of 2021 in style with a live performance by hip-hop legend Snoop Dogg, as well as some additional surprise guests.

“Here’s our AEW Dynamite schedule below,” read the announcement released via the official AEW Twitter feed. “Be sure to check your local listing for accurate times or be sure to follow AEW on our official channels.”

Check out the official announcement regarding the next three special themed episodes of AEW Dynamite on TNT via the tweet embedded below courtesy of the official AEW Twitter feed.

Make sure to join us here at eWrestling.com on 12/23, 12/30 and 1/6 for live AEW Dynamite results coverage of the “Holiday Bash” and two-night “New Year’s Smash” special events.

Here’s our #AEWDynamite schedule below! Be sure to check your local listing for accurate times or be sure to follow #AEW on our official channels.