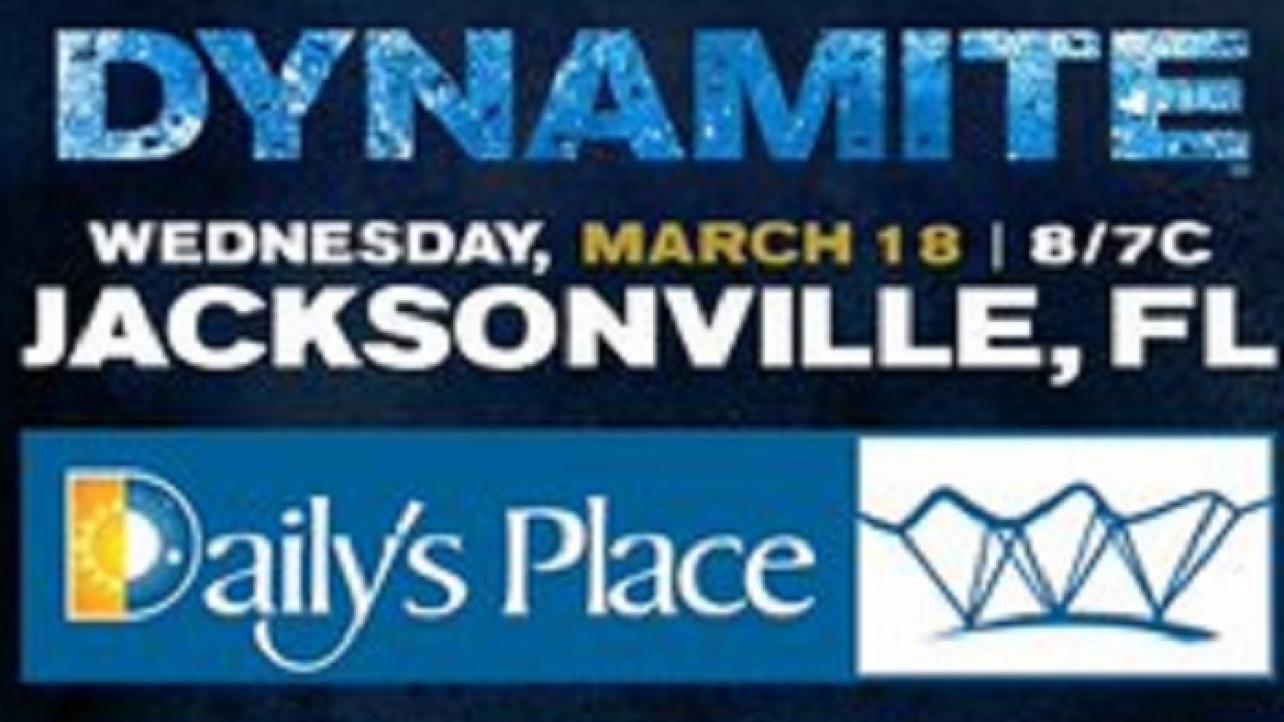 As noted, All Elite Wrestling has confirmed that they are moving next week’s episode of AEW Dynamite that was originally scheduled to take place from the Blue Cross Arena in Rochester, New York to Daily’s Place in Jacksonville, Florida.

AEW released a statement earlier today, confirming that next week’s Dynamite scheduled for Rochester, NY won’t be going on as planned due to measures taken out by the state of New York to control the Coronavirus (COVID-19) Outbreak.

As we exclusively reported here at eWrestling prior to the official announcement from AEW regarding the cancellation and rescheduling of next week’s AEW Dynamite, the show itself will still go on and will emanate from Jacksonville, FL., while the company will push back their “Empire State Debut” show at Blue Cross Arena in Rochester, N.Y. event to July 8.

Check out the official announcements released by AEW below regarding next week’s Dynamite moving from Rochester to Jacksonville and the rescheduling of the AEW Dynamite New York State debut show.

As a precautionary measure against COVID-19, we are relocating next week’s AEW DYNAMITE show on March 18 from Rochester, NY, to Jacksonville, FL. pic.twitter.com/4OGpiRW1oU

This show will be televised live on TNT from Daily’s Place, and be managed under a restricted attendance policy. The DYNAMITE show in Rochester will be rescheduled for Wednesday, July 8, at Blue Cross Arena.