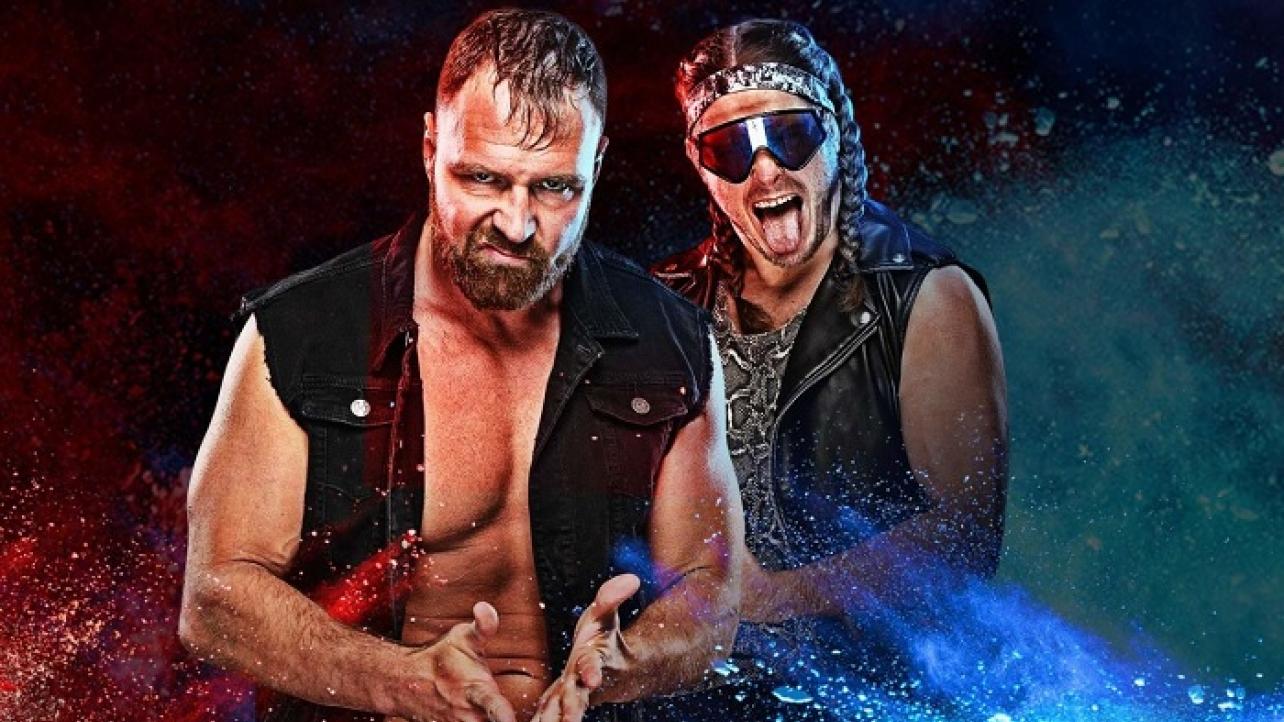 All Elite Wrestling returns with the latest episode of their weekly television series, AEW Dynamite, as AEW runs the State Farm Center in Champaign, Illinois tonight.

On tap for tonight’s AEW Dynamite show in Champaign are the following matches:

Also, while it has yet to be officially announced, there is a AEW Dynamite *SPOILER* for tonight in Champaign, Ill. making the rounds regarding another potential singles match between two top AEW stars.

For those who missed the original report, click here for all of the details, but be forewarned about the potential *SPOILER* in the article.

Additionally, with Janela answering Moxley’s “Call To Arms” open challenge for tonight’s show, AEW has decided to release their past AEW showdown at the AEW Fyter Fest 2019 special back in June in its’ entirety for free via their official YouTube channel.

Check out the complete Janela-Moxley match from AEW Fyter Fest 2019 via the video embedded below.

Make sure to join us here at eWrestling.com TONIGHT for LIVE AEW Dynamite Results coverage from Champaign!

If you’re in Champaign get your seats now at https://t.co/UN1cNj1kQq pic.twitter.com/pZWZE65ErO

After his loss at Full Gear, his former best friend MJF backstabbing him, & being attacked last week by Butcher & the Blade.

Both athletes are coming off wins, and both want to keep that momentum going in #AEWChampaign TONIGHT!
It’s @trentylocks vs. @ReyFenixMx on #AEW Dynamite!

.@callmekrisstat is back and is going up against @shidahikaru, who is ranked number one in the Women’s Division!
Can Statlander win the top spot? Or can Shida get the victory?

.@shidahikaru will be in singles action tonight as she faces Kris Statlander TONIGHT on #AEW Dynamite LIVE from Champaign, IL!

Who is taking the win between these athletes?
Watch #AEWDynamite live TONIGHT & every Wednesday night on @TNTDrama 8e/7c #AEWonTNT @AEWonTNT pic.twitter.com/aD8BPOkyKW

.@AEWrestling is sweeping the nation with a growing roster of world-class male and female wrestlers who are poised to bring new spirit, freshness and energy to the industry. Grab tickets to their event at the @StateFarmCenter tomorrow! https://t.co/MFw2mUm8Mc #VisitChampaign pic.twitter.com/XuICZ3ELeu