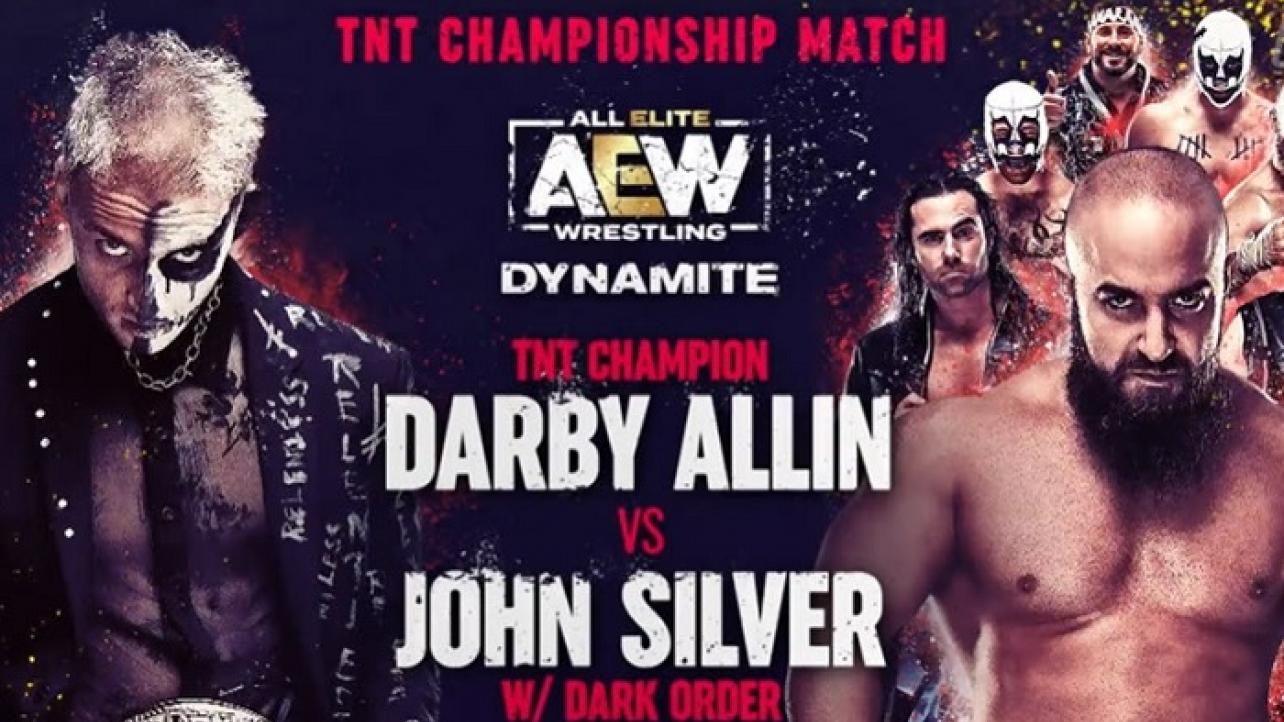 Four matches are official for next week’s edition of AEW Dynamite on TNT.

On tap for the Wednesday, March 24, 2021 edition of the weekly AEW on TNT program is Darby Allin’s first TNT Championship “Open Challenge,” as he puts his title on-the-line against John Silver of The Dark Order, Kenny Omega battles Matt Sydal in a title eliminator bout, Nyla Rose squares off against Tay Conti, plus FTR and Shawn Spears from The Pinnacle take on Varsity Blondes and Dante Martin of Top Flight in six-man tag-team action.

Make sure to join us here at eWrestling.com on 3/24 for live AEW Dynamite results coverage from Jacksonville, FL.

Next week on DYNAMITE!

Watch #AEWDynamite every week with https://t.co/zvOOm4JoWK in select Intl markets on #FITE pic.twitter.com/oIHXOTUmgd