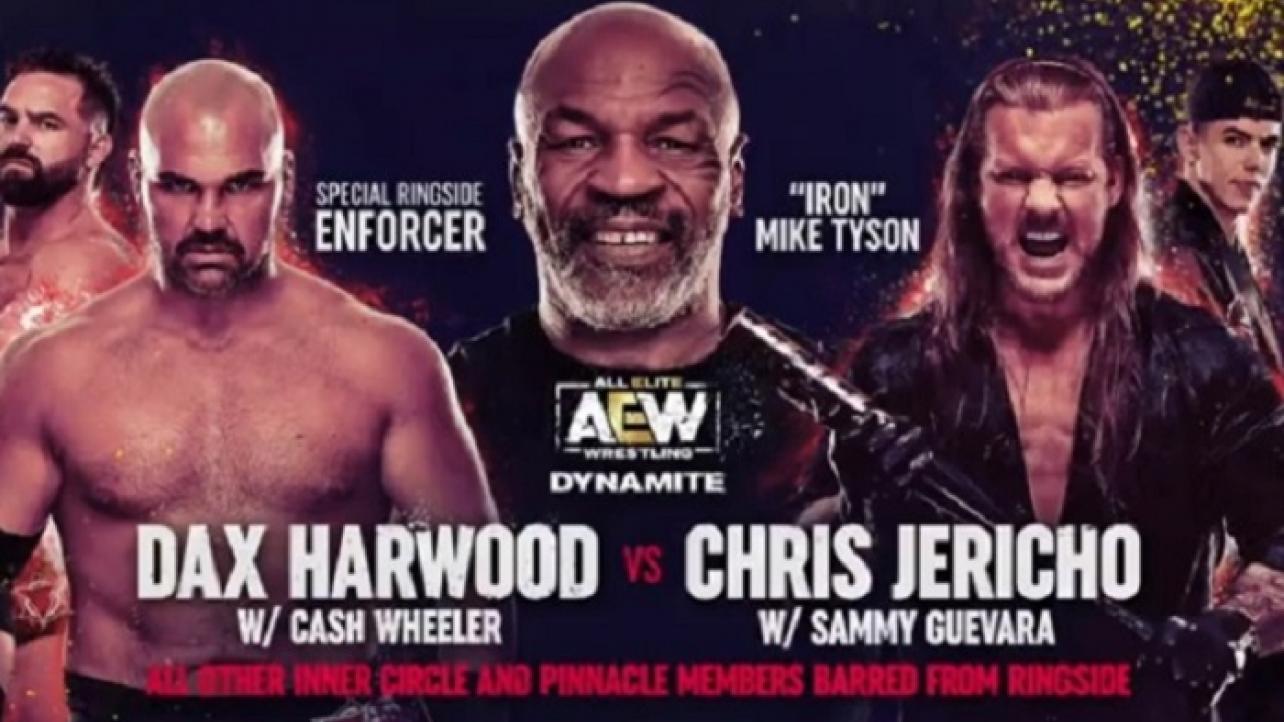 Next week’s edition of AEW Dynamite is already shaping up to be another jam-packed show.

During this week’s installment of the weekly AEW on TNT television program, several big matches were officially announced for next week’s episode.

It was announced that Chris Jericho (with Sammy Guevara) will go one-on-one against Dax Harwood (with Cash Wheeler) in a singles match that will see boxing legend “Iron” Mike Tyson serve as the special enforcer.

Additionally, next week’s All Elite Wrestling show will include Darby Allin vs. “Big Money” Matt Hardy for the TNT Championship, The Young Bucks vs. “The Bastard” PAC & Rey Fenix for the AEW Tag-Team Championships, Jade Cargill vs. Red Velvet, as well as the in-ring debut of Anthony Ogogo (with QT Marshall).

Featured below is a look at the advertised lineup for the Wednesday, April 14, 2021 episode of AEW Dynamite on TNT from Daily’s Place amphitheater in Jacksonville, Florida:

Make sure to join us here at eWrestling.com next Wednesday night for live AEW Dynamite results coverage from Jacksonville, FL.