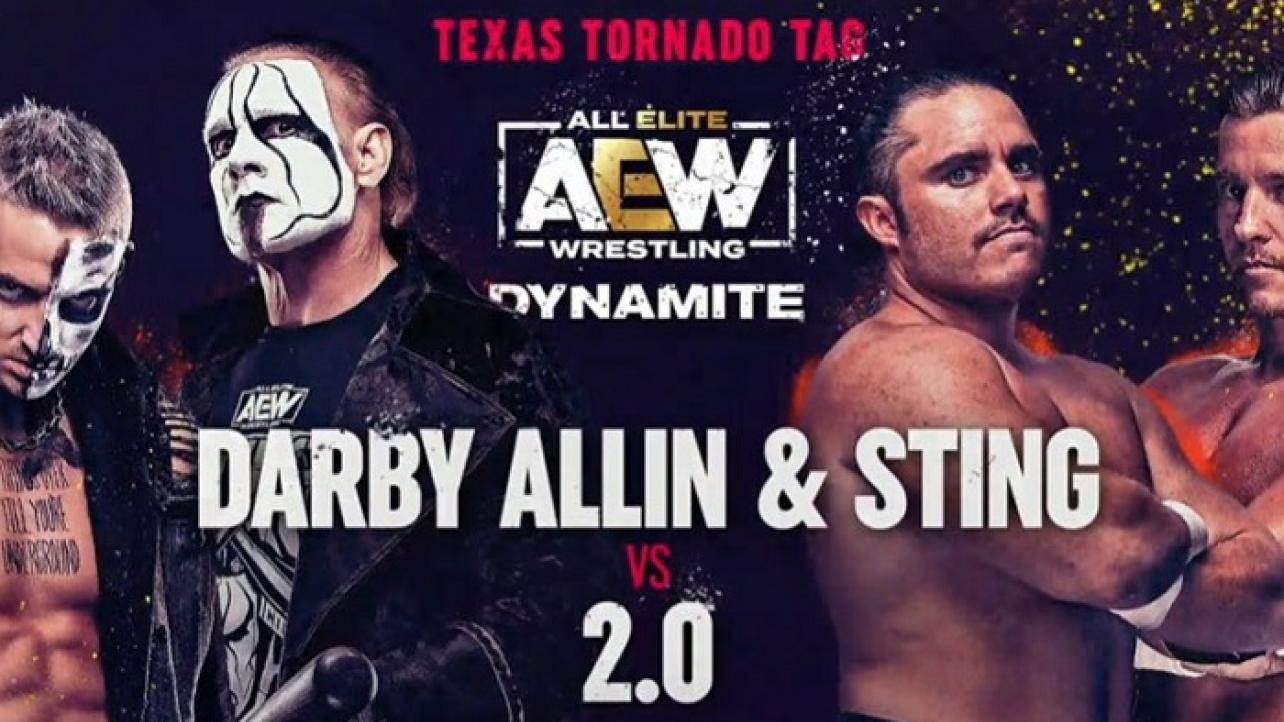 Another stacked lineup is shaping up for next week’s edition of AEW Dynamite on TNT.

As noted in a previous post, The Young Bucks vs. Jurassic Express for the AEW Tag-Team Championships have been announced for next week’s AEW Dynamite show.

Also scheduled for the show next week is a Texas Tornado Tag pitting the team of Darby Allin and Sting against the duo of 2.0, as well as Shawn Spears going one-on-one against Sammy Guevara, as well as a major announcement.

Make sure to join us here on 8/18 for live AEW Dynamite results coverage.

Next WEEK ON DYNAMITE!