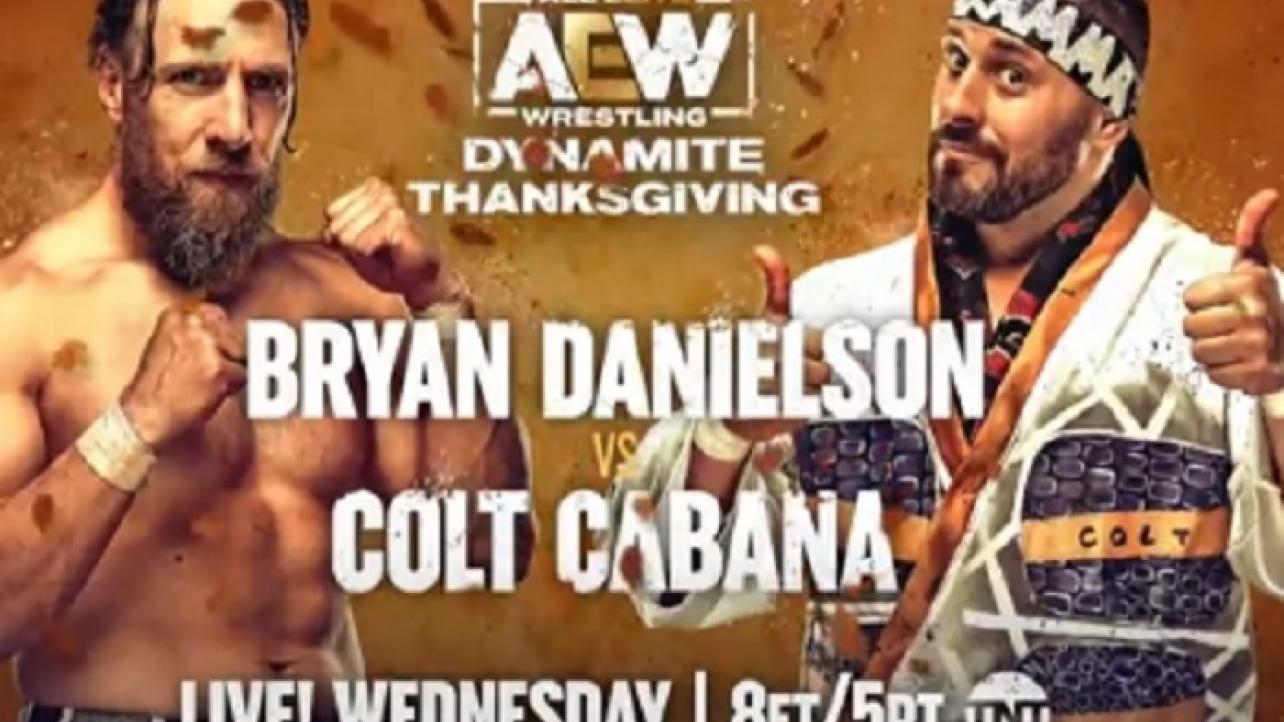 Multiple big matches have been announced for next week’s edition of AEW Dynamite on TNT.

Ahead of the show next Wednesday night at the Wintrust Arena in Chicago, Illinois, All Elite Wrestling has announced three bouts for the program.

On tap for AEW Dynamite on November 24 is Bryan Danielson vs. Colt Cabana, Thunder Rosa vs. Jamie Hayter in the quarterfinals of the TBS Women’s Championship Tournament, Cody Rhodes & PAC & The Lucha Bros vs. Malakai Black & Andrade El Idolo & FTR.

The matches were officially announced during the post-Full Gear 2021 edition of Dynamite this past Wednesday night. Check out the announcement courtesy of AEW’s official Twitter feed via the tweet embedded below.

#AEWRampage this Friday at 10/9c on TNT!#AEWDynamite LIVE NATIONWIDE next Wednesday in Chicago
⬇️ pic.twitter.com/rW7DGiW459