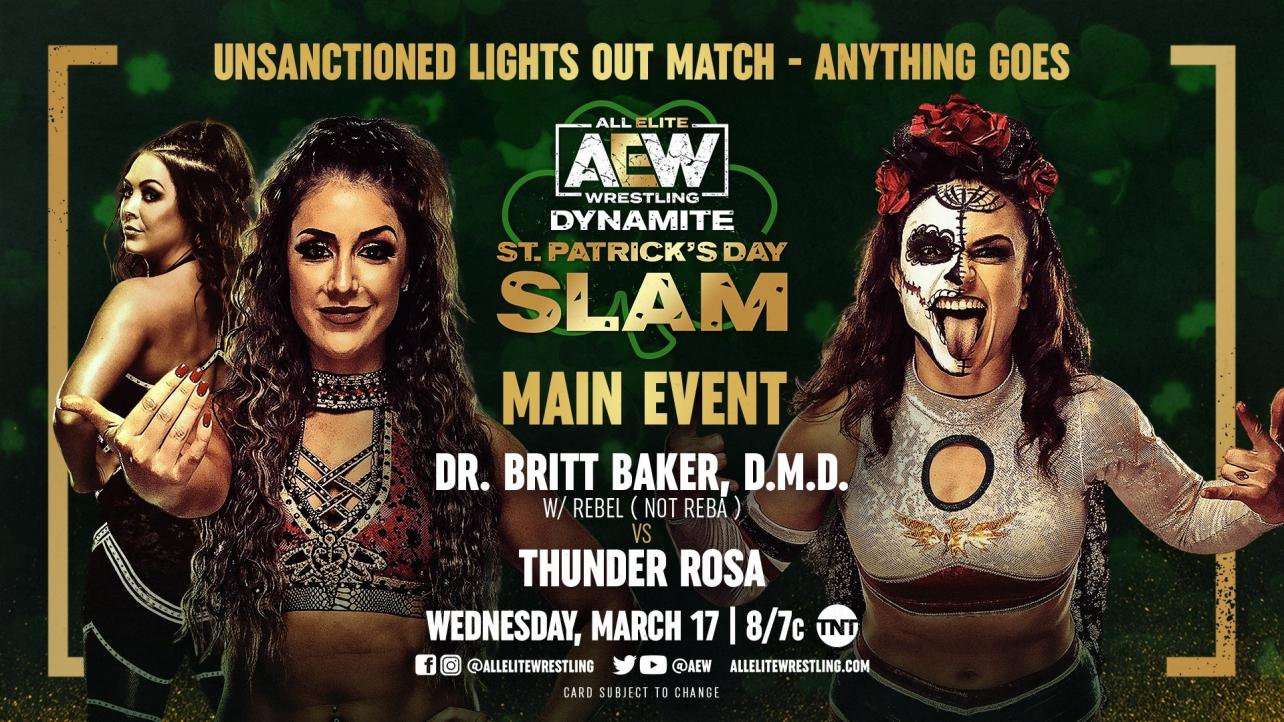 It’s Wednesday, and you know what that means …

All Elite Wrestling returns this evening with their latest installment of their weekly AEW on TNT program, which this week features the special “St. Patrick’s Day Slam” holiday-theme.

As noted, this week’s AEW Dynamite: St. Patrick’s Day Slam show will feature the first-ever women’s main event, as Thunder Rosa vs. Dr. Britt Baker are advertised to headline the show with their “Unsanctioned Lights Out Match.” The opening match for the show will feature “The American Nightmare” Cody Rhodes going one-on-one against Death Triangle member Penta El Zero Miedo (a.k.a. Pentagon JR. of The Lucha Bros).

Also on tap for AEW Dynamite on TNT tonight is tag-team action with Jon Moxley & Eddie Kingston taking on IMPACT Wrestling Tag-Team Champions The Good Brothers, Rey Fenix takes on Angelico, Jurassic Express teams up with Bear County to take on the team of Matt Hardy, Private Party, The Butcher & The Blade, Jade Cargill will be in action, Tony Schiavone will interview Sting and TNT Champion Darby Allin, plus Christian Cage will make an appearance.

Featured below is the complete lineup for tonight, as well as the “Road To AEW Dynamite: St. Patrick’s Day Slam” countdown special for the show.