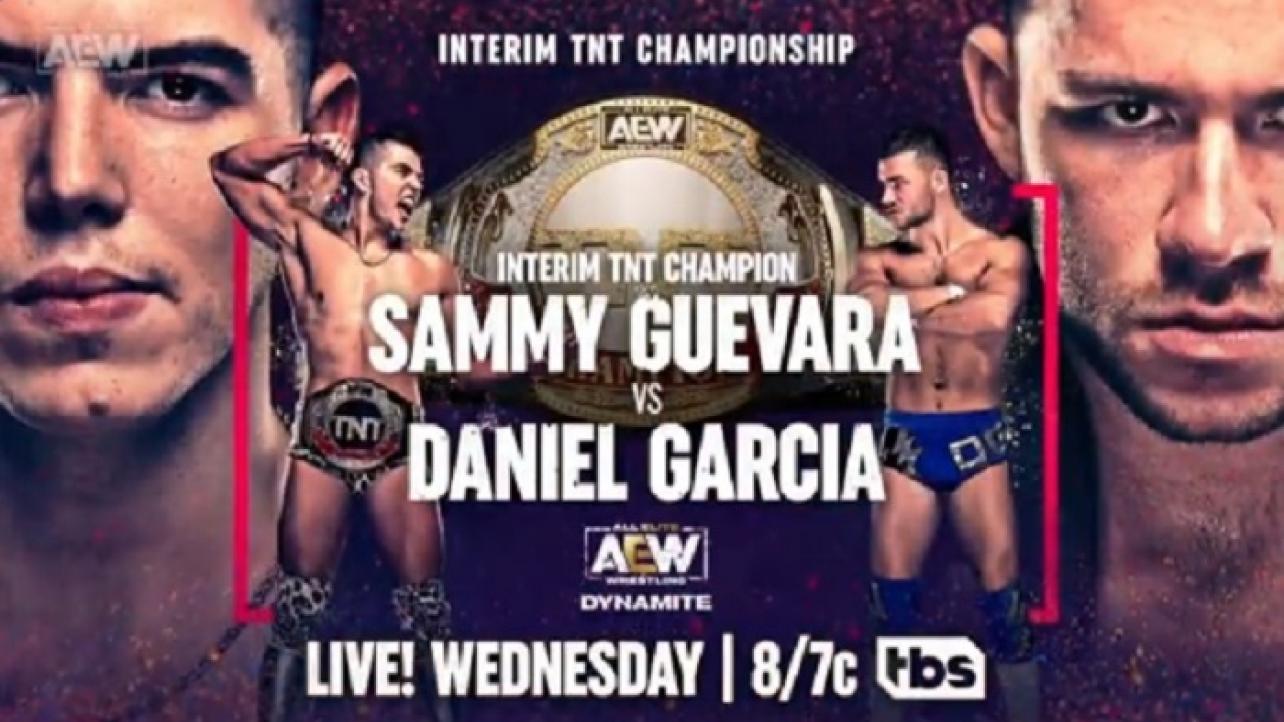 “The Spanish God” will make the first defense of his Interim TNT Championship on TBS.

As seen during the AEW Battle of the Belts 2022 special event on Saturday night, Sammy Guevara captured the Interim TNT Championship by defeating Dustin Rhodes in the opening match of the show.

The match was changed the night before the show when an announcement was made on Rampage regarding medical protocols keeping “The American Nightmare” from working the show as scheduled.

Immediately after winning the match, Daniel Garcia, who was shown throughout the bout seated in the front row of the Bojangles Coliseum in Charlotte, North Carolina, got in the ring and a pull-apart brawl between he and Guevara broke out until officials ran to the scene to break things up.

In a backstage segment later in the show, Guevara made it clear he intends to “break the face” of Garcia. He would then issue a challenge to defend his Interim TNT Championship against Garcia on next week’s sophomore edition of AEW Dynamite on TBS. The match was later confirmed on the broadcast and subsequently promoted on the official AEW social media channels.

With that now known, featured below is an updated look at the officially advertised lineup heading into next week’s show.

We have our FIRST Interim #AEW TNT Champion @sammyguevara

Daniel Garcia wastes no time getting the face of the new champion!

.@SammyGuevara not looking to wait! TNT Title fight this Wednesday on #AEWDynamite on @TBSNetwork #AEWBOTB pic.twitter.com/A3gZ0qE8MA

It’s be a WEEK for #AEW Titles! Just minutes after becoming #AEW’s first-ever Interim TNT Champion, @Sammyguevara puts the TNT Title on the line challenging @GarciaWrestling for NEXT WEEK on #AEWDynamite!