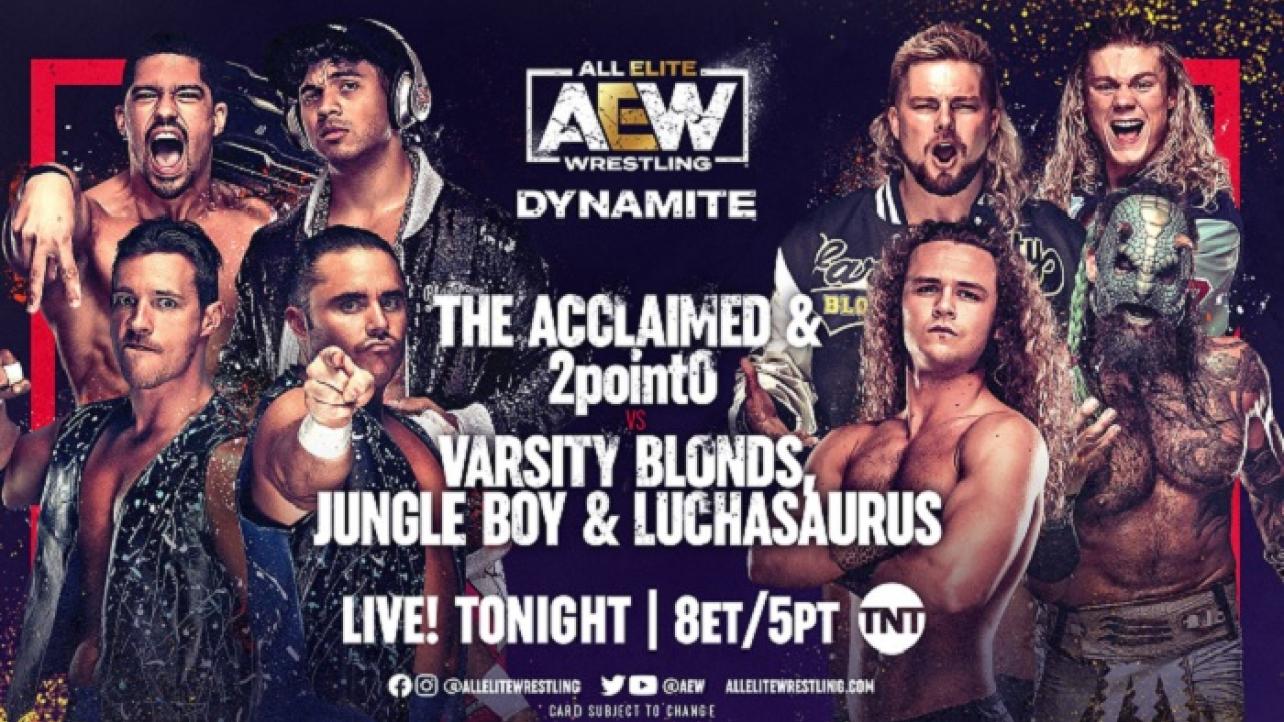 You can officially pencil in a new match for tonight’s AEW Dynamite show.

Ahead of the weekly two-hour television program, which kicks off at 8/7c this evening on TNT, the official Twitter page of AEW announced an additional bout for tonight’s lineup.

A big eight-man contest joins the card, as The Acclaimed & 2point0 will join forces to battle The Varsity Blondes & Jurassic Express.

With that now known, featured below is an updated look at the officially advertised lineup heading into tonight’s show, which will serve as the “go-home” episode for next week’s AEW Winter Is Coming 2021 special event.

Check out the official announcement embedded below courtesy of the official AEW Twitter feed, and make sure to join us here at eWrestling.com this evening for live AEW Dynamite results coverage.