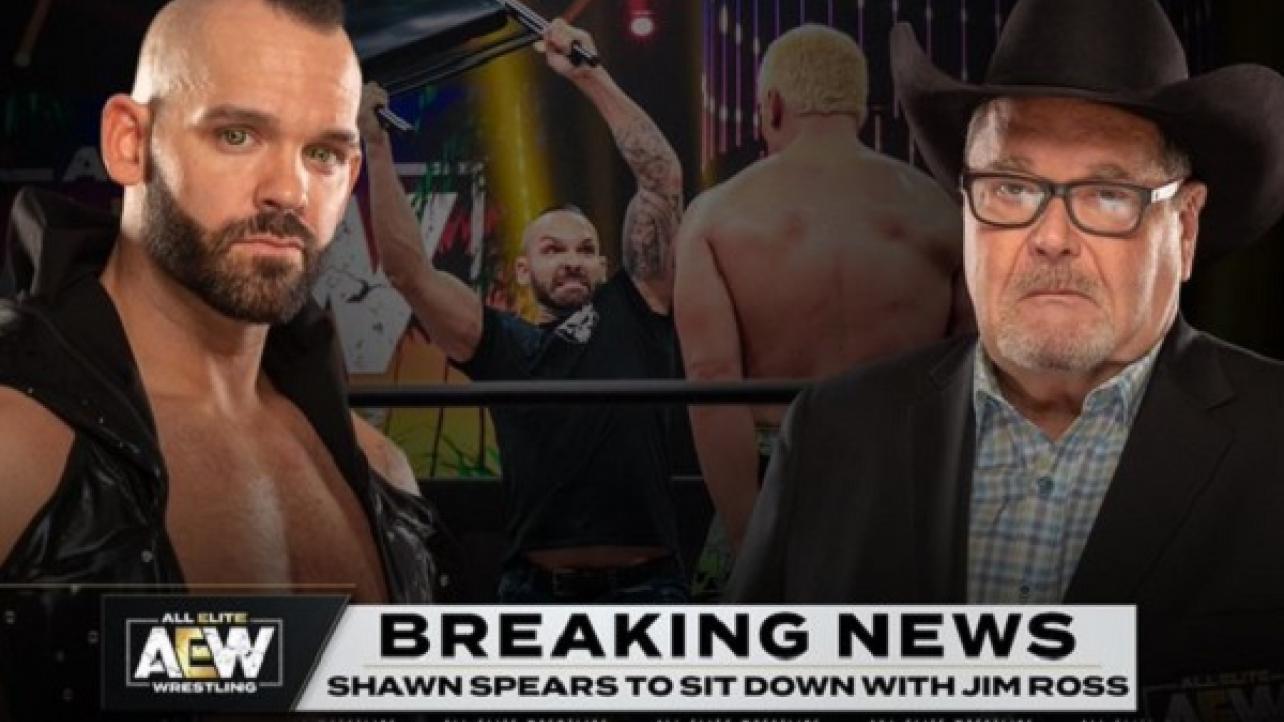 The first episode of The Road to AEW All Out is going to be a good one.

All Elite Wrestling (AEW) announced today that the first installment of their digital series leading up to the AEW All Out pay-per-view will feature WWE Hall Of Famer and AEW play-by-play announcer Jim Ross sitting down for a one-on-one interview with Shawn Spears.

The advertisement for the announcement notes that Spears will sit down with ‘Good Ole’ J.R.’ to “explain his actions at AEW Fyter Fest.”

For those who missed it, Spears blasted Cody Rhodes with an unprotected steel chair shot to the back of the head that busted open the AEW Executive Vice President (EVP) and wrestler after his match with Darby Allin at the AEW Fyter Fest show went to a Time-Limit Draw.

As noted, AEW has plans to make Spears a “key player” for the promotion, and his upcoming sit-down with J.R. appears to be part of it.

Check out AEW’s announcement regarding the premiere episode of The Road to AEW All Out below, and make sure to join us here at eWrestling.com on August 31st for live AEW All Out results coverage from Chicago, Illinois!

#BreakingNews Jim Ross has agreed to sit down with Shawn Spears, so he can explain his actions at #FyterFest on the first episode of The Road to #AllOut pic.twitter.com/fvwh82U78V