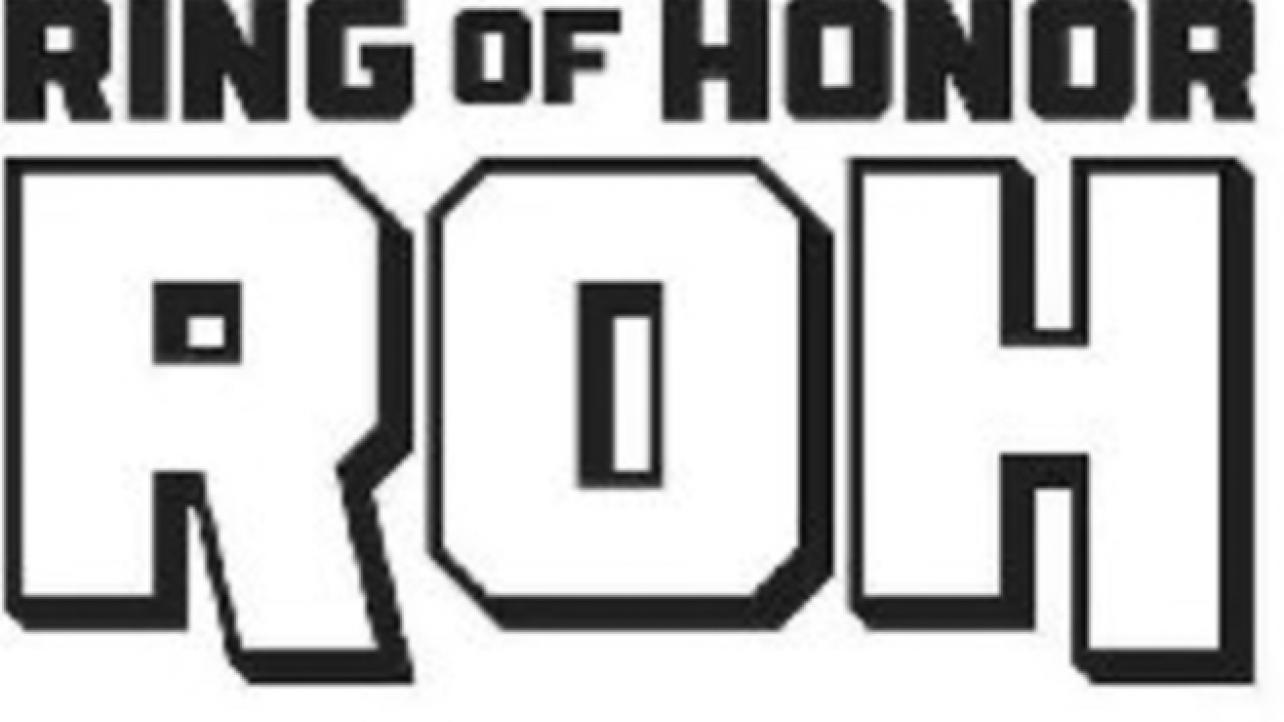 AEW Files Another Trademark On A Potential New Logo For ROH

On Thursday, May 12, All Elite Wrestling, which now owns ROH, filed to trademark a potential new logo for the company with the USPTO (United States Patent and Trademark Office) for entertainment services and the trademark filing was done through ROH Acquisition Co. LLC.

All Elite Wrestling previously filed to trademark the term “Ring Of Honor” as well as a potential new logo for the company this past May 6th with the USPTO (the United States Patent and Trademark Office) for entertainment services. The trademark filing was done through ROH Acquisition Co. LLC as well and the address that was listed for the company is TIAA Bank Field in Jacksonville, Florida, which is the home stadium of the NFL’s Jacksonville Jaguars.

AEW President and CEO Tony Khan announced on an episode of AEW Dynamite several weeks ago that he has purchased ROH and is now the new owner of the company. A number of ROH Stars have made appearances on AEW TV and a few of them have even signed a contract with All Elite Wrestling such as Jay Lethal.

Below is the use description submitted to the USPTO, along with an image of the logo:

“The mark consists of the words RING OF HONOR above the letters ROH, all of which are displayed in a stylized manner.”

AEW Files Another Trademark On A Potential New Logo For ROH